The Chumash Painted Cave State Historic Park first opened in 1976. It is situated on traditional Chumash territory, which stretched from the Pacific coast to the Santa Ynez Mountains. The cave itself is found in Santa Barbara, California. It is carved from large sandstone boulders. The walls of the cave are adorned with some of the best preserved rock art from the Chumash Native Americans. Anthropologists have dated the cave paintings to around the 1600s or earlier. The cave was used for ceremonial purposes, but use was discontinued in the 1700s with the arrival of the Spanish. Today the state park is dedicated to continuing the legacy of the Chumash people. 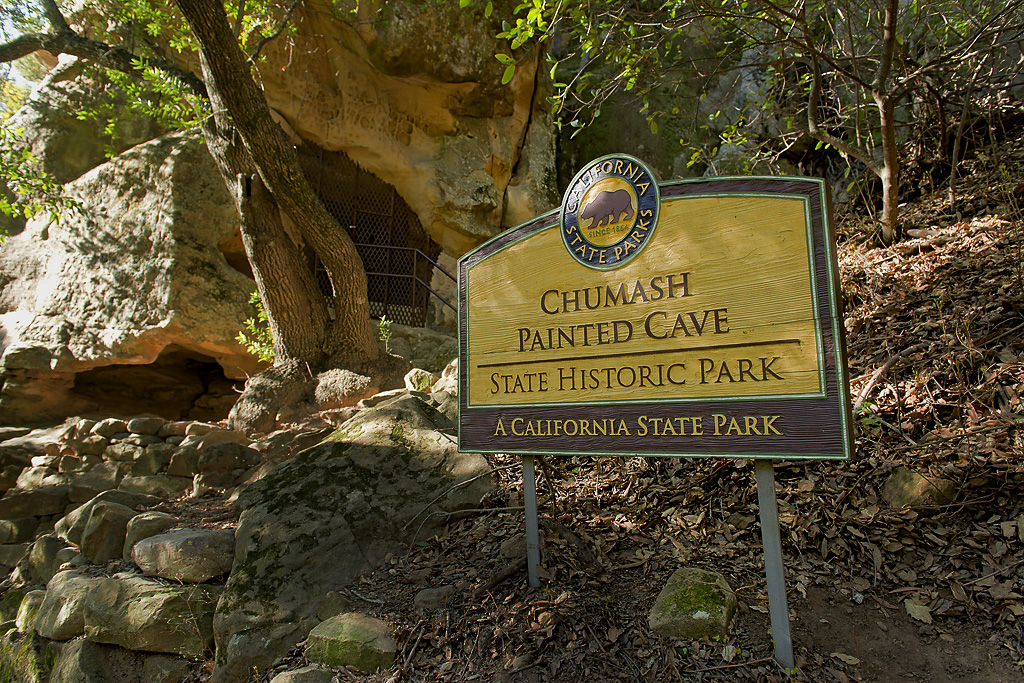 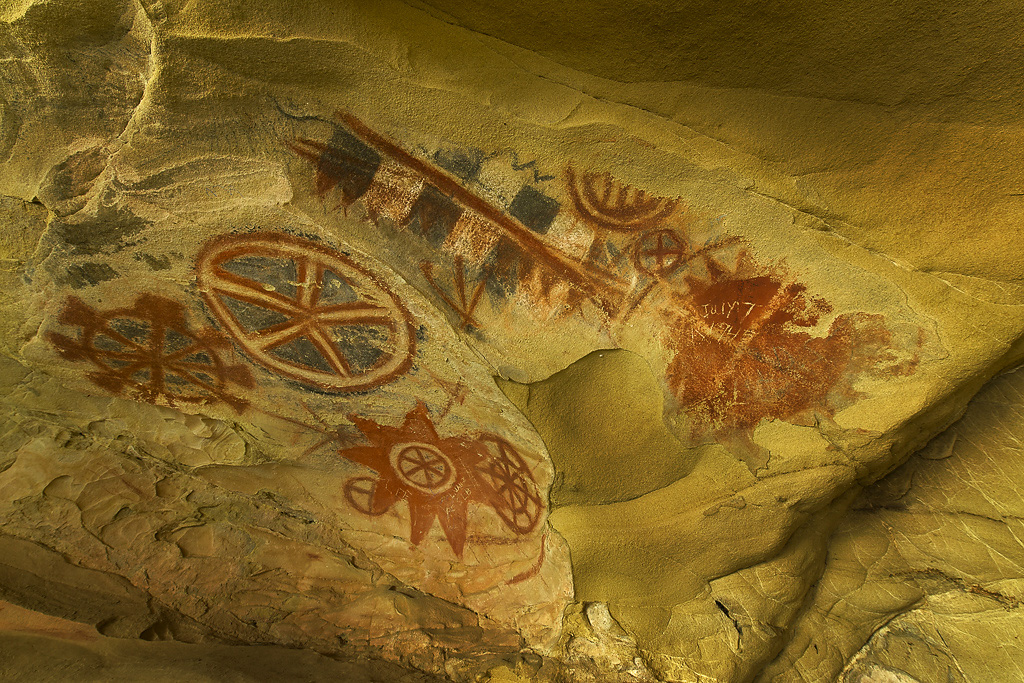 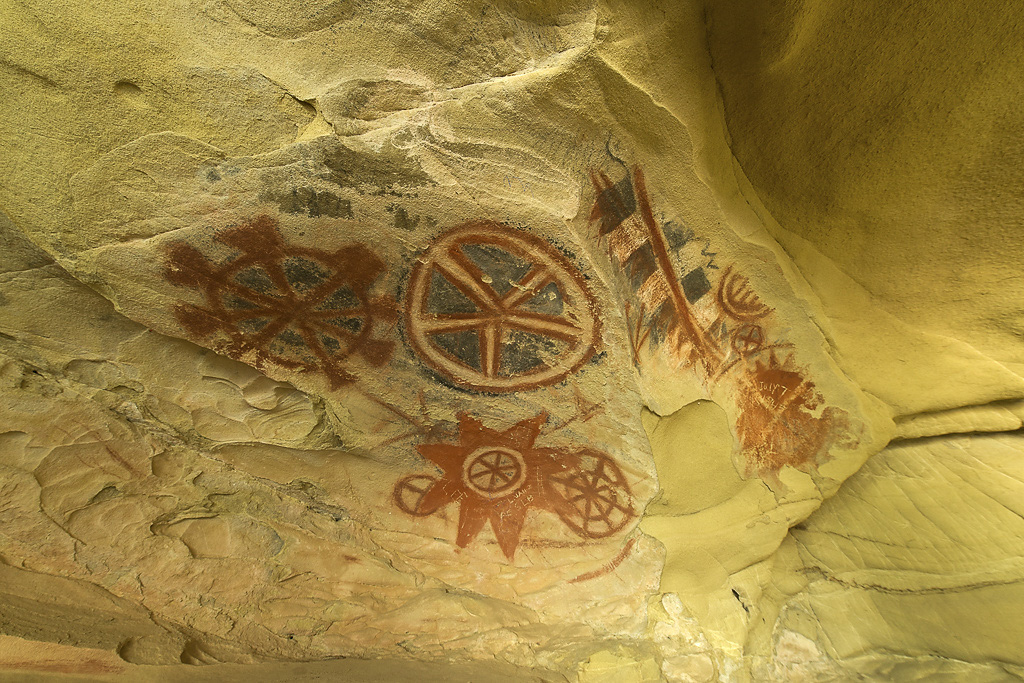 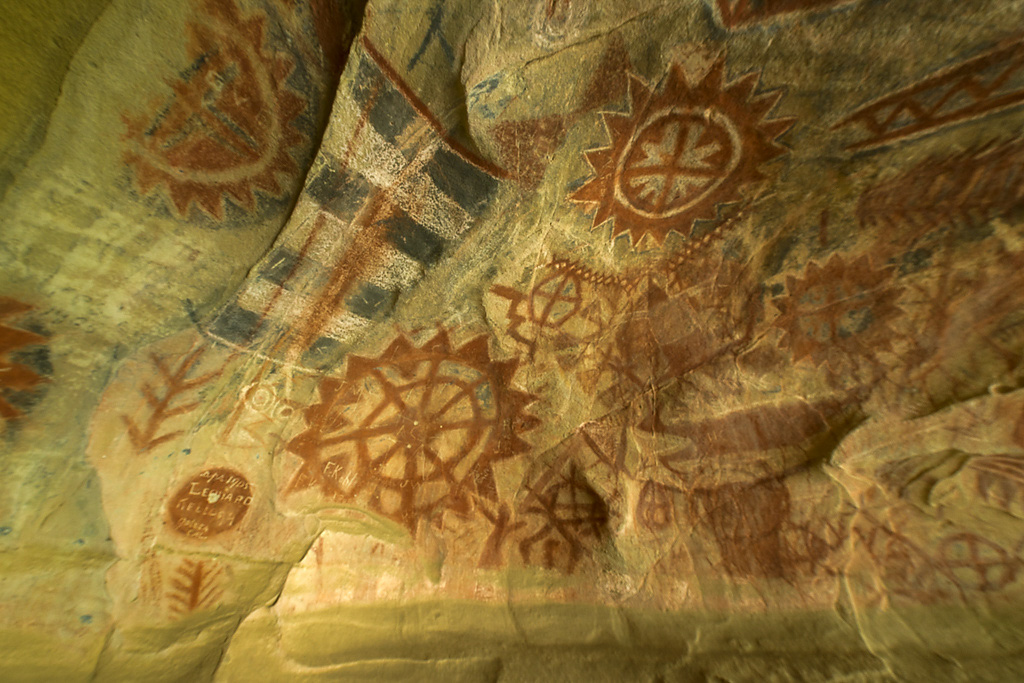 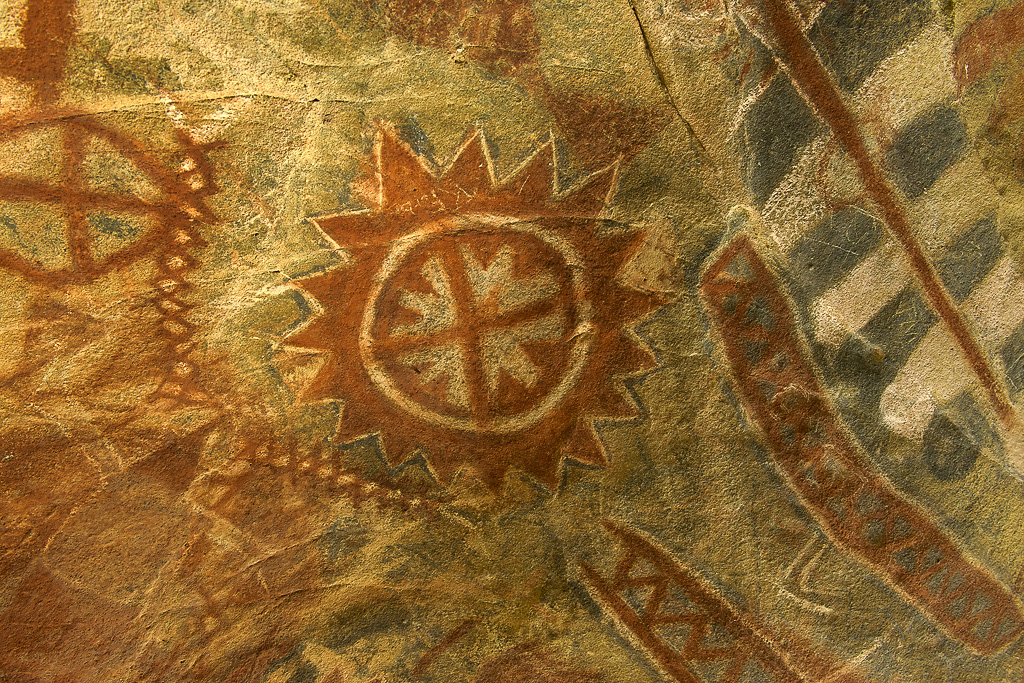 The Chumash created a well-developed society in the Santa Monica Mountains, hundreds of years before European arrival. Their culture was a multidimensional politico-religious system. They had well defined social classes, with the chief being highest among them. The Chumash had a multitiered administrative system with members coming from high ranking families, who were also members of a secret men’s society, known as ‘antap. The Chumash had a strong oral tradition of storytelling.

They had their own economy as well, consisting of a complex bead money system. A system of commerce was needed because of the extensive trade the Chumash took part in beyond their borders. The Chumash’s proximity to the Pacific Coast meant that they were primarily a seafaring culture, conducting trade via the waterways available to them. They would often travel in planked canoes, called tomols. They were a hunter-gatherer society, utilizing both plants and animals for their survival.

The particular Chumash tribe who made the paintings found in Chumash Painted Cave State Historic Park were the Barbareño. They were one of the largest tribes in California, numbering over 15,000 prior to the arrival of Europeans. Santa Barbara, or as it was formerly known, Syukhtun, was the capital city of Chumash lands. The cave was known to the Chumash as Alaxuluxen. The cave receives its name from the present-day Chumash elder Ernestine Ygnacio-De Soto’s great-great grandmother, Maria Ygnacio. Maria was the daughter of the last chief of Syukhtun.

The Chumash have a very particular style of cave painting. Chumash cave art is usually identifiable by their minute attention to detail and their use of bilateral symmetry. The Chumash also have certain reoccurring motifs, such as the aquatic motif, and a technique of painting that includes the use of dots and lines. In particular, there are four distinct styles of Chumash painting. The first is the oldest style, consisting of narrow lines and cross-hatching done in charcoal. The second style is characterized by its geometric patterns and thick red lines made from ground ochre. The third style is much more complex than the first two, consisting of circular designs, figures, and animals. The last style is not its own distinct style, but rather it is any additions or maintenance done to the third style. The importance of the fourth style is that it maintains and reinforces the meaning of the third style.

Most people wonder at the meaning of the cave paintings, but the fact of the matter is most people are not quite sure. The tradition of passing down the meanings has been long forgotten since the arrival of the Europeans. They could have been done for a diverse range of reasons. What is clear though is that a strong understanding of Chumash culture is required to try and understand the purpose and meaning of the paintings.

With the current understanding of Chumash culture and religious practices, efforts have been made to theorize the meaning of the paintings in Alaxuluxen. It is thought that the paintings could have been done for religious reasons, and represent celestial beings painted during a ceremony to try and keep the celestial world in balance. Caves, such as Alaxuluxen were often used for ceremonial purposes so it seems likely that the paintings could have ceremonial meanings.