Built in 1889, the Altenberg House sits at the corner of 10th and Cumberland Streets in the northeastern quadrant of Little Rock’s Quapaw Quarter. The Quapaw Quarter is a section of Little Rock which comprises its oldest and most historic business and residential neighborhoods. The name Quapaw comes from a corruption or mispronunciation of a word for a Native American Tribe which originally inhabited the area where the city of Little Rock is now situated. This name was informally applied to the land west of the original city of Little Rock in the nineteenth century. Then, in 1961 the name of Quapaw Quarter was more formally assigned. Now, it is a well-loved and treasured historic district featuring constructions of the Victorian, Queen Anne, Colonial Revival, Georgian Revival, Greek Revival, Italianate, and Craftsman Styles. 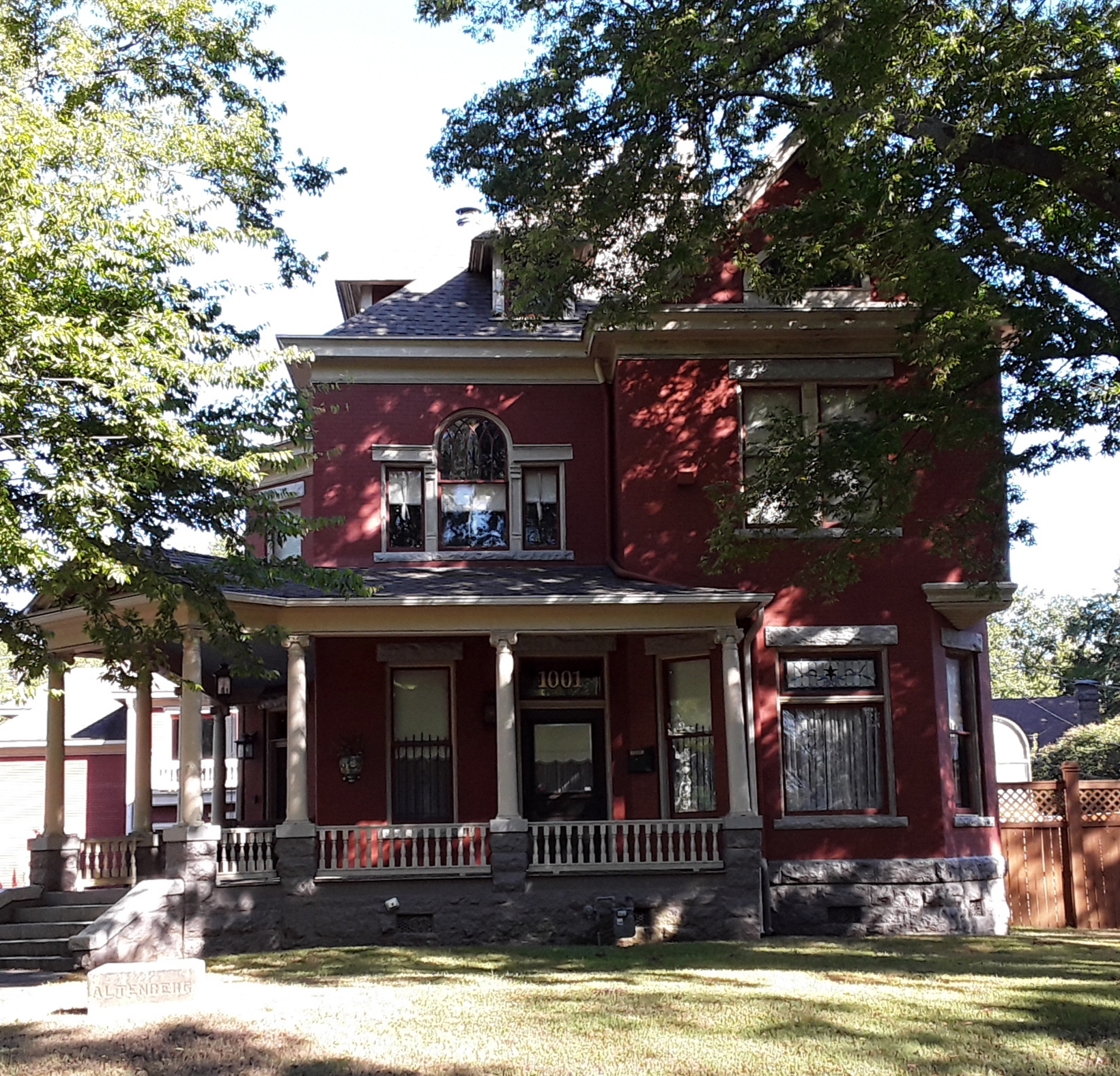 According to the Quapaw Quarter Association, the Altenberg House combines characteristics of the Queen Anne and Colonial Revival styles.

Queen Anne Style In the United States refers to a wide range of picturesque buildings which borrow freely from the architectural features of the Italian Renaissance and avoid the features of English Gothic. Queen Anne Style runs from approximately 1880 to 1910 and refers to architecture, decorative arts, and furniture. In architecture, the Queen Anne Style incorporates distinctive gables and turrets, asymmetrical facades, dominant front-facing gables which are often cantilevered out beyond the supporting wall, pedimented porches, balconies, overhanging eaves, leaded glass, dentils, balustrades, columns, and wooden or slate roofs.

Colonial Revival Style is based on the design plans used by the earliest English and Dutch settlers of North America.

With its rounded bay window area and asymmetrical façade, the Altenberg House demonstrates the Queen Anne Style. The Colonial Revival Style is reflected in the porch columns with their capitals styled in the Greek fashion so admired by early American builders.