D.E. Abbott, the namesake of the theater 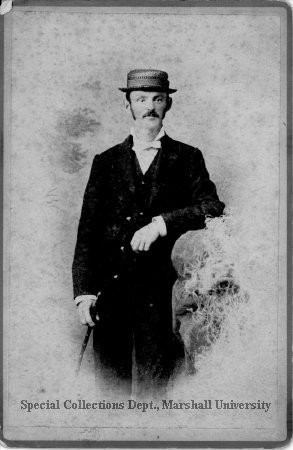 The Abbott Theater was a popular movie house prior to World War II and was home to performances by the Community Players for nearly forty years..

The marquee of the Abbott 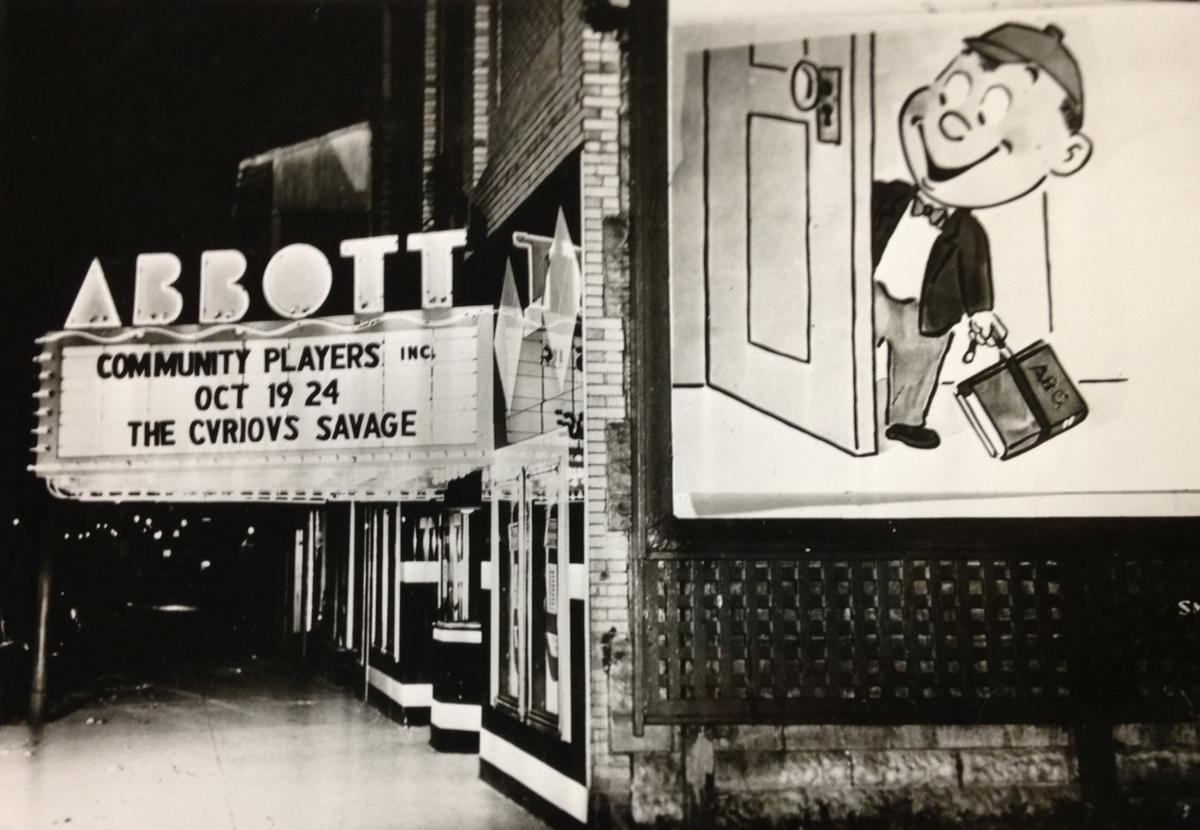 The Abbott marquee advertising a performance by the Community Players 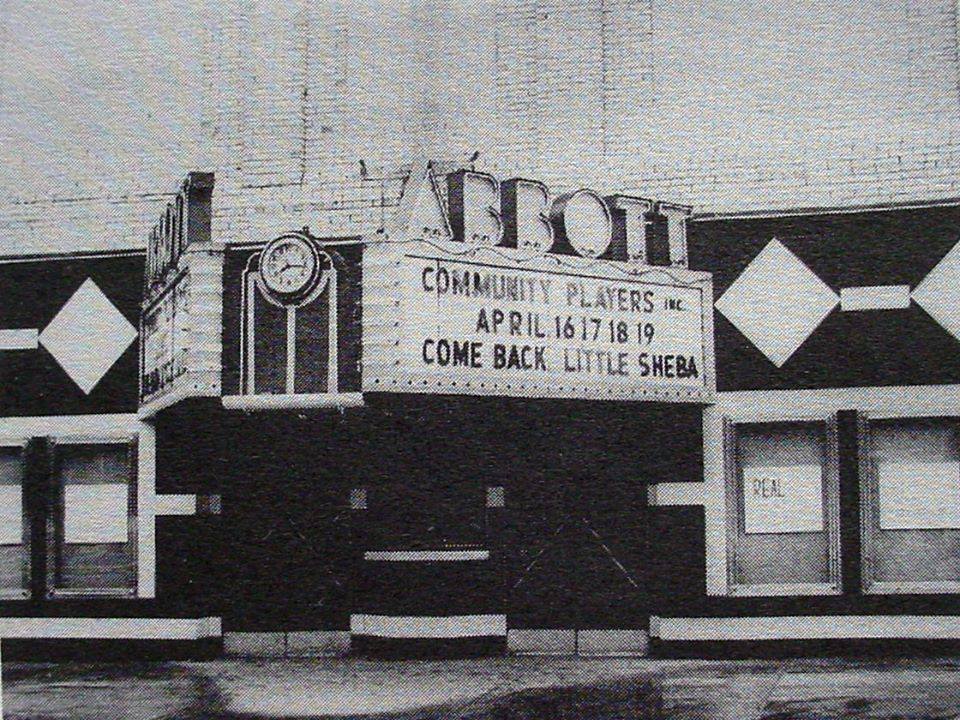 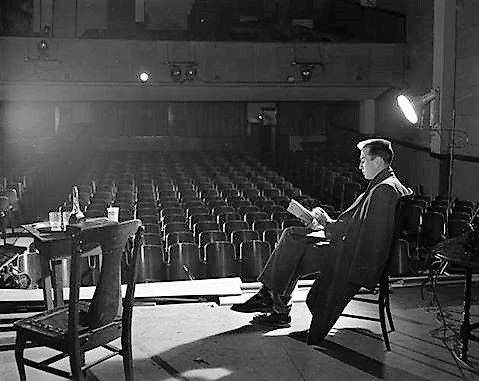 The Community Players during "Bye Bye Birdie" in 1971 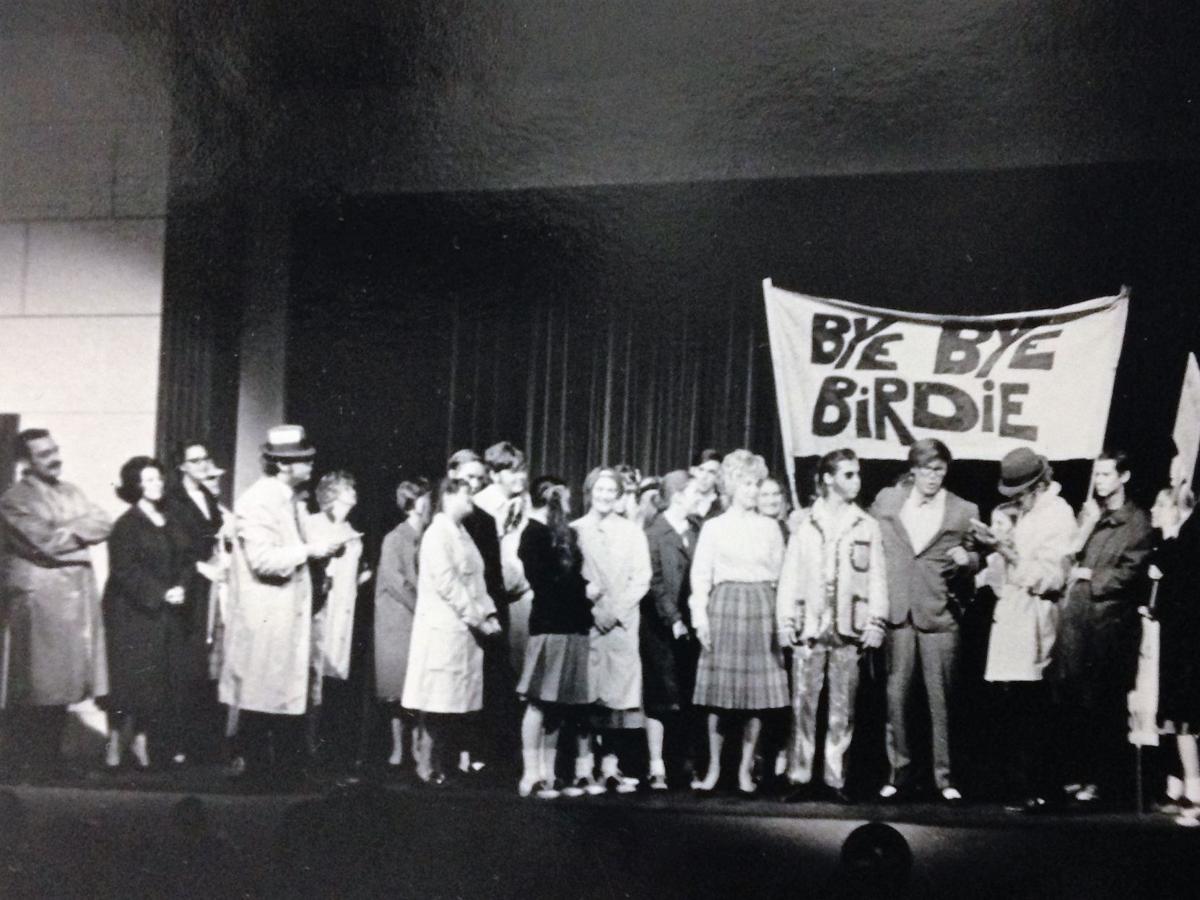 In 1938, W.E. Neal erected the Abbott Theater on a lot of land he purchased from the West End Realty Company. The theater was built at a cost of $1,700, or about $30,000 in today’s dollars. The new theater was situated in Central City, which was once a town of its own. After beginning as several farms, by the 1890s Central City had become a prosperous industrial town due to the availability of raw materials, transportation facilities, and low-cost fuel. By the time the Abbott opened its doors, Central City had been annexed by the City of Huntington, and the neighborhood was commonly referred to as the West End.

W.E. Neal named the theater after Darwin E. Abbott, a well-known figure in Central City. Abbott arrived in Huntington in 1873 at seventeen years old. He attended Marshall Academy (now University) before becoming a freelance photographer. During the 1880s, he opened a photo studio on the 900 block of 4th Avenue, and soon expanded to sell photo supplies and photoengraving. In 1898, Abbott purchased the Addison, Thompson & Associates factory and began manufacturing picture frames and moldings. The factory proved to be one of the city’s most successful enterprises, although Abbott sold his company in 1919. Following the sale, he maintained a photo studio until his death in 1942.

During the 1930s and 1940s, the Abbott was a popular movie house in its Central City neighborhood. Small, second-run theaters like the Abbott screened movies that had already been shown weeks or even months before in the larger downtown theaters. Film studios charged second-run theaters less for movies that were being re-released, allowing these theaters to offer customers cheaper ticket prices. Every Saturday, residents of Huntington’s West End flocked to the theater for special deals: for only 25 cents, moviegoers could watch a variety of dramas, comedies, and westerns, while paying only 10 cents each for popcorn and sodas.

The Abbott screened its final movies in 1951. The following year, Neal leased the theater to Community Players Inc., a local theater company. The Players remodeled the former cinema to suit its new role as a live performance venue. They expanded the small stage, installed stage lights and a control panel, and built dressing rooms. The Community Players eventually purchased the theater in 1954. Over the years, the company staged countless productions, bringing popular shows like “Bye Bye Birdie” and “Death of a Salesman” to Huntington audiences.

The Community Players operated out of the Abbott for almost forty years. Over time, however, the condition of the old theater steadily deteriorated. By the early 1990s, the theater was in need of a new roof and other expensive repair work. The Community Players could not afford to make these repairs, leading its board of directors to ultimately close the theater. The building briefly sat vacant until it was damaged by a fire in 1994, leading the City of Huntington to demolish the Abbott that December. The site of the former cinema is still a vacant lot today, but a mural on the old St. Cloud Fire Station, painted in July 2019, includes the Abbott as an ode to Central City’s history.