Located across the street from City Hall, First Presbyterian Church is one of the oldest major churches in the city. Built in 1908, it is an impressive example of Victorian and Romanesque architecture. The church features fine buff brick with stone trim, a corner tower, three arched door openings, and a rose window over the main entrance. Inside, the building features original pews, an organ with painted pipes, and a restored beaded board wooden ceiling.

First Presbyterian Church was built in 1908 and is one of the city's most well-known landmarks. 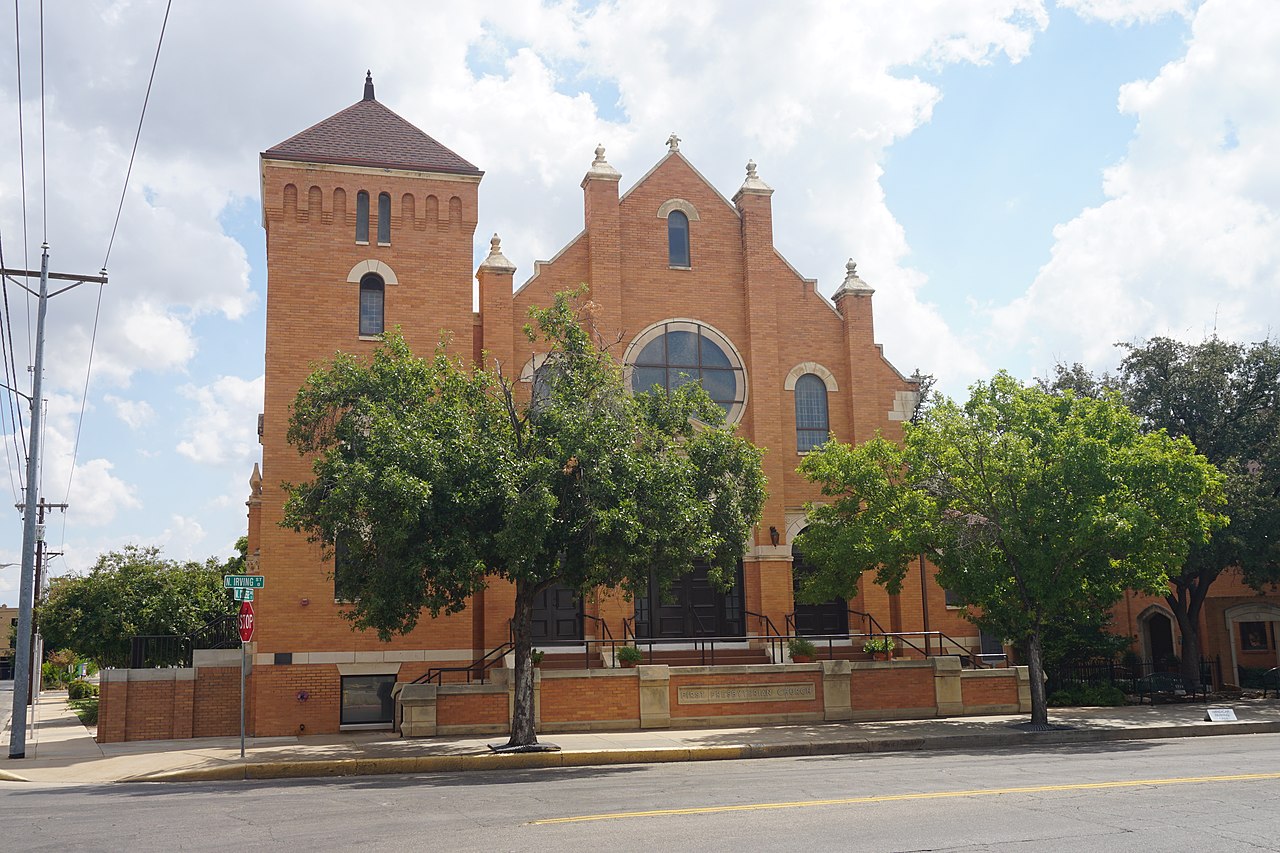 The impressive interior features original pews, an organ, and a beaded board wooden ceiling. 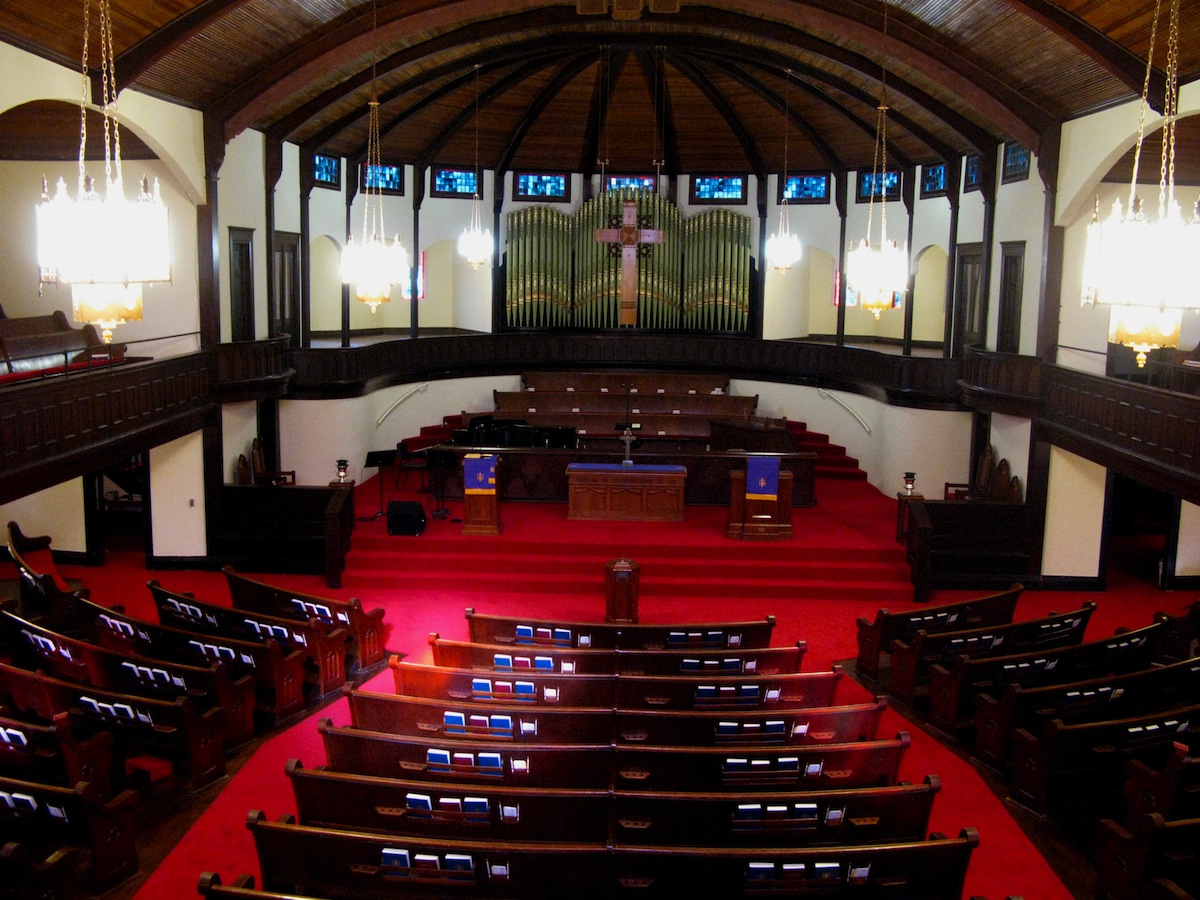 First Presbyterian Church was founded in the mid-1880s by a group of 35 members, who built a small church that was located on the corner of College and Irving Streets. By 1906, the church had 200 members. As a result of this increase in membership, the congregation decided to build the current building. The tower was originally much taller (nearly twice in height) but it was shortened in the 1930s because of structural issues. The church used to have a pastor's study, library, classrooms, and a hall in the basement. It also even featured a water-powered organ. The church was added to the National Register of Historic Places in 1988.