Located across the street from the Cactus Hotel, the O. C. Fisher Federal Building is one of San Angelo's most architecturally significant buildings. Erected in 1911 (and later expanded in 1932), the building is an especially fine example of Italian Renaissance Revival architecture. Designed by architect James Knox Taylor, it is named after Ovie Fisher Clark (1903-1904), a conservative Democrat who served in the U.S. Congress from 1942-1974. The construction of the building was significant in that it represented San Angelo's status as a well-established city—worthy of federal presence—in the early 1900s. Added to the National Register of Historic Places in 1988, the building continues to serve as a federal courthouse. A local office of the Internal Revenue Service is also located in the building.

The O. C. Fisher Federal Building and U.S. Courthouse was built in 1911 and a striking example of Italian Renaissance Revival architecture. 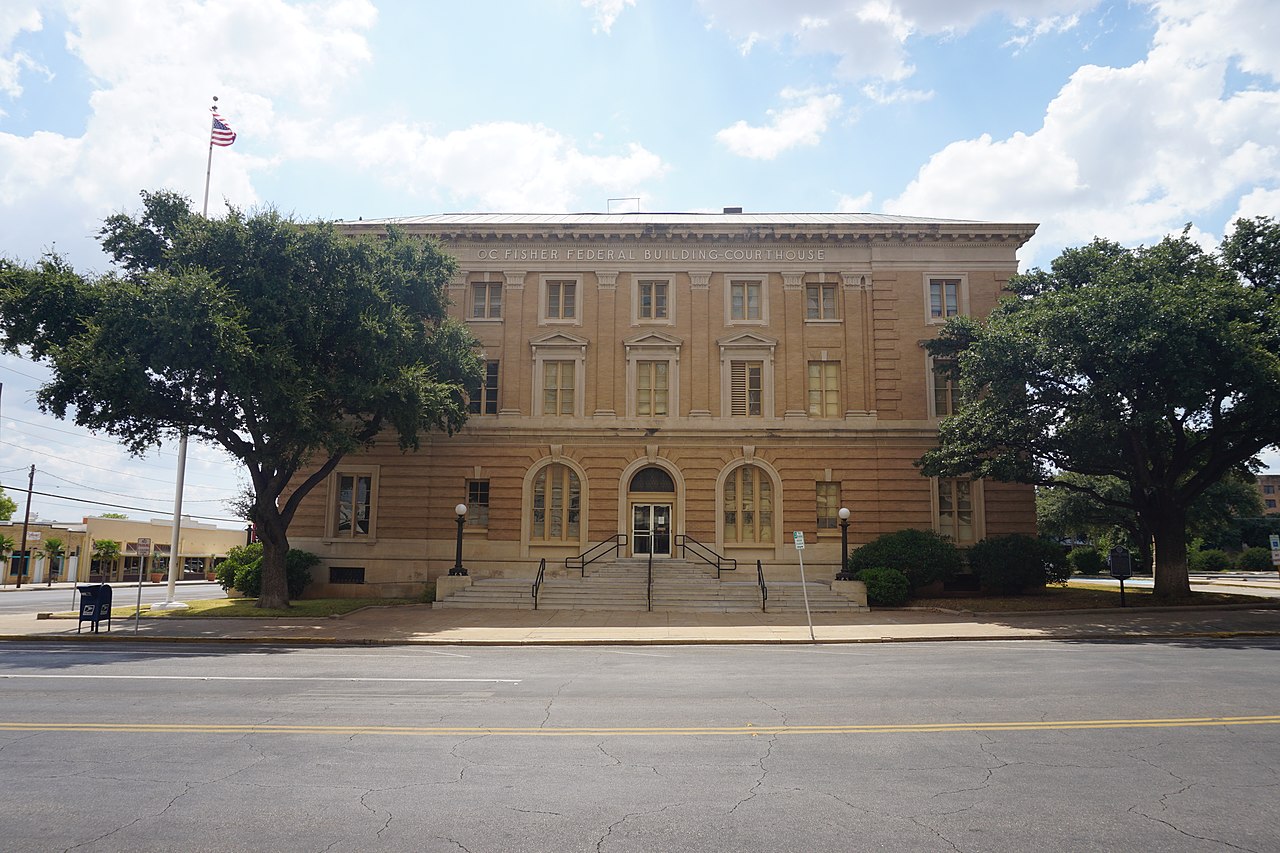 O.C. Fisher was born on November 22, 1903 in the town of Kimble. His family moved to the town of Junction, where he spent the rest of his childhood. After graduating high school, Fisher studied at the University of Colorado and the University of Texas. He earned a law degree from Baylor University in 1929 and passed the bar exam that year. He spend the next two years in San Angelo practicing law then became the county attorney for Tom Green County, a position he held until 1935 when he was elected to the Texas legislature. He served in the state legislature before becoming the district attorney for the 119th District in 1937. Fisher held that position until 1942, when he was elected to Congress. He passed away in 1994.