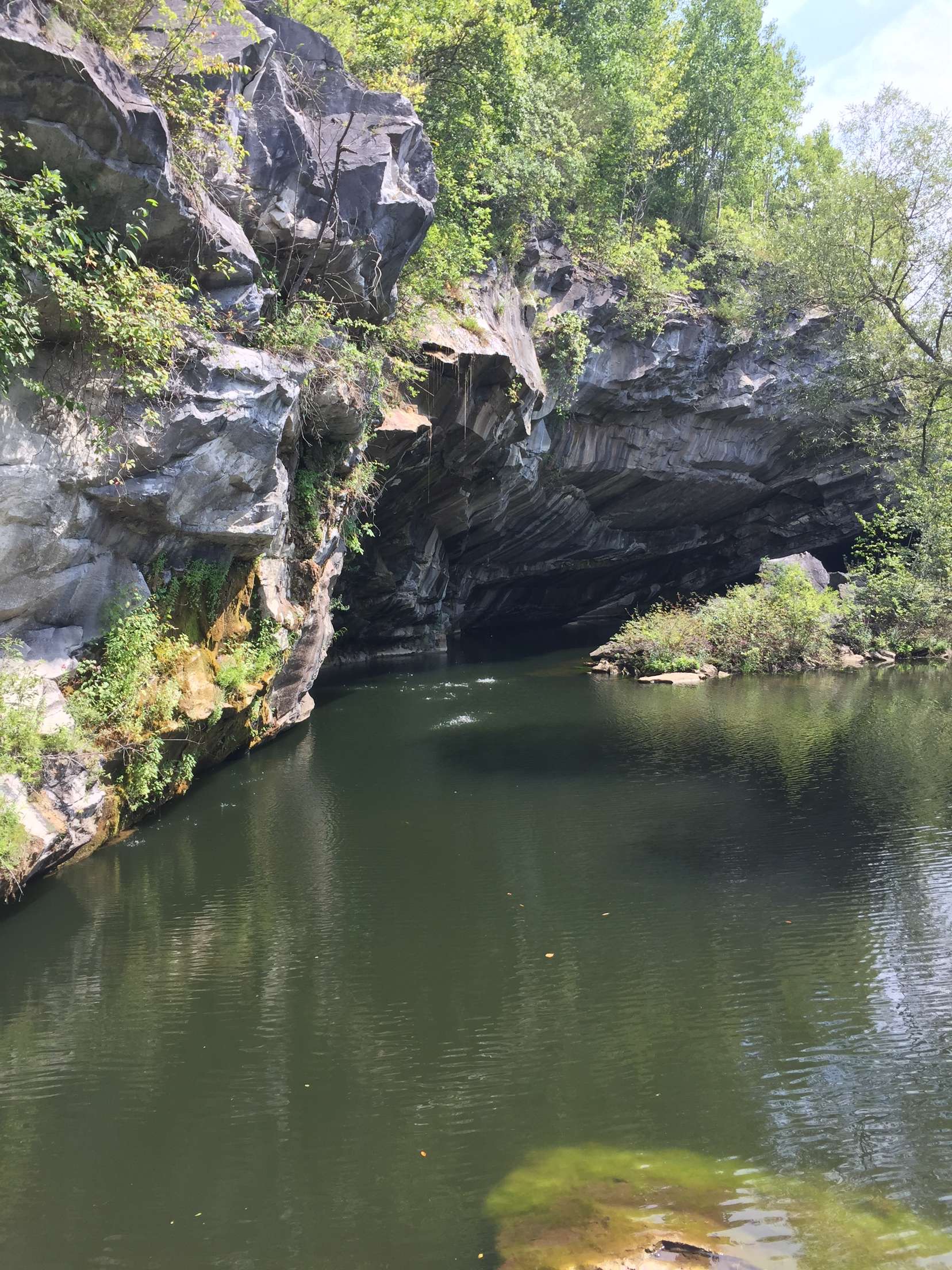 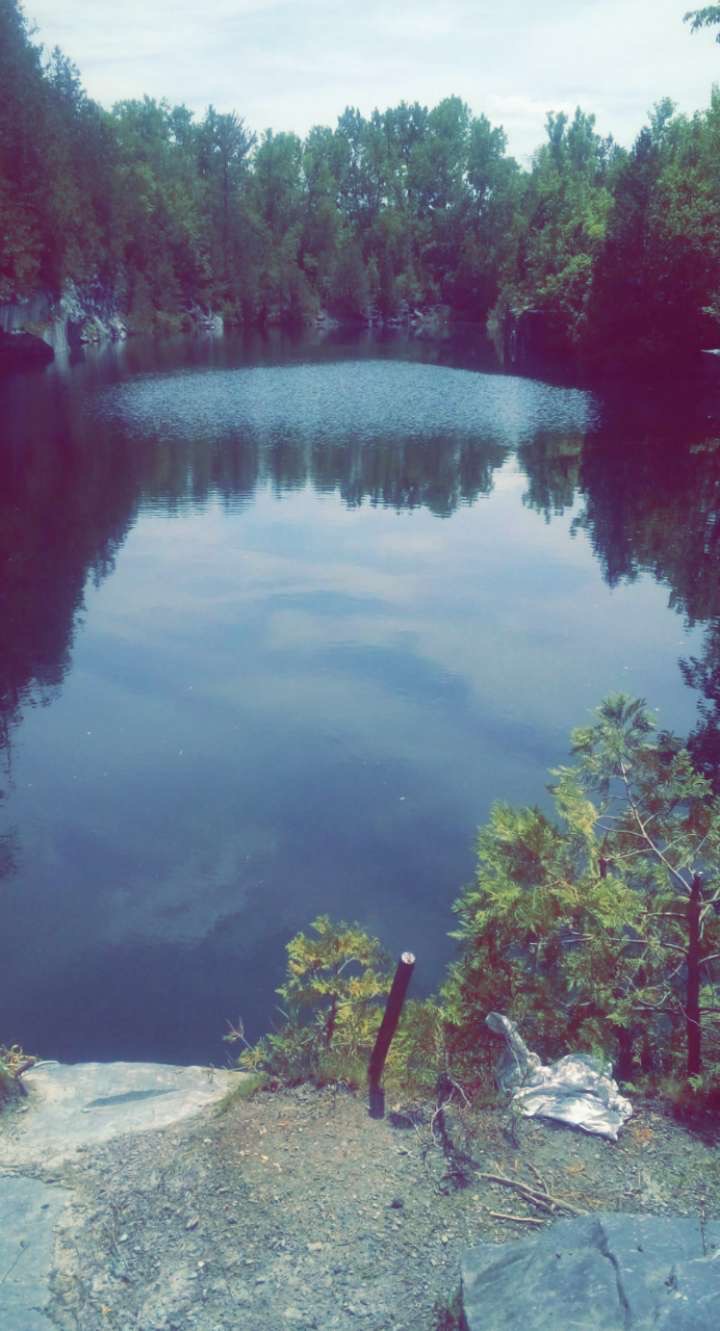 Antique image of the quarry 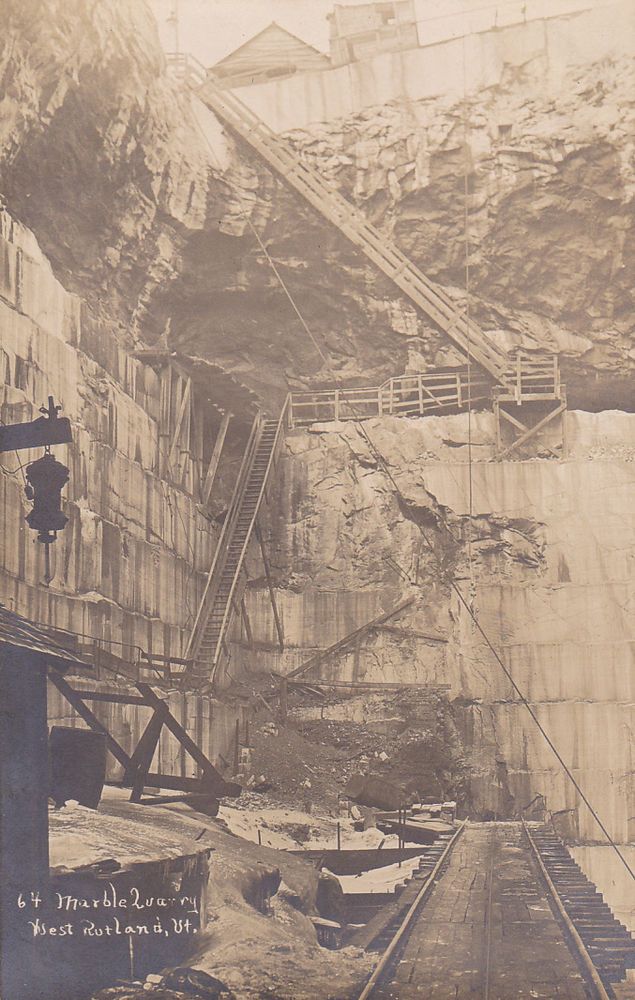 Back of the original image from the 1870s 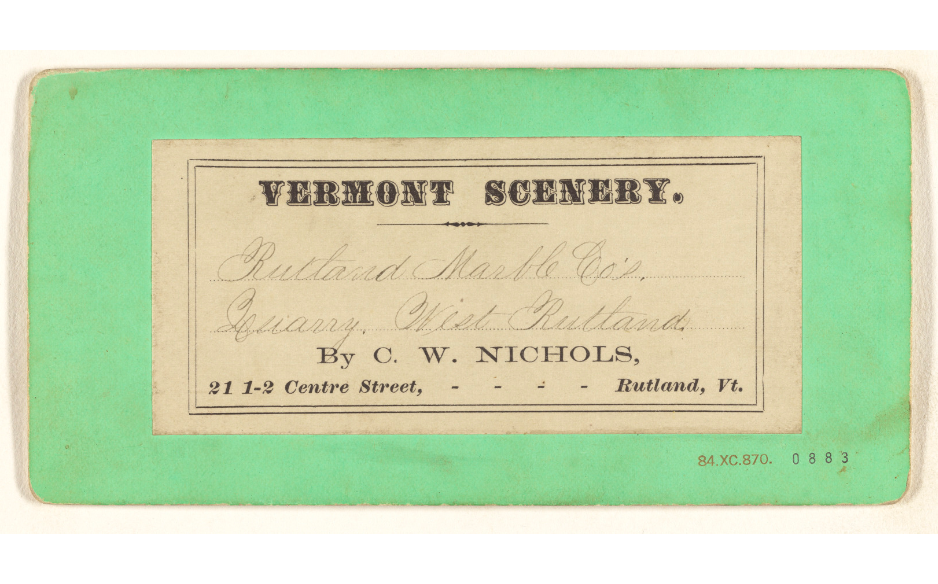 Front of the original image from the 1870s 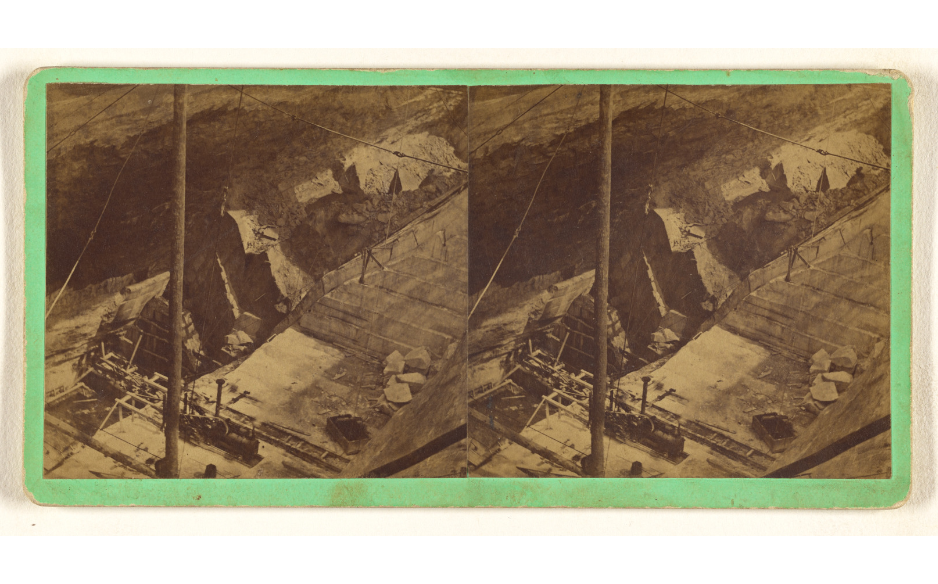 After the initiation of the railroad, the population in West Rutland boomed. The quarry was worked mainly by Polish and Irish immigrants, and most lived in the houses that were built for the workers. The work at the quarry allowed for men to make a steady living and care for their families. Before the quarry was commercialized, it was used for smaller household things like building fireplaces, and in one case, the marble was used as a foundation for a house. The marble industry became very lucrative and was responsible for the flourishing of West Rutland. Most quarries around the country were not successful until the railroad was fully functional because there was a lack of transportation for the large pieces of marble that were being extracted.

The Proctor Marble Company also flourished. So many people were hired due to the size of the quarries, it became the reason that the town of Proctor Vermont was created. The quarry owners provided living spaces for their workers, and this developed into the town that is as known today.

The new town of Proctor was to serve as the Marble Company headquarters. Many of the immigrants from various origins, such as Italy, Ireland, Poland, Sweden, and other western European countries, had lived within the town of Proctor. They created municipal buildings, ancillary offices, and office buildings located across Otter Creek. The Vermont Marble Company has pieces of marble all over the world but also locally. The Otter Creek bridge, West Rutland School, different churches around the county, and many other structures, are made with Vermont Marble Company products.