Over its now 173 year history, the First Church of Oberlin has a storied past, serving as a pulpit for religious, social and moral leaders alike. It holds the distinction of being the oldest building in Oberlin that still serves its original purpose. It is a City of Oberlin Historic Landmark and was added to the National Register of Historic Places in 1978. 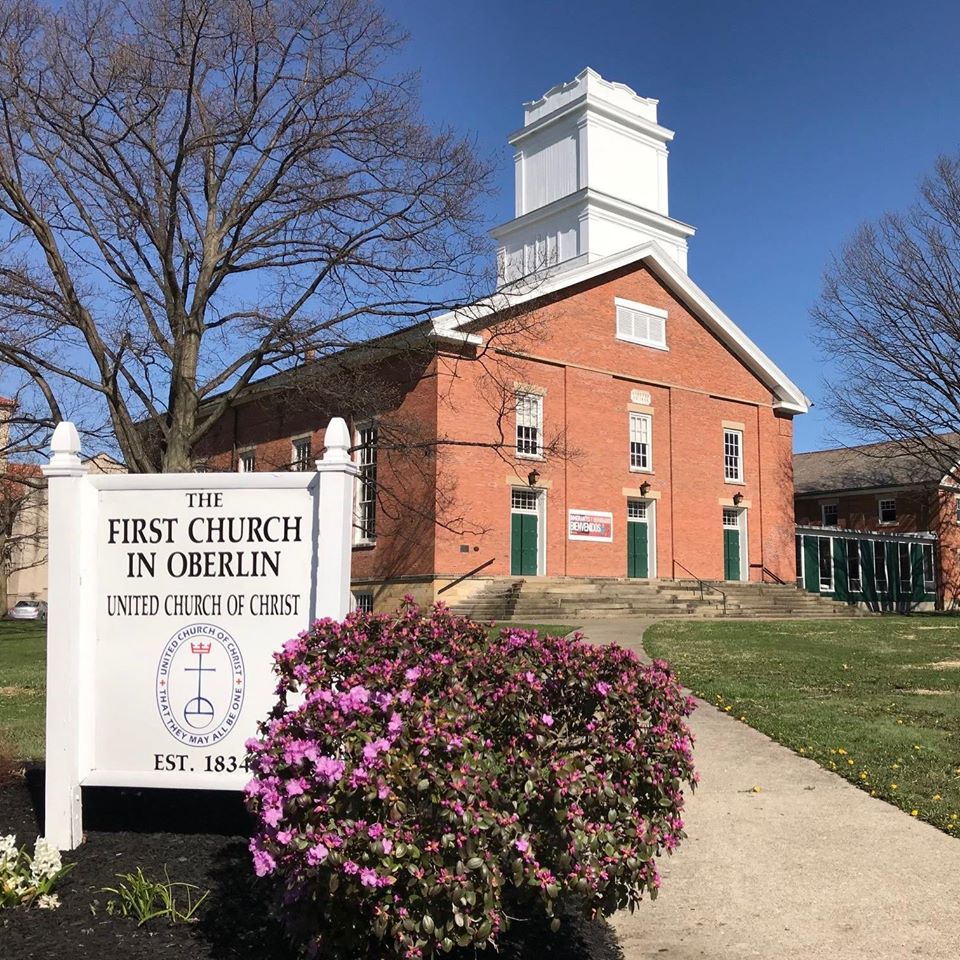 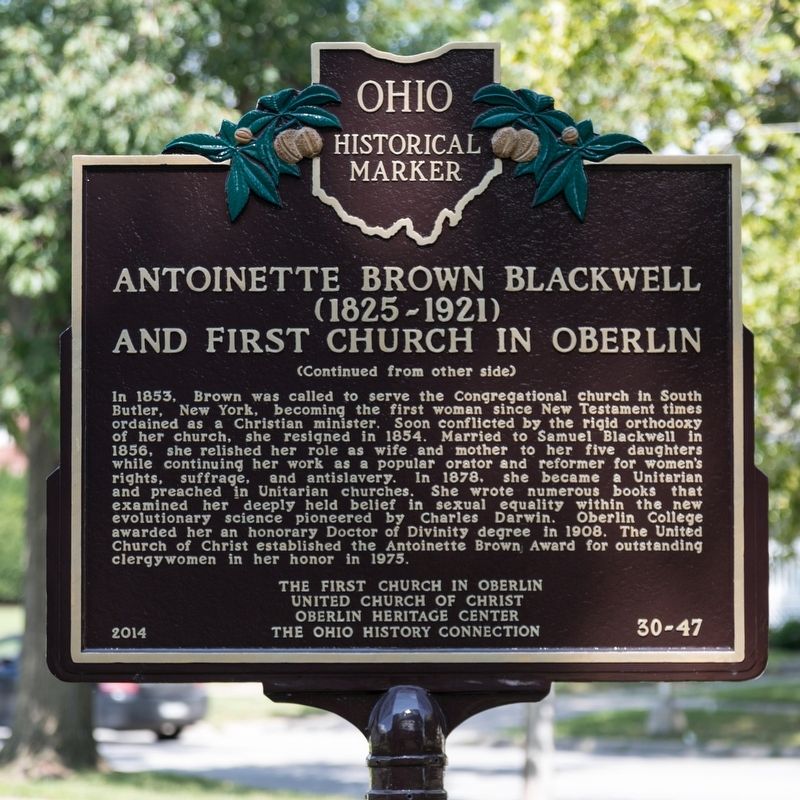 Shortly after the founding of the Christian perfectionist community of the Oberlin Colony, the church was organized in 1834, worship took place within other early structures in the town. One of the co-founders of the community was Reverend John J. Shipherd who served as the first minister until 1836. The next minister and Oberlin College’s second President, Reverend Charles Grandison Finney, would help shape much of the next four decades in the community, the college and church at the center of it.

By 1841, the congregation that had started with a membership of 61 had quickly outgrown every space available for meeting within the town. The initial suggestion of expansion came from Rev. Finney, without any consultation with anyone else, announced in the spring of that year that the congregation should meet the next day to discuss the building of a new church. The next year was spent raising money for this purpose, as well as in kind gifts of labor and materials that could be converted to funds. The first stone was laid in June of 1842, and the building itself was constructed over 1843-1844 and upon completion it was the “largest building west of the Allegheny mountains”. The iconic tower was added in 1845. It served as the sole religious congregation in Oberlin from 1843 to 1860, when membership had swelled to over 1500 people; the congregation organized a second church.

The church has acted as a religious space as well as playing host to speakers such as Ralph Waldo Emerson, Frederick Douglass, and Martin Luther King Jr. The outline of the meetinghouse looks very similar to its historic past, while renovations and additions have occurred over the decades. In 1927 the pulpit and organ loft were redesigned, in 1983 a new ceiling was put in and in 2004 a new organ. Renovations are currently ongoing.

In 2014 an Ohio Historical Marker was placed commemorating the history of First Church and Antoinette Brown Blackwell, an Oberlin College graduate and one of the first women to be ordained as a minister in 1853.