In 1929 trustee donor Thomas Cochran and architect Charles Platt convinced the trustees to set aside a lightly forested area north of Rabbit Pond formerly known as Missionary Woods, a reference to the pioneering Christian Mission work undertaken by early graduates of Andover Theological Seminary. With that land and a large adjacent tract that Cochran purchased, Phillips Academy hired the Olmsted Brothers to design a bird sanctuary. 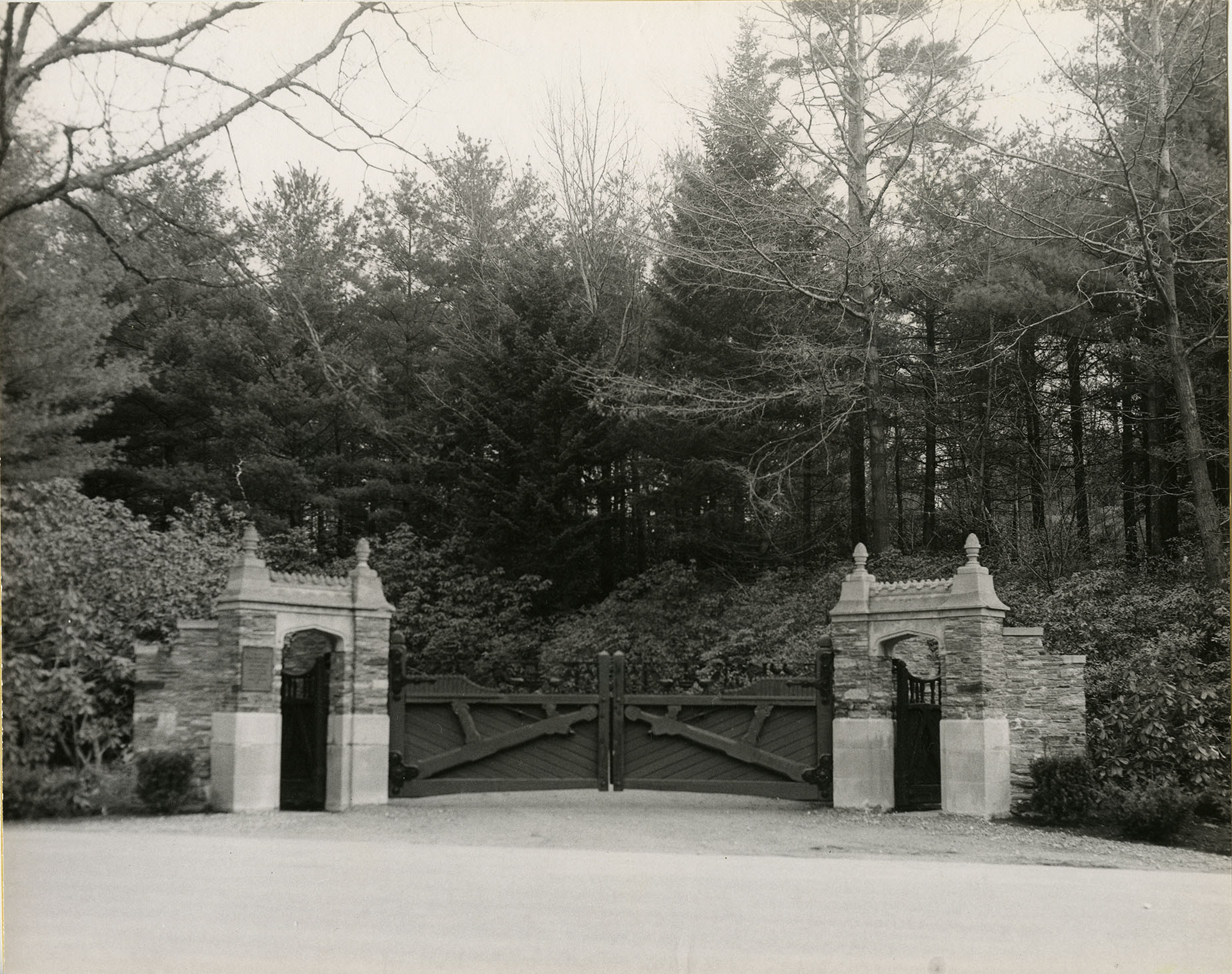 Between Hale House and Fuess House, modernist dormitories built in the 1960s, is a stone and wood gate designed by artist Stuart Travis as the entrance to the sanctuary. Travis worked on the Andover campus for many years, painting murals in the Oliver Wendell Holmes Library and the Peabody Museum.

The sanctuary began modestly enough, with the construction of two small islands in Rabbit Pond for duck shelters. Platt and Cochran, never satisfied with less than spectacular results, soon were concocting a bigger and better version. With the expertise of the Olmsted Brothers landscape architecture firm and a virtually unlimited budget provided by Cochran, they completely changed the topography of the old Missionary Woods and adjoining fields. Between the spring of 1929 and the spring of 1930, they dammed an existing stream to create two new ponds, laid out three miles of gravel roads and built bridges for pedestrians. They added dozens of new azalea, wild blueberry, laurel, and rhododendron bushes to the wooded site. Finally, hundreds of birds--ducks, geese, swans, quail, and pheasants--were brought in for the edification and enjoyment of Phillips Academy students. To protect the birds from predators, they fenced the whole site at a cost of $39,000.

This ambitious sanctuary proved very expensive to maintain. After Cochran's death, the trustees decided to surrender the concept of a refuge, and the birds were sold or released to the wild. Over the years, the plantings have been allowed to naturalize. The dam, however, is carefully monitored as a flood control precaution.

In 1910 a granite boulder near Rabbit Pond was dedicated as a memorial to the Andover Theological Seminary students who established the American Society of Missions.