Built around 1830-1835 for the descendant of one of the earliest European settlers in western Virginia, the Garrett VanMeter House was once home to one of the wealthiest families in Hardy County and the surrounding region. After its construction VanMeter lived in the house until his death in 1865, operating a 368-acre plantation from there that included surrounding fields, a barn, a tenant’s home, and several outbuildings. During the majority of his life, VanMeter’s plantation relied on slave labor. The escape of three of these slaves through the Underground Railroad network from Hardy County to Pennsylvania embroiled VanMeter in a years-long lawsuit that received national attention. After his death, VanMeter’s home was sold to another family and passed through several hands before being separated from the rest of the land in 1974 and becoming part of a 4.87-acre parcel that is now listed on the National Register of Historic Places. 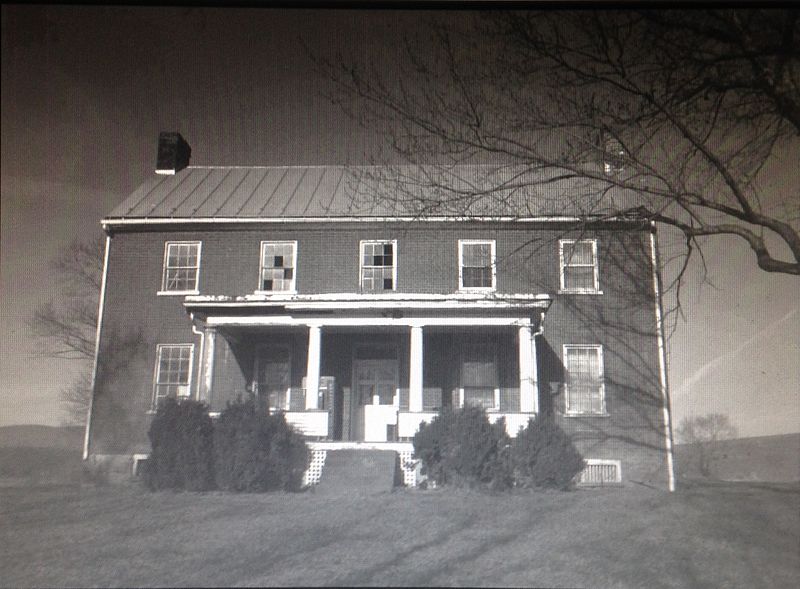 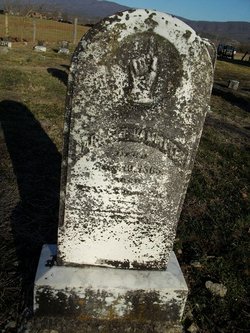 The VanMeters (spelled variously as Van Meter, Van Metre, and Vanmeter) were among the earliest European settlers to what is now West Virginia. In the 1720s, the VanMeters led a group of Dutch Protestants from northern New Jersey to what was then the western frontier of the colony of Virginia. They received a grant for 40,000 acres from the colony in 1730 and Isaac VanMeter settled on this land in 1744. Early on, the VanMeters had to compete with Lord Fairfax in their claim to the land. Fairfax, whose agent George Washington surveyed the VanMeter territory as part of his employer’s grant lands in the colony, eventually lost his case against the VanMeters after the American War for Independence. By then, Isaac VanMeter had been long dead, killed in an Indian attack in 1757. His son, Garrett VanMeter, continued his father’s claim on the land and remained in residence at Fort Pleasant, the defensive structure Isaac built to defend against Indian attacks like the one that eventually led to his death. Garrett, who served as a colonel during the American War for Independence, had two sons. The younger, Jacob (who served as a colonel during the War of 1812), was the father of the Garrett VanMeter that built his house between 1830 and 1835.

Unlike his father, Garrett VanMeter was the elder of his father’s two surviving sons. Born on April 20, 1806 to Jacob VanMeter and his wife Tabitha, Garrett VanMeter inherited two tracts of land along the South Potomac River that Jacob had purchased from Peter Higgins in 1804. The first, totaling 368 acres, eventually became the site of Garrett’s home while the second, 480 acres, served as agricultural land. Garrett’s brother Abraham, meanwhile, inherited his parents’ home, in which Garrett lived until construction finished on his future house. Jacob’s will stipulated, however, that Abraham use his inheritance to cover half of the expenses Garrett incurred while building a home of his own. Because Abraham was born in 1824 and Jacob died in 1829, Garrett had the unusual experience of living as his five-year-old brother’s guest and relying on him financially. Fortunately for Garrett’s pride, his house took only a few years to complete and by 1840 he had settled fully into his new home on his own lands.

Garrett VanMeter did not toil in obscurity in his new home for long. Within a few short years, he had become the epicenter of a court case that received national attention within the context of the growing divide over the issue of slavery. In 1845, three of his slaves fled his plantation in Hardy County for freedom via the Underground Railroad to Pennsylvania. Anthony B. Hollingsworth, Charles Brown, and Jared Harris arrived in Indiana County, Pennsylvania from the VanMeter Plantation and quickly found aid and employment from, among others, Dr. Robert Mitchell, a prominent local abolitionist in that area. VanMeter’s hired slavecatchers soon tracked the three to that location, where they attempted to capture the youngest, Hollingsworth (age 12) and confine him to the Indiana House Hotel. A mob of sympathetic citizens soon surrounded the hotel, however, and demanded Hollingsworth freedom. Seizing his opportunity, Mitchell sued for Hollingsworth release. The judge in the case, Thomas White, was a member of the local Underground Railroad network, and decided in Mitchell’s favor after demanding that VanMeter’s attorneys produce a copy of the Virginia constitution in order to prove that slavery existed in that state (a demand they were unable to satisfy). Two years later, VanMeter sued Mitchell under the provisions of the Fugitive Slave Act of 1793. The case eventually landed in the U.S. Circuit Court in Pittsburgh, where Mitchell was ordered to pay $500 plus damages and lost labor. The fine ultimately totaled $10,000, forcing Mitchell to sell his home (he also received a donation from Judge White toward the payment).

The outcome of VanMeter’s case against Mitchell reinforced the legal ramifications of participating in the Underground Railroad. Conductors on the Railroad faced the loss of their entire livelihoods for their activities and yet continued to do everything in their power to end the institution of slavery. VanMeter’s involvement in this case and staunch opposition to the activities of the Underground Railroad demonstrate the often-complex nature of white sentiments toward the institution of slavery in the area that became West Virginia. Much of the popular history surrounding the state characterizes the residents of western Virginia as firm opponents of slavery, a characterization that has naturally led to a number of legends regarding supposed involvement in the Underground Railroad by those same residents. As VanMeter’s suit against Dr. Robert Mitchell shows, however, western Virginians were just as likely to support the institution of slavery as they were to work towards its downfall. That fact made the involvement of some western Virginians in the Underground Railroad all the more dangerous.