Known today as the New York City Center, this unique structure was originally known as "Mecca Temple," and served the Shiners from 1924 to 1937. The Shriners used the building as their headquarters until the financial toll of the Great Depression reduced the numbers of paying members and income from hosting touring shows at this venue to the point that the city took control of the building by the early 1940s. From the time the Shiner's constructed this building to its operation as a civic building, the structure has been a home to theater and hosted dances and musical performances. Some of the leading performers from John Philip Sousa, Leonard Bernstein, Orson Welles, Christopher Walken, and the New York Philharmonic have all entertained audiences at the Mecca Temple and New York City Center. 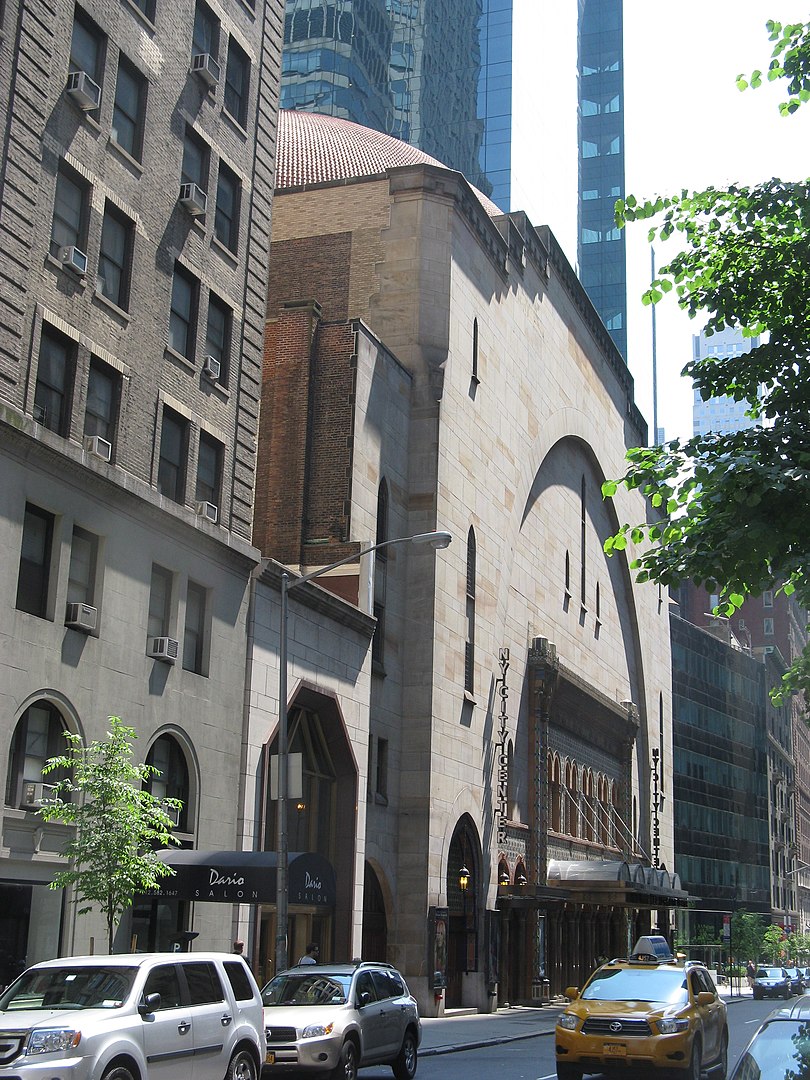 1929 Photo of the Mecca Temple 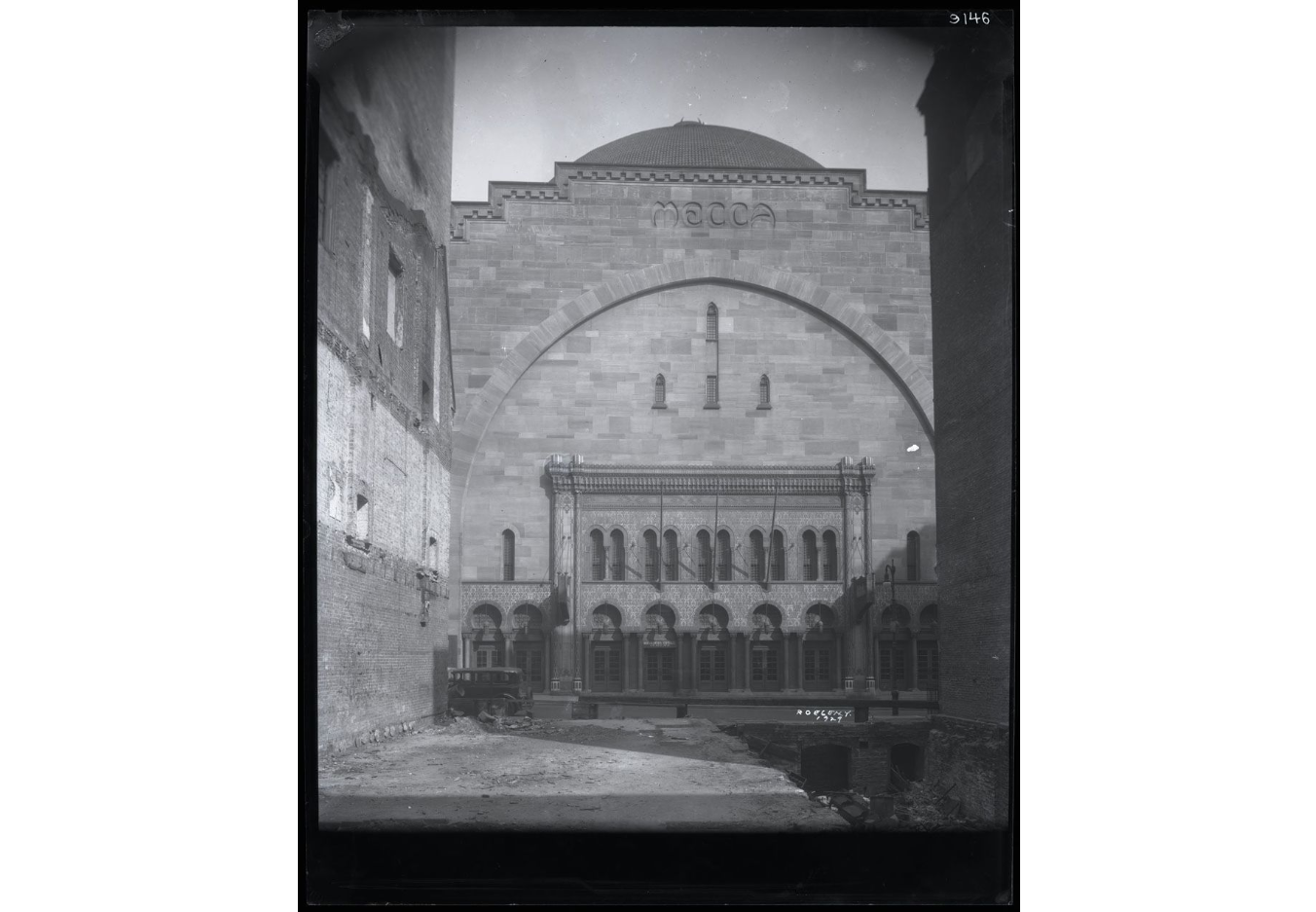 The historic Mecca Temple, which is known today as the New York City Center, served as a theater operated by the Shriners for many years. The Shriners, known officially as the Ancient Arabic Order of the Nobles of the Mystic Shrine, was established in 1871 by English actor William Jermyn Florence and Dr. Walter Millard Fleming,. By the 1920s, 160 Shiner Temples operated in Mexico, the U.S., and Canada. By this time, the fraternal order became well-known for parading through city streets in their unusual "Oriental" costumes. In 1922 the Shriners built the first of many children's hospitals when members financed the construction of a children's hospital in Shreveport. That same year, the Shriners purchased the New York land that would become home to Mecca Temple.

The Shriners were originally formed in New York, and they met in various locations for the first few decades, including the Masonic Lodge and Carnegie Hall. The goal of the 1922 purchase of the plot on West 55th St. between Sixth and Seventh Avenues involved a plan to erect a grand temple facility that could be rented as a means of gaining additional income. The original designer, Harry P. Knowles, a Mason and Shriner, died in 1923 before the completion of his Moorish-style design. Consequently, the Shriners hired the architectural firm of Clinton & Russell to finish the project, which cost the Shriners $2.5 million.

The Mosque of Mecca Temple opened on December 29, 1924. Shriners from all parts of the country -- roughly 8,000 members -- arrived for the dedication of the building, all participating in a parade led by the Mecca Temple's band. The first formal concert took place on October 12, 1925, with a musical performance led by John Philip Sousa. Although the Shriners succeeded in renting out the Temple for a variety of performances, lectures, and meetings, financial success proved to be fleeting, notably during the heart of the Great Depression that arrived a few years after the Temple opened. Indeed, the Shriners defaulted on its mortgage payments in 1937; the Manufacturers Hanover took possession of Mecca Temple, followed by two other owners who also failed to generate profit. Finally, in 1942, the city claimed the building due to the $622,000 taxes owed.

The city developed an idea to convert the Mecca Temple into a city center for hosting the nation's best music, dance, and drama, and that vision came to fruition on December 11, 1943. The City Center officially opened with a special concert by the New York Philharmonic. In the years that followed, the genesis of the New York City Opera and New York City Ballet occurred at the City Center. As well, some of the best artists, plays, and concerts took place at the former Mecca Temple, offering an affordable alternative to Broadway, Carnegie Hall, and the Metropolitan Opera House.

The City Center struggled during the middle-1970s (partly because the opera and ballet moved to Lincoln Center). As a result, the city slated the building for demolition, but a move to give it landmark status saved it. In fact, in 2010, the City Center underwent a $75 million renovation project. Today, New York City Center serves as the home to several dance companies and theater groups, including The New York Gilbert and Sullivan Players.