Listed on the National Register of Historic Places, the Cavalier Hotel stands out among the high-rise hotels and vibrant shops of the Virginia Beach Oceanfront. The early 20th century architecture boasts magnificent brick and limestone facade, as well as a beautiful lawn on a hill. The hotel is seven stories high and designed in a “Y” shape in order to maximize views of the Atlantic Ocean. The Cavalier Hotel retains much of its historic charm as the exterior and public interior have not been altered much since its building in 1927.

The exterior of the Cavalier Hotel. 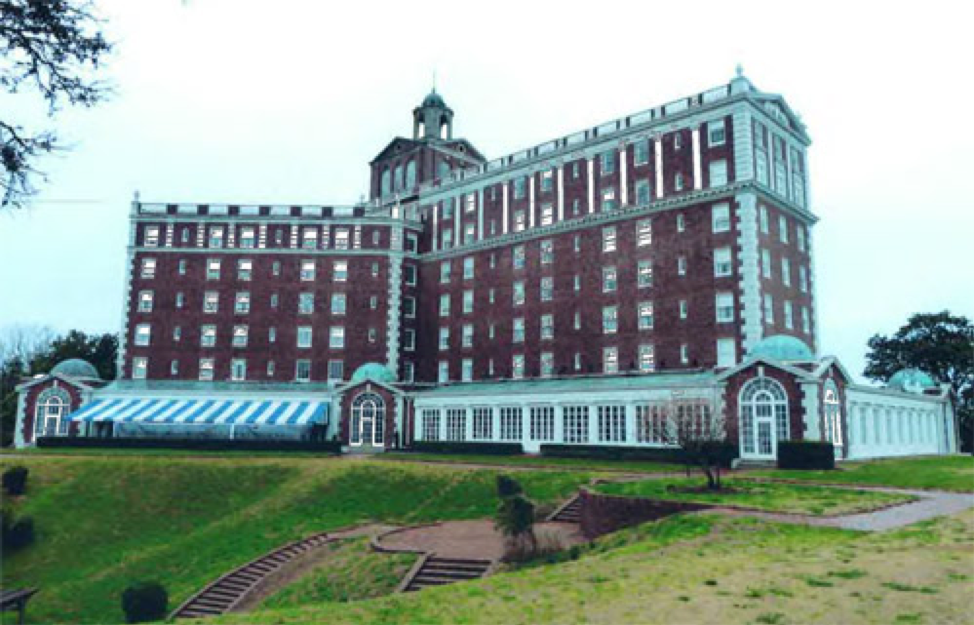 Sketch of plans for the Cavalier Hotel. 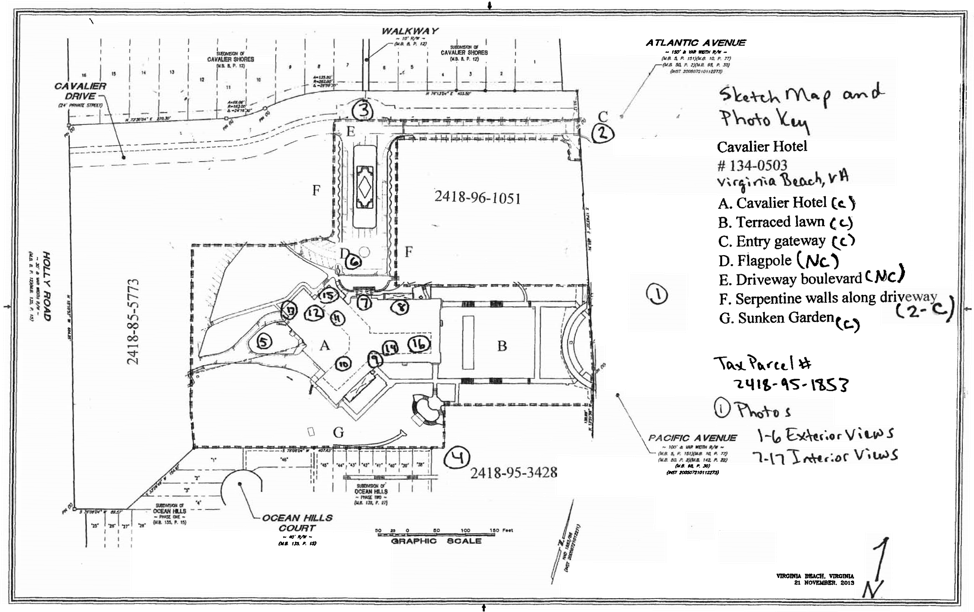 Drawing of the Sunken Gardens at the Cavalier Hotel. 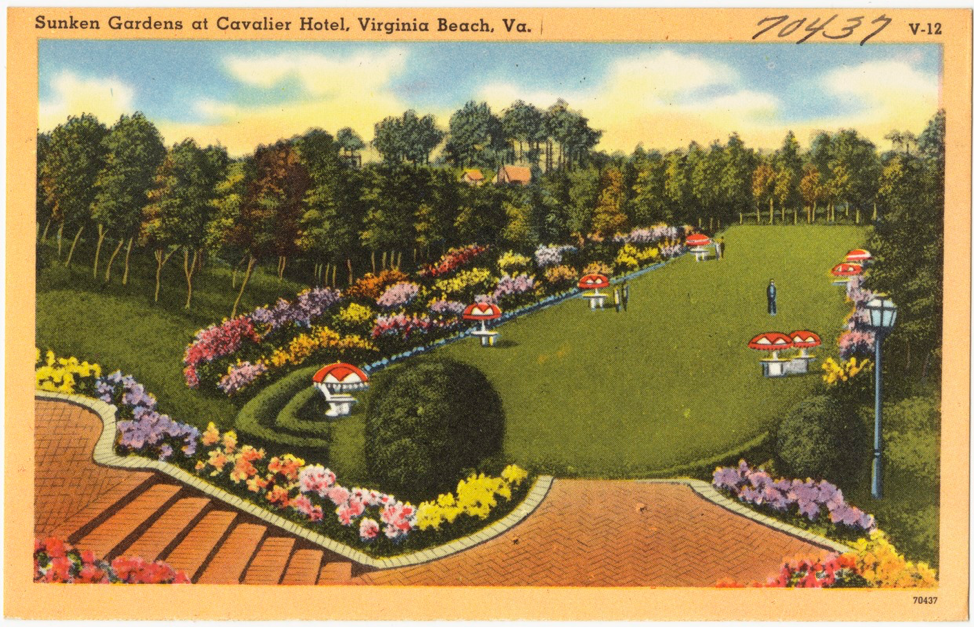 The Cavalier Hotel at night. 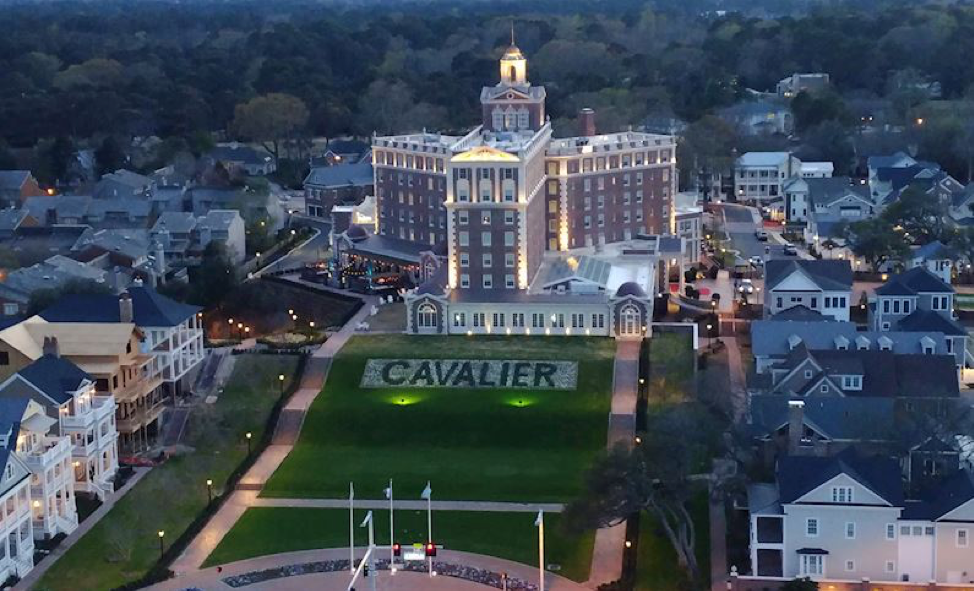 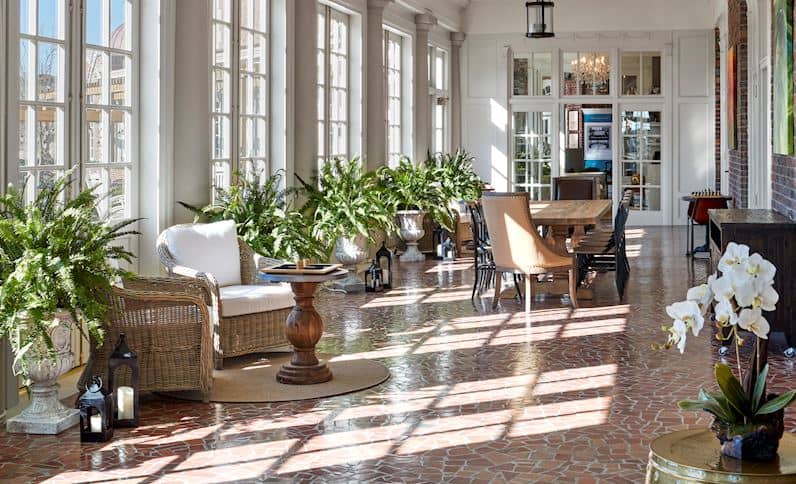 Fireplace renovations to the Hunt Room. 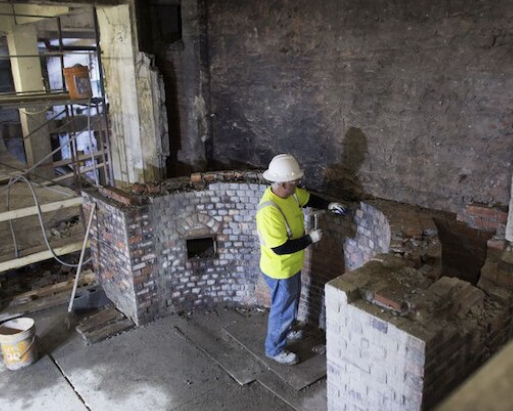 The Cavalier Hotel was built on a hill at the site where Atlantic and Pacific Avenue merge at the Virginia Beach Oceanfront.  It was originally situated on 350 acres of land that included a golf course and boasted a train depot with direct service from Chicago.  The hotel offered expansive views of the Atlantic Ocean and beachfront.  The 195 guest rooms offered the luxury of an extra tub handle that drew sea water sourced from an ice-filled tub located on the roof for instant cold water.   Inspired by the design of Thomas Jefferson’s Monticello, Woodlawn Plantation, and the lawn of the University of Virginia, it opened in 1927 after thirteen months of construction.   The decorative water tower crowning the hotel, is reminiscent of the Church of St. Mary at Aldwych in London.  The structure was built with the largest amount of bricks (over half a million) laid in one structure in the state of Virginia up to 1927.  Guests had access to an onsite doctor, photographer, and even a stockbroker with a live ticker tape.  Shops, boutiques, a salon, and an ice cream parlor were located in the lower lobby.

In October of 1942, the United States Navy converted the hotel into a radar training facility.  During World War II, the hotel provided living quarters to so many sailors that they were even required to live in the stables.

In 1973, after the sister hotel, The Cavalier Oceanfront, opened, the original hotel was closed for three years.  It reopened in 1976 and was closed again in 2012.  Renovations began two years later in 2014.

During the recent renovation, many historically important architectural elements have been restored to their original elegance.  The Sunken Garden still remains on the south side of the hotel featuring Jeffersonian inspired walls and brick.  The iconic hill that the hotel perches upon still stands out, especially with the addition of the word "Cavalier” embedded in the landscape overlooking Atlantic Avenue.  The lobby or “Rotunda’s” historic stairs and iron railings remain a focal point.  All existing original floors, exterior cast stonework, and interior moldings, as well as certain windows and doors in the public spaces, were all meticulously restored.  The indoor pool, originally called “The Plunge,” had saltwater pumped into it straight from the Atlantic Ocean.  By 2012, the pool had deteriorated to the point where water had to be pumped into it at all times to keep it filled.  While many of the hotel’s renovations saved the hotel’s original character, the pool had to be entirely redone and was a major project.  The Hunt Room fireplace was disassembled and repaired.   The process involved removing and numbering each individual brick, allowing them to be replaced in their exact position.  The total cost of the renovations amounted to $81 million, and the Cavalier Hotel reopened in March 2018.

One major change to the landscape of the Cavalier is the boom of homes in the surrounding area.  A portion of the money from home sales was used in paying for the hotel’s renovations.