The Orpheum Theater was built in 1913 and is the oldest theater in the city still standing. 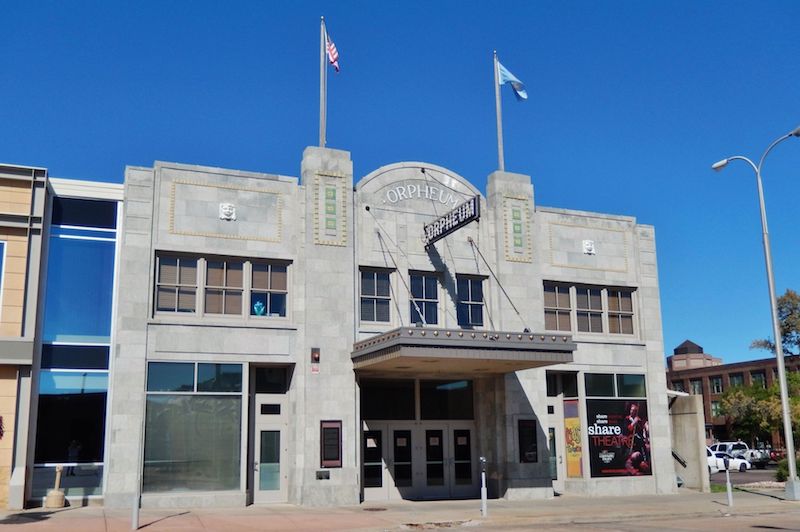 Brothers Frank and Lawrence Solari built the theater at a cost of $63,200 (it is not clear whether they were architects or in the theater business). It opened on October 2 to great fanfare with an evening show consisting of several vaudeville acts of musical performers, dancers, comedy, and even posing animals. Tickets cost $5 which was expensive at the time.

These vaudeville shows continued until 1927 when it was converted into B-movie and second-run theater. Eventually, it was left vacant for a time and it fell into disrepair. This lasted until 1954 when the Sioux Falls Community Playhouse bought it and soon offered five shows each season and hosted touring shows as well. A children and teen theater was established in the 1960s. The theater was then remodeled in the 1970s.

In 1994, the city bought the building next door and leased it to the Playhouse, which named it the Actor's Studio. The Playhouse used this extra space for performances and as rented space. This arrangement lasted until 2003 when the city bought both buildings and contracted a managing company, called SMG, to operate the whole facility, which was renamed The Orpheum Theater Center.