The first Jewish immigrants came to Oregon in 1849, but most of these immigrants were not new to America. Instead, this population of Jews already lived in America and were following the Gold Rush to the west coast. Until about the mid-20th century, the Jewish population in Oregon was about 8,000 people until it began to steadily grow until it reached almost 50,000 people. Most Jewish people lived in Portland, Oregon, and so a discussion began about the need for a Jewish history museum in 1989. The museum first opened as the Oregon Jewish Museum without a physical museum. After a merger with the Jewish Historical Society of Oregon, the museum needed a physical location for its new collections. The museum again merged with the Oregon Holocaust Resource Center in 2014, which created the museum as it is known today: the Oregon Jewish Museum and Center for Holocaust Education. As the museum continues to grow, its purpose to explore the Jewish experience in Oregon and teach lessons about the Holocaust for an inclusive world.

Photograph of the exterior of Oregon Jewish Museum and Center for Holocaust Education. 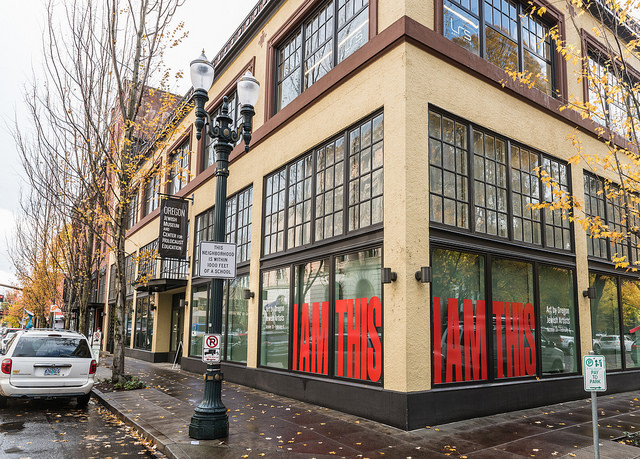 Interior of the Oregon Jewish Museum and Center for Holocaust Education. 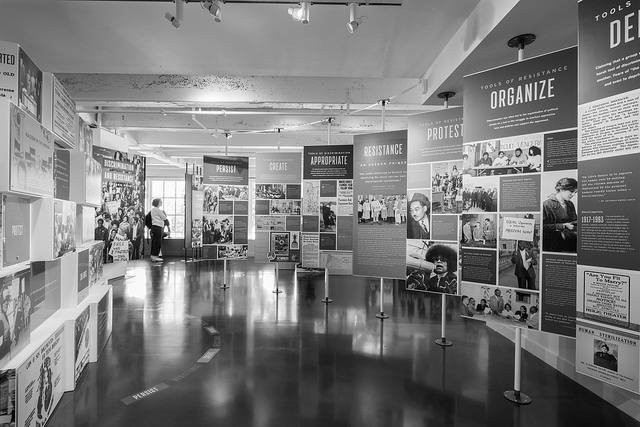 Despite arriving in Oregon in 1849, it took almost a decade for Jewish immigrants to develop strong communities. Mostly single men moved to Oregon and focused on business rather than marriage, so they delayed marriage. Jewish women did not move to Oregon until 1858, and it took until 1861 to open the first synagogue in Oregon. As the Jewish community continued to grow in Oregon, other institutions were also created, such as the First Hebrew Benevolent Association in 1859 and the Young Men's Hebrew Association, which was a Jewish organization of the YMCA. Jewish communities outside of Portland, however, often disappeared after the Gold Rush or moved to Portland to be in a larger community.

The Oregon Jewish Museum first had a location in Montgomery Park in 1999 and then moved to a storefront in Old Town in 2000. The museum again moved to a new location in Portland almost a decade later in 2009 as membership at the museum continued to grow.

The Oregon Jewish Museum and Center for Holocaust Education explores the legacy of the Jewish experience in Oregon and teaches the universal lessons of the Holocaust. Through exhibitions, programs, educational resources, and opportunities for intercultural conversation, OJMCHE challenges our visitors to resist indifference and discrimination and to envision a just and inclusive world.1

The Oregon Jewish Museum and Center for Holocaust Education purchased its current location in 2016. This move doubled the size of the museum, allowing it to better serve its mission.