The Connecticut Agricultural Experiment Station (CAES) was the first facility of its kind when it was founded in 1875 at Wesleyan University. CAES later moved to its current location in 1882 after five years at Yale’s Sheffield Scientific School. The facility grew to become the standard for future agricultural experiment stations that now exist in all fifty states. Osborne Library, completed in 1883, is thought to be the oldest building of any agricultural experiment station in the country. CAES currently offers a variety of agricultural and related services to Connecticut’s residents and has expanded to other locations in Windsor, Hamden, Griswold, and Voluntown. The original CAES location in New Haven was designated a National Historic Landmark in 1964. 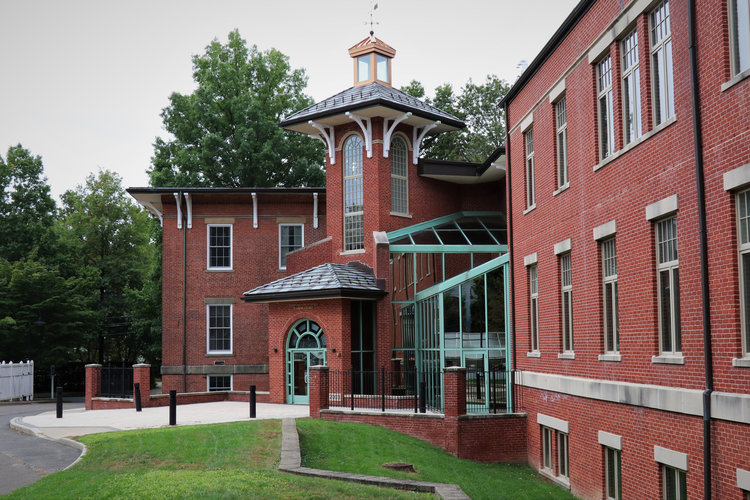 The Osborne Library was the first building completed at CAES' first campus in 1883. 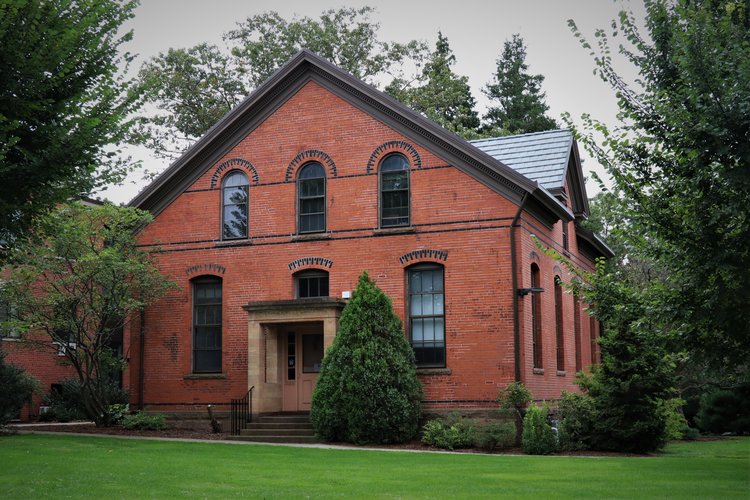 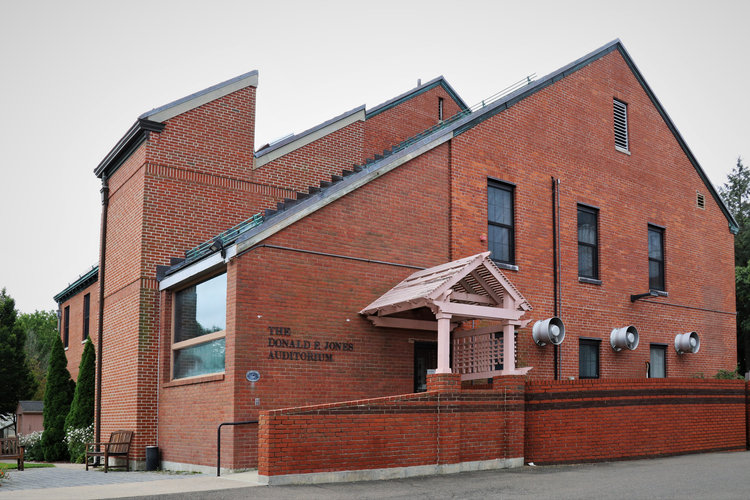 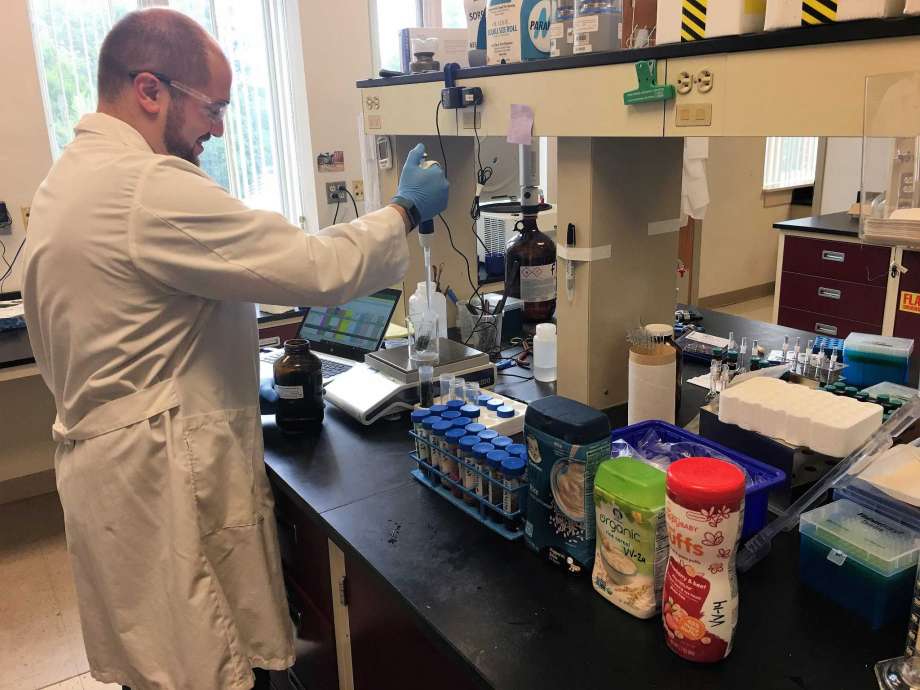 In the latter half of the 19th century, a professor from Wesleyan University named Wilbur O. Atwater was conducting groundbreaking work by applying chemistry to agriculture. He eventually helped create and develop the field of agricultural chemistry in America. Atwater also lobbied for each state to create laboratories, or experiment stations, in order to conduct research to improve the field of agriculture through chemistry. His efforts received a push when a meeting of agriculturists in Washington D.C. lobbied for Atwater’s idea in 1872. Atwater’s agricultural experiment station then passed the state legislature after it received private funding in 1874 and he served as its first director.

CAES established itself in a single building on the campus of Wesleyan in 1875 and moved to Yale’s Sheffield Scientific School in 1877. That same year, the state legislature approved funding so that CAES could conduct “scientific investigation and experiments” and Samuel Johnson, a professor of analytical and agricultural chemistry at Yale, became its new director. CAES eventually outgrew its facilities at Yale and Johnson convinced the state to fund the creation of a new, separate facility. In 1882, the state purchased a small, five-acre estate in the Prospect Hill neighborhood of New Haven for the new CAES.

The new property had existing buildings that were initially used for labs, but all have since been removed or replaced. The first new building, now the Osborne Library, was completed in 1883 and others soon followed. The L-shaped Johnson-Horsfall Laboratory, with its central tower, glass-walled foyer, and large brackets which support the wide, overhanging eaves of its hipped roof, came next. The Jones Auditorium, a 1930s Works Progress Association project, is now used for public lectures and CAES’ speaker’s series.

In its early years, CAES conducted research into fertilizer, amino acids in the human diet, pest control, vitamin content in various foods, soil and water improvement and developing strains of hybrid corn. In doing so, it became the model for all other agricultural experiment stations that followed. CAES went on to study seeds, animal feed, and plant proteins and became the first CAES to administer a state food law.

Today, CAES has developed five departments: analytical chemistry, entomology, environmental sciences, forestry and horticulture, and plant pathology and ecology on four separate campuses. Its Valley Laboratory in Windsor was established in 1921 and initially developed tobacco for cigar wrappers. It now focuses on biofuel crops, invasive plant species and pest management. Lockwood Farm in Hamden is named after William R. Lockwood who donated his estate to CAES. It tests different plant varieties and growing methods as well as taking systemic weather measurements. CAES’ Griswold Research Center became the most recent addition when it was transferred from Connecticut’s Department of Environmental Protection in 2008. Griswold, and its sister facility in Voluntown, experiments with biofuels, control of soil nematodes and cold-resistant strains of grape vines, among other things.

CAES continues to conduct invaluable research in agriculture and related fields and provides its findings to all who care to read them. Its speaker’s series is open to the public and usually offers two lectures every month. It also provides soil testing and information on state inspections and regulations. Finally, on the first Wednesday of August, its Lockwood Farm facility hosts an annual Plant Science Day for children and adults alike and has done so since 1910.