For over 100 years, the African Cemetery in Rye provided a cost-free option for African Americans to receive a proper burial. In 1860, Underhill Halstead, a farmer, and his wife, Elizabeth, transferred the land to the Town of Rye for African American burial plots, free of charge. It would feature 160 different gravestones throughout its time as an active cemetery; many were of veterans who served in the Civil, Spanish American, and both World Wars. Although it mostly comprising single graves, a few families were plotted together. After the last burial in 1964, the cemetery was neglected for the next 20 years. On Wednesday, May 28, 1986, it was rededicated after a two-plus year effort to restore it — the Town of Rye also placed a Westchester County Tricentennial Historic Plaque at the location.

The tombstone of Corporal Amos Williams, who served in the Civil War. 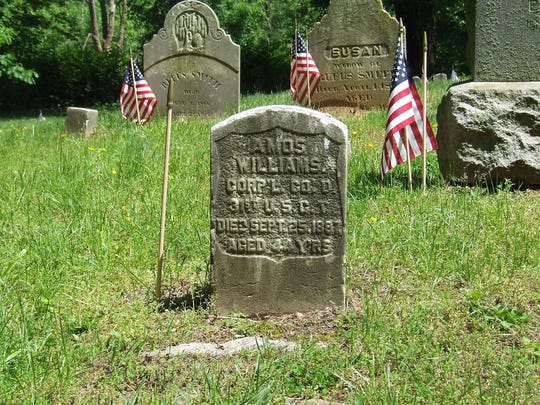 A group gathered at the cemetery to honor the deceased veterans. 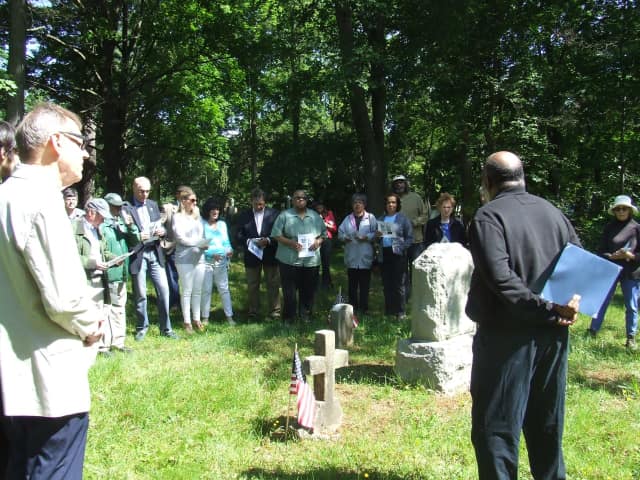 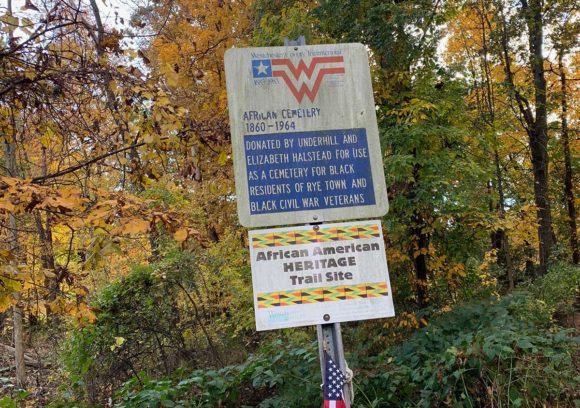 For over 100 years, the African Cemetery in Rye provided a cost-free option for African-Americans to receive a proper burial.

While some claim that the land was used for burials long before it became an official cemetery, the recorded history did not begin for the African Cemetery until 1859, where Benjamin Mead would transfer a piece of his land to Underhill Halstead, a local farmer, “to be held in trust for persons of Color residing in the Town of Rye.” Halstead and his wife, Elizabeth, would then transfer the deed to the Town of Rye and “their successors in office forever” on June 27, 1860, with the intent to give African Americans a proper place to be buried, free of any charge. Prior to this, African Americans would often be buried anonymously in potter's fields.

The first burial occurred in 1864; while some families were buried here, the 160 tombstones are primarily for individuals.

Over the course of the Cemetery’s history, it has developed a legacy as a burial site for veterans. Over the 100 years it was used as a burial space, there were anywhere from 20 to 35 different veterans of the Civil War, Spanish American War, and both World Wars.

Of these veterans, perhaps none is more notable than Edwin Purdy. Purdy, a member of the United States Navy, served aboard the USS Monadnock during the Civil War. Other notable veterans include Corporal Amos Williams (Civil War) and Michael Paige (Spanish American War.)

Paige's efforts as a member of the 10th US Cavalry Volunteers would be very beneficial to future US President, Theodore Roosevelt, and his Rough Riders during the Battle of San Juan Hill.

Samuel Bell, buried here, was a member of the 54th Massachusetts Volunteer Infantry. This was a black military unit that served the Union during the Civil War, and was depicted in the 1989 Denzel Washington movie “Glory.”

Following the last burial in 1964, the cemetery went unkept for about twenty years. A ceremony was held on Wednesday, May 28, 1986, where it was rededicated after a two-plus year effort to restore it. The Town of Rye also placed a Westchester County Tricentennial Historic Plaque at the location.

Since 2010, the non-profit group, Friends of the Rye African American Cemetery, has led the restoration and preservation efforts of the cemetery.