Originally known as Larrabee House, Lairmont Manor remains one of the most celebrated landmarks in Bellingham. Built by businessman Charles X. Larrabee and his wife, Francis, in 1915, the house stands as a fine example of Italian Renaissance architecture. The 25-room house is rectangle in shape and features a stucco exterior with brick and terra cotta trim, a brick parapet with decorative terra cotta panels, a grand covered entryway, and a glassed-in porch. Notable features of the interior include decorative woodwork, a large living room with 20-foot painted ceilings, several bedrooms, and a game room in the basement. Lairmont Manor also has an interesting history as an important social, political, business, and musical center for the community. The historic home was added to the National Register of Historic Places in 1975 and currently serves as a wedding and event venue.

Lairmont Manor was built in 1915 and is one of the most notable landmarks in Bellingham. 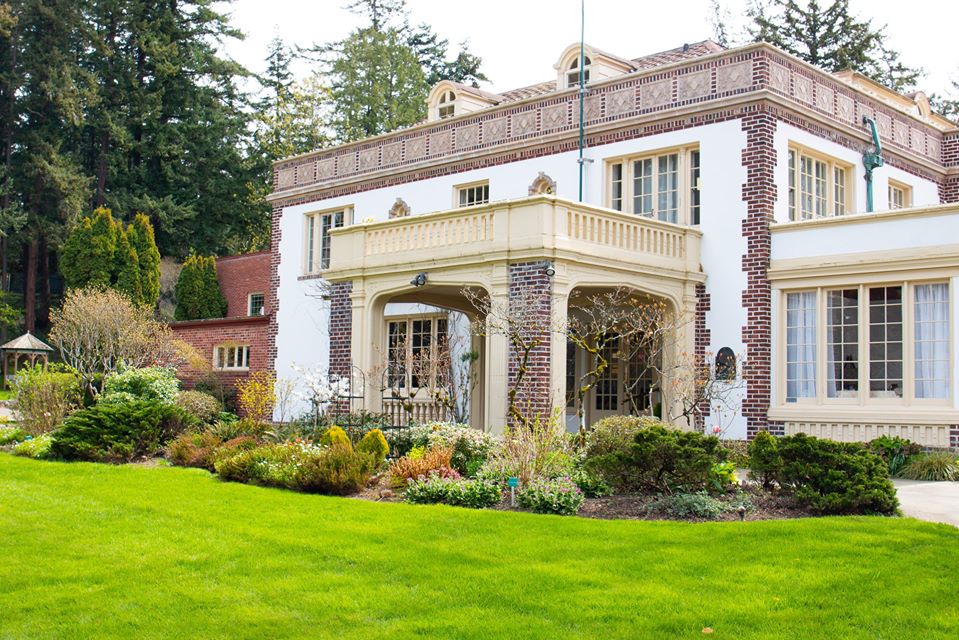 Charles Xavier Larrabee became one of the most prominent figures in Bellingham during the late 19th and early 20th centuries. He was born on November 19, 1843 in Portville, New York. When he was six, his family moved to Omro, Wisconsin, where his father owned a general store. Unfortunately, his father deserted them around this time, probably due to alcoholism. Larrabee later moved to Poughkeepsie, New York to attend college where he studied business. He returned to Wisconsin to care for his mother and it appears he did some teaching at this time as well. Then in 1875, he moved to Montana to take up mining and ranching (cattle and horses) and became very successful.

A decade or so later, he sold his mining interests and started to invest in real estate in Bellingham, settling there for good in 1890. He contributed greatly to the the city's growth and development. He established the Citizens' Bank of Bellingham, a coal company, and invested in industrial salmon fishing. In 1892, Larrabee married a woman named Frances, who was from St. Louis and a talented pianist and member of the Daughters of the American Revolution. Larrabee also built a hotel and it was there that the family stayed during the house's construction (the hotel ultimately failed, however, largely because Larrabee banned the sale of alcohol).

Unfortunately, Larrabee died before the house was completed. Frances kept the project going and raised their four children in the house. She was an active member of the community, becoming involved in a variety of social, civic, and philanthropic causes. One notable event to occur at the house was when noted African-American opera singer and activist Marian Anderson (1897-1993) performed at the house in 1941 after another host refused to let her sing (Anderson achieved national fame when sang on the steps of the Lincoln Memorial—in Washington D.C.—in 1939 after she was not allowed to sing at another venue in the city).

Frances passed away the same year. The Sisters of St. Josephs bought the house and used it as nursing school hospital. The house was sold to its current owners in 1967 who renamed it Lairmont House at that time.