Known today as Temple Hill Baptist Church, this Greek Revival church dates back to the nineteenth century. The Bethesda Presbyterian congregation predates the structure with roots dating back to the colonial era. After the original church burned in 1849, the congregation rebuilt and worshiped there until 1925. Temple Hill Baptist Church purchased the property several decades later and in 1976, the local pastor and congregation submitted the structure for consideration to the National Register of Historic Places. The historic church was added to the register in 1977. The town of Bethesda is named after this meeting house, which in turn is named for a place of healing in the Bible.

Bethesda Meeting House by Allen C. Browne on HMDB.org (reproduced under Fair Use) 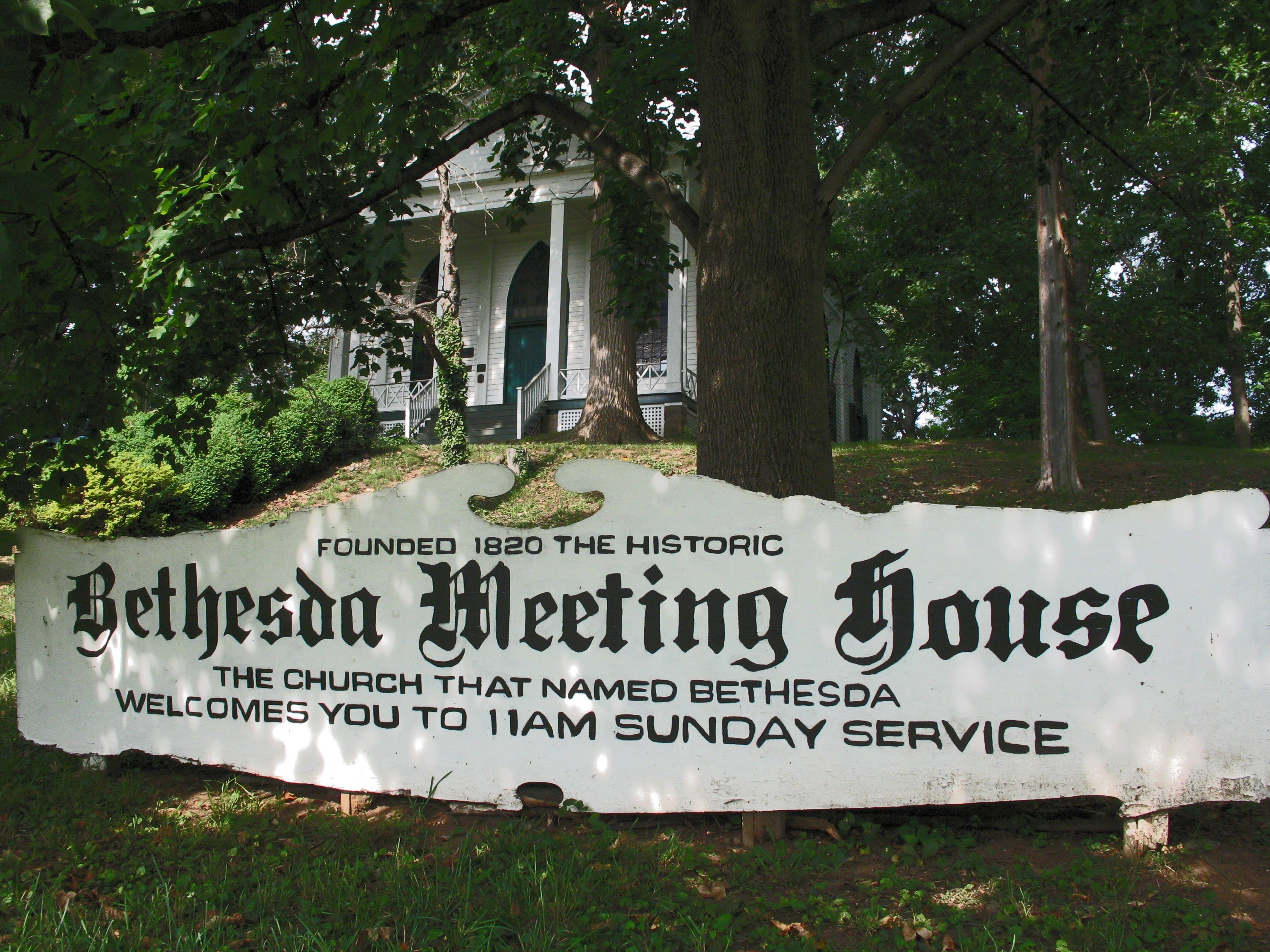 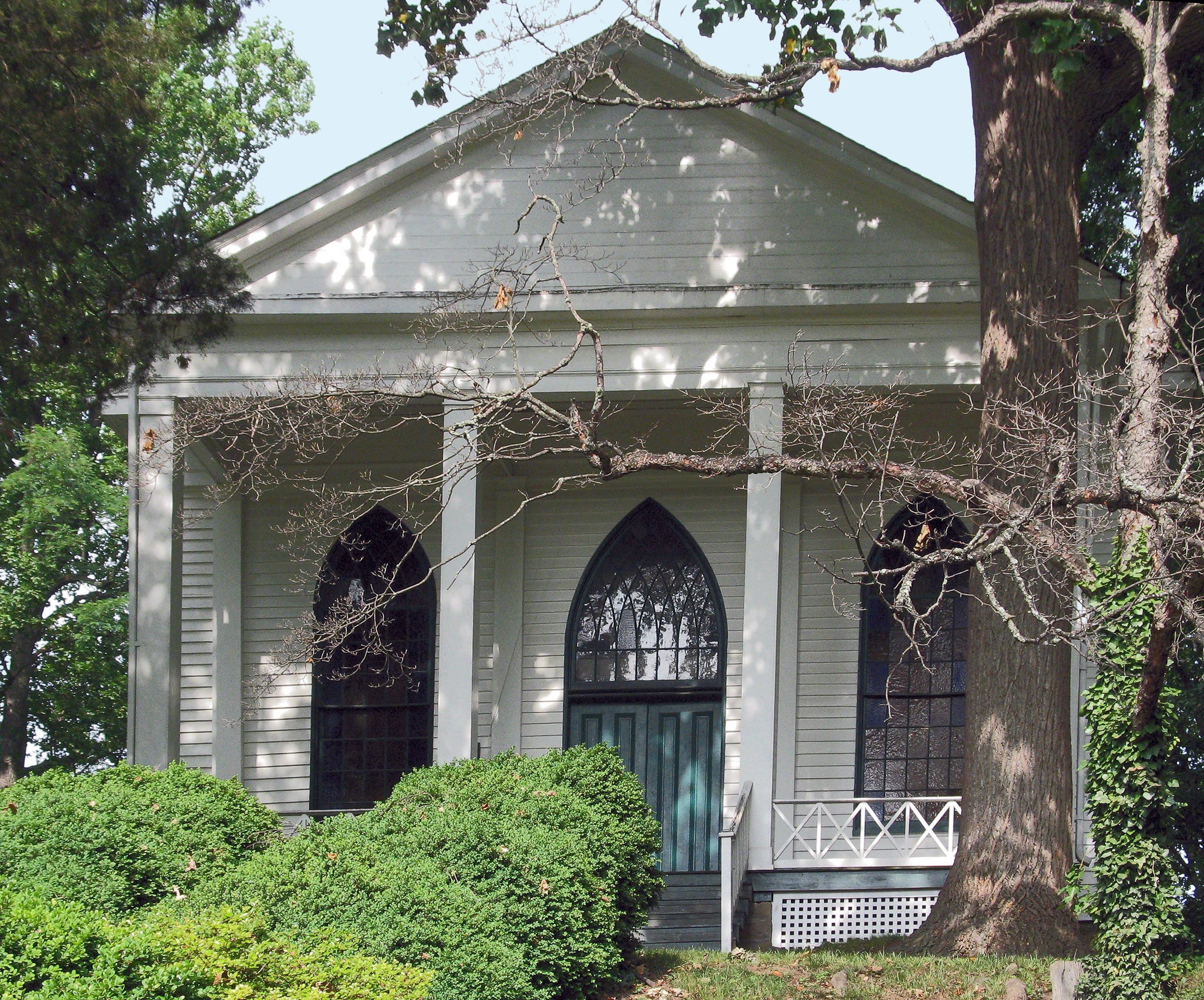 In the mid-eighteenth century, before the Revolutionary War, the Bethesda Presbyterian congregation began under the auspices of Reverends Hugh Conn and John Orme. The original meeting house of the congregation was located in the Captain John Creek area, and so was known as the "Cabin John" Meeting House. For several decades the congregation evolved and shifted, affiliated first with the Bladensburg congregation and then with the Seneca and Difficult congregations. During these years, a prominent pastor was James Hunt.

In 1820, the Baltimore Presbytery decreed that a congregation should be organized in Rockville for worshipers in the southern part of the Captain John Creek area. The Elders purchased land with an existing structure to serve as the Bethesda Meeting House. John Mines was the pastor from 1823 to 1849.

The church burned that same year, and the new pastor Randolph Smith immediately sought to rebuild. The current building, completed in 1850, has a clapboard exterior and a three-bay structure, with one Gothic window in each bay. The architectural style of the church, particularly the Gothic windows, is unusual for the region. A porch with a triangular pediment upheld by large columns fronts the entrance to the building. In keeping with the Greek Revival style, the church never had a bell tower.

Around the same time, the parsonage was built, a Victorian-style house south of the church. The style of the house, which also demonstrates elements of the "Cottage Gothic" style, was therefore present several decades before the Victorian style was common in Montgomery County.

The Bethesda Presbyterian congregation remained at this structure until 1925, when it build a new church. It sold the church and several acres of land to May Fitch Kelley, but retained ownership of the cemetery. Kelley owned the land for about twenty years, then sold it to a Canadian Catholic group, the White Fathers. In the 1950s, the Temple Baptist Church purchased the building.