The small Appalachian gold belt runs through the area, and in the mid-19th century, miners using hand tools searched for gold. Very little gold was found, although trace amounts were discovered leading to the creation of over 45 mines in Mayland before 1950. George Chadwick purchased this land in 1947 and created a summer retreat named the Gold Mine Farm in honor of a former mine on the property. The mine itself was converted into a bomb shelter echoing the fears of the Cold War era. The land is now Black Hill Regional Park. 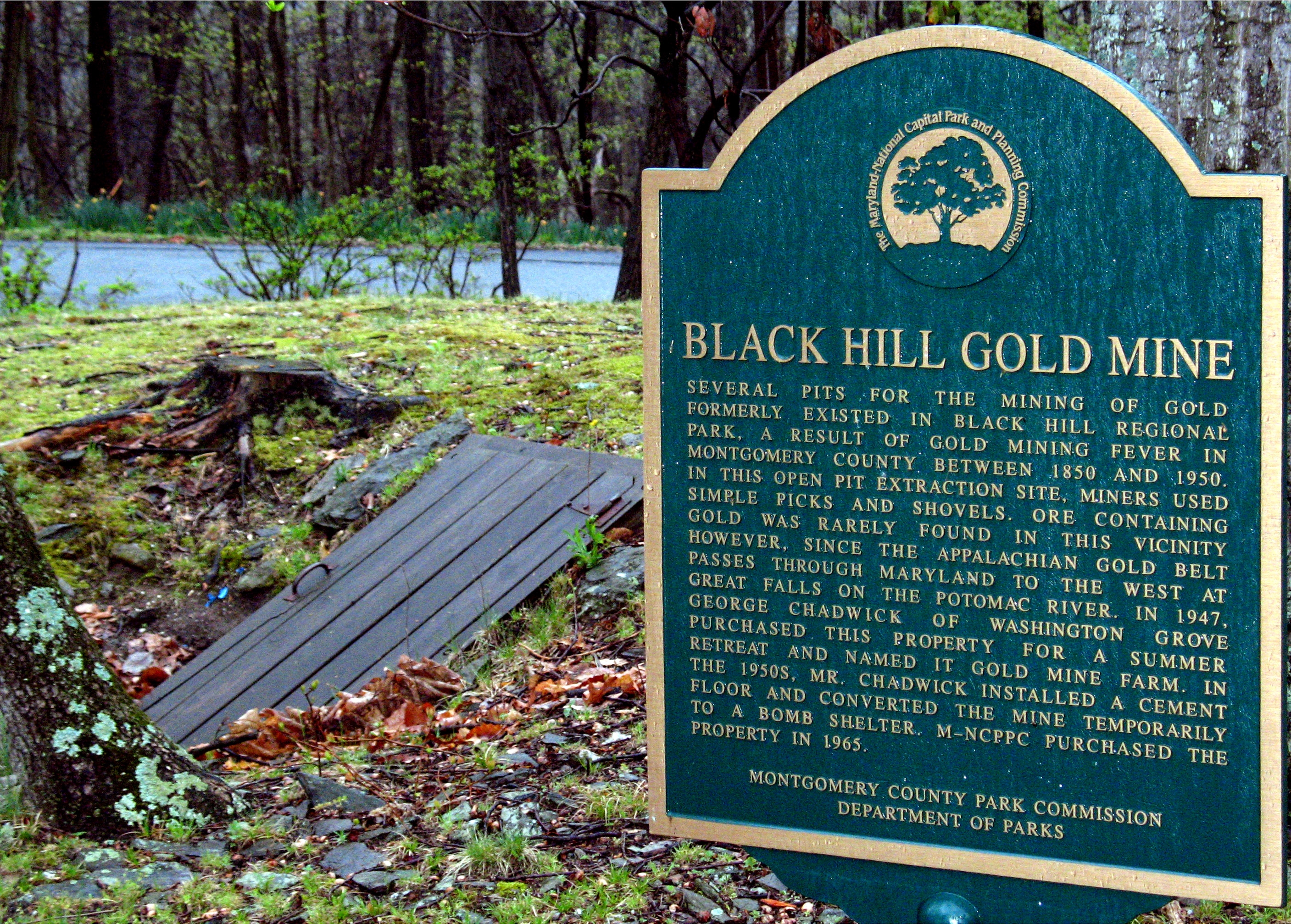 In the mid-nineteenth century, Montgomery County inhabitants began to discover traces of gold, with the first mine starting production in 1867 not far from where Black Hill Gold Mine eventually existed. Over 45 mines existed in the state of Maryland, but mining and prospecting have mostly died out since the 1950s. The Appalachian Gold Belt passes through Maryland at Great Falls on the Potomac River, to the west of this site, so there was not much gold to be had.

Gold occurs in low concentrations in quartz veins and along metamorphic rock fault zones in Montgomery County. Other minerals like pyrite are also found when mining. In areas of Maryland where copper is mined, occasionally gold is present also. Miners in the region during Maryland's hundred-year gold production period used hand tools in their work. Ore was never found at this site; generally gold was found by panning for grains.

In 1947, George Chadwick purchased the land that included the mine to build a summer retreat and named it Gold Mine Farm. Maryland-National Capital Park and Planning Commission acquired the property in 1965; the Montgomery County Park Commission now owns and maintains the property as part of Black Hills Regional Park. George Chadwick's home is now the park office.