The Old Custom House, on the corner of Main and Read Streets in the core of historic Yorktown, was constructed in 1721. The two-and-a-half story Colonial style brick building was a store house and a custom house for the British colonies. The building was occupied by soldiers during the American Revolution and the Civil War. The Old Custom House was purchased by the Daughters of the American Revolution (D.A.R.) in 1924 and professionally restored, including the gardens, in 1929. The D.A.R. still owns the building, which was listed in the Virginia Landmarks Register in 1999. The building's museum is open for tours at no charge on Sunday afternoons from June to mid-October. 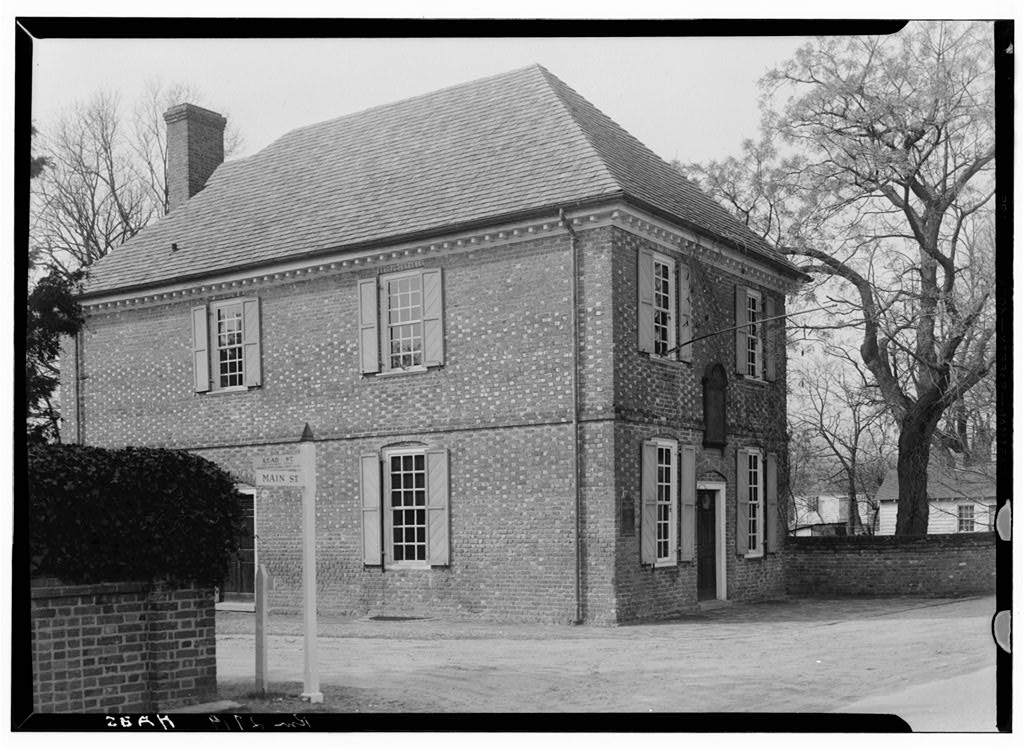 The Old Custom House was built by Richard Ambler, a Yorktown merchant and custom agent for the colonies, in 1721. Ambler was born in England and married a wealthy woman, Elizabeth Jaquelin, from nearby Jamestown, Virginia. The building is said to be one of only twelve surviving custom houses in the U.S. Yorktown was the largest deep water port between Charleston, South Carolina, and Philadelphia, Pennsylvania when the structure was built. The British set up Custom Collectors to collect taxes on goods arriving into the colonies. When Ambler bought the two town lots in 1720, there were buildings standing, but not the brick storehouse. Ambler bought two more adjacent lots in 1726. He and his wife lived I a wood frame house on the new lots, connected to the Custom House by a covered walkway.

Richard Ambler died in 1766; his three sons who survived to adulthood also became Custom Collectors: first John, then Edward, and finally Jaquelin. By the time of the American Revolution, Jacquelin decided to move further inland, to Jamestown. He sold the Custom House to Thomas Wyld, who operated an ordinary until the 1781 Revolutionary Battle of Yorktown. The British seized the Custom House and used it for barracks. After the British were defeated, they got out of Dodge, and French troops moved into the building. The frame house suffered damage during the war. Wyld was unable to fully pay for the property, and Jacquelin Ambler sued and took possession of the property once again. Ambler sold the Custom House to Alexander Macauley in 1797, who retained the land until his death in 1859.

The Old Custom House was purchased by the Daughters of the American Revolution (D.A.R.) in 1924; the structure was over 200 years old by then! In 1929, the D.A.R. restored the building and grounds with the help of the noted Richmond architect J. Duncan Lee and Richmond contractor E. C. Wilkinson. A shed-roofed porch was added in 1929 to one of the yard-facing facades. Its lot, with gardens restored to colonial era style during the renovations, is edged with a brick wall, with interior steps leading down to a former ground surface yard level.

The floorplan of the building seems to have remained relatively unchanged. The main entrance off of Main Street opens into a large room that likely served for storing and displaying goods. An interior door leads to a hallway with a wooden staircase to the second floor. Another door in the hallway leads into the basement; it contains a kitchen with a round arched brick bake oven. Another door in the hall leads to the side porch added in the yard in 1929, while yet another door leads to a secondary entrance on Read Street. Above the Read Street entrance is an opening where baling hooks and scales were suspended, for weighing and storing heavy goods. A small room off of the hall was used as an office, with a cozy brick fireplace.

The Comte de Grasse chapter of the National Society of the D.A.R. still owns and maintains the building with its museum. The chapter uses the space for meetings, and has been opening the museum to the public on Sundays since 1930!