This small square stone monument was dedicated around 1900 and commemorates Fort Gilbert, a colonial-era fort that was erected in 1688 and was utilized for several decades. The monument sits on a lot at the corner of North Main and Maple Street beside the West Brookfield Elementary School which is where the fort was located. The Fort was built to protect and prepare the town of West Brookfield from attacks by area Native American tribes at a time when the town was isolated from other settlements. The highway historical marker was added in 1930 and restored in 2019. 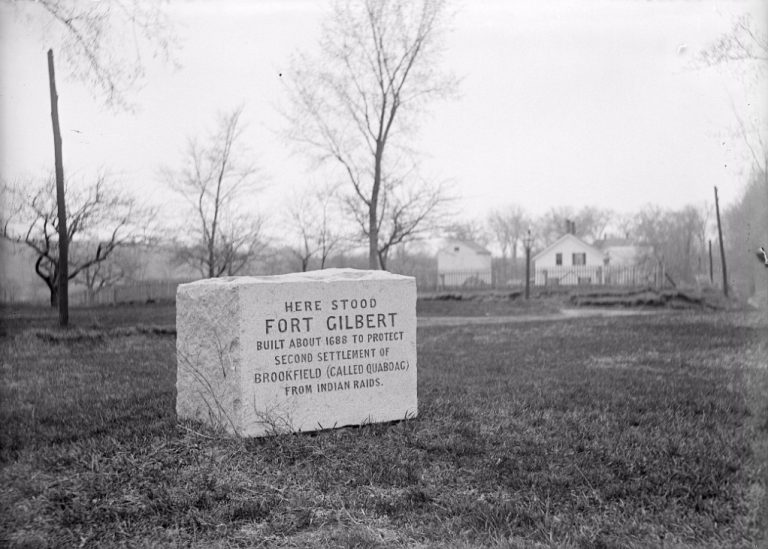 A sketch portraying the Indian Raid on the town of Brookfield, MA 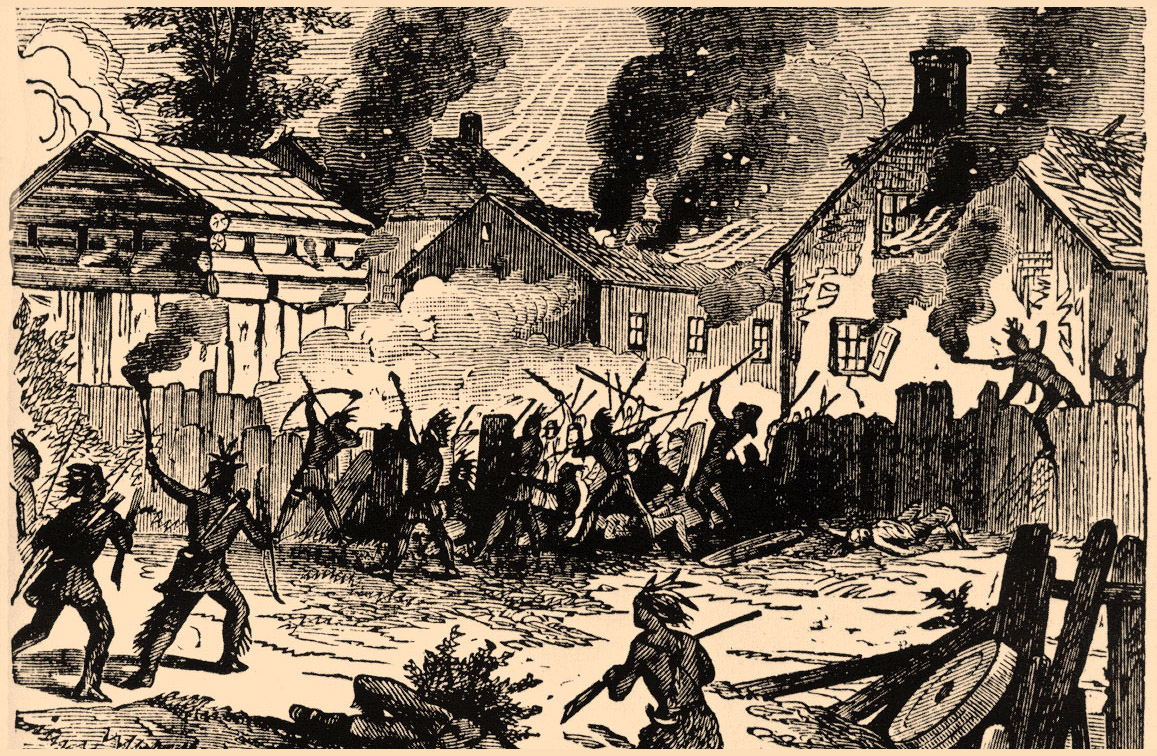 This fort was built in the wake of King Phillips War, a conflict that had previously seen the destruction of a colonial village at this location. King Phillips War lasted for three years and can be understood both as a formal war and as a series of atrocities committed by settlers as well as Native Americans. The Native tribes were led by Metacomet, who was also nicknamed "King Phillip" by the English. Metacomet led an uprising that lasted several years and wiped several New England towns off the map. King Phillips War was the deadliest in North American history as measured by the total dead as a percentage of the overall population.

The war was the result of European encroachment and a series of conflicts related to land and trade. This part of Massachusetts became part of that conflict with the arrival of settlers at Quaboag in 1660. Quaboag was an Indian village that the settlers took over and renamed Brookfield. In 1675, Brookfield was secluded and an easy target for Native warriors. On August 2, 1675 Brookfield was attacked and destroyed with a dozen settlers killed. Demonstrating that Native people had the balance of power outside of a few areas that were controlled by colonists, it would be a decade until settlers returned to Brookfield.

When the settlers returned to Brookfield they were prepared for potential attacks. In 1688, the settlers came close to abandoning the town following rumors of an attack, but soldiers were sent to the area to prevent the abandonment of the area. Fort Gilbert was one of the four forts that these soldiers constructed and was built on September 21, 1688 by a local carpenter named Thomas Gilbert. Thomas was the brother of Captain Henry Gilbert, a soldier sent to protect Brookfield. Fort Gilbert contained living quarters for soldiers and was surrounded by a stockade. If necessary, the Fort was able to house families during an attack. Records indicated that the fort was utilized for deterrence as well as quelling the fears of colonists at key moments for the next few decades.