Built between 1912 and 1913, this monument pays tribute to Union soldiers and sailors who fought in the Civil War. The monument features Vermont granite with four bronze statues representing the four branches of the military-artillery, cavalry, infantry, and the navy. On the west side of the monument are the names of major battles as well as a medallion of the Woman's Relief Corps. The monument's base bears the inscription "The Union is Perpetual" and "Let us Have Peace," quotes from Abraham Lincoln and General Ulysses Grant, respectively. At the top of the monument is a 14-foot statue of the Goddess of Liberty.

This image shows the statue prior to restoration 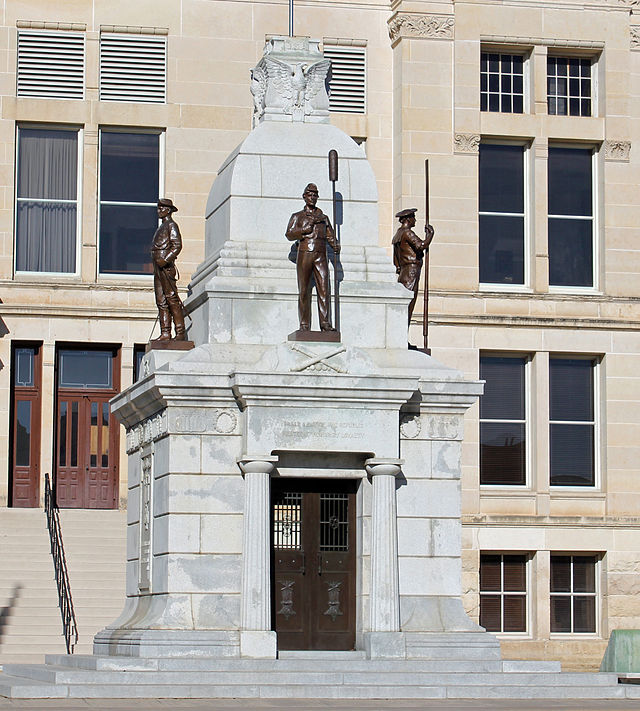 The monument resembles a Greek temple and has been restored and is on the National Register of Historic Places along with the civic building behind it. 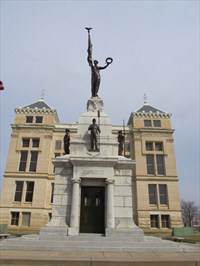 The Goddess of Liberty statue originally faced north. In 1913, citizens voted and decided to turn the woman around so that it was clear that she had not turned her back on the South. This also allowed the statue to face Central Avenue, although some citizens comically noted that it was a shame that Liberty was no longer facing the courthouse as the politicians in that building needed someone keeping an eye on them. Sadly, the statue became structurally unsound. Equally tragic, the center of the monument was once a small museum filled with Civil War relics. Records indicated that these relics were moved to the city's Carnegie Library in 1915, but no record of these items exists.

This tour starts at several downtown museums and includes stops at historic downtown buildings, civil rights landmarks, and several museums as it winds its way towards Wichita's Old Cowtown Museum.