The Wayne N. Aspinall Federal Building and Courthouse, also known as the U.S. Post Office in downtown Grand Junction, was constructed from 1916 to 1918. The dimensions of the original building were about 81 feet deep by 89 feet wide along Rood Avenue. The architect of the Italian Renaissance style structure was James Wetmore. A major addition in 1940 lengthened the building 45 feet but kept the same architectural styling. The U.S. Postal Service vacated the building in 1965 and moved to a nearby building. The building was renamed in 1972 to honor Mr. Aspinall, who served Grand Junction in the U.S. Congress from 1949 to 1973. The building was listed in the National Register of Historic Places in 1980. 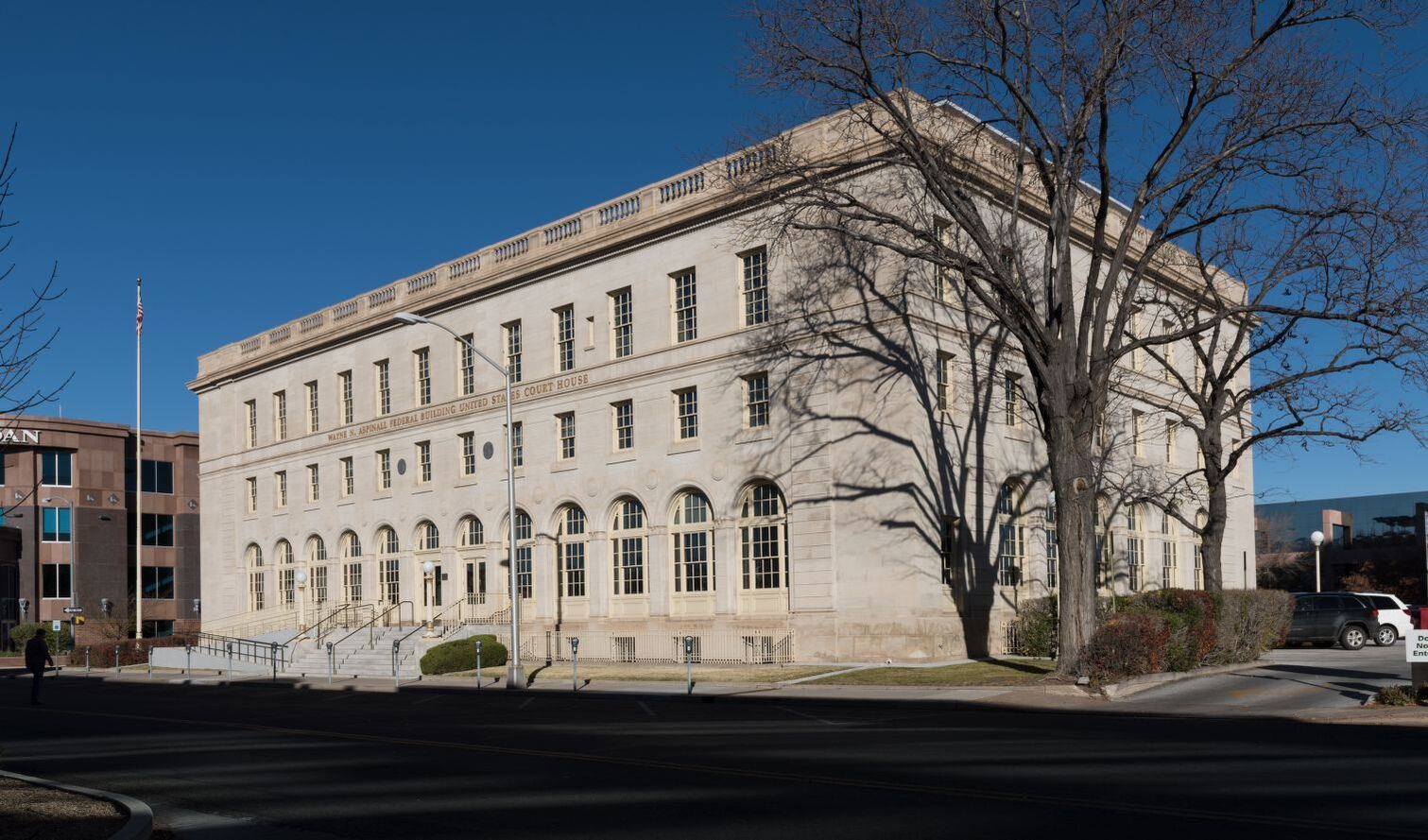 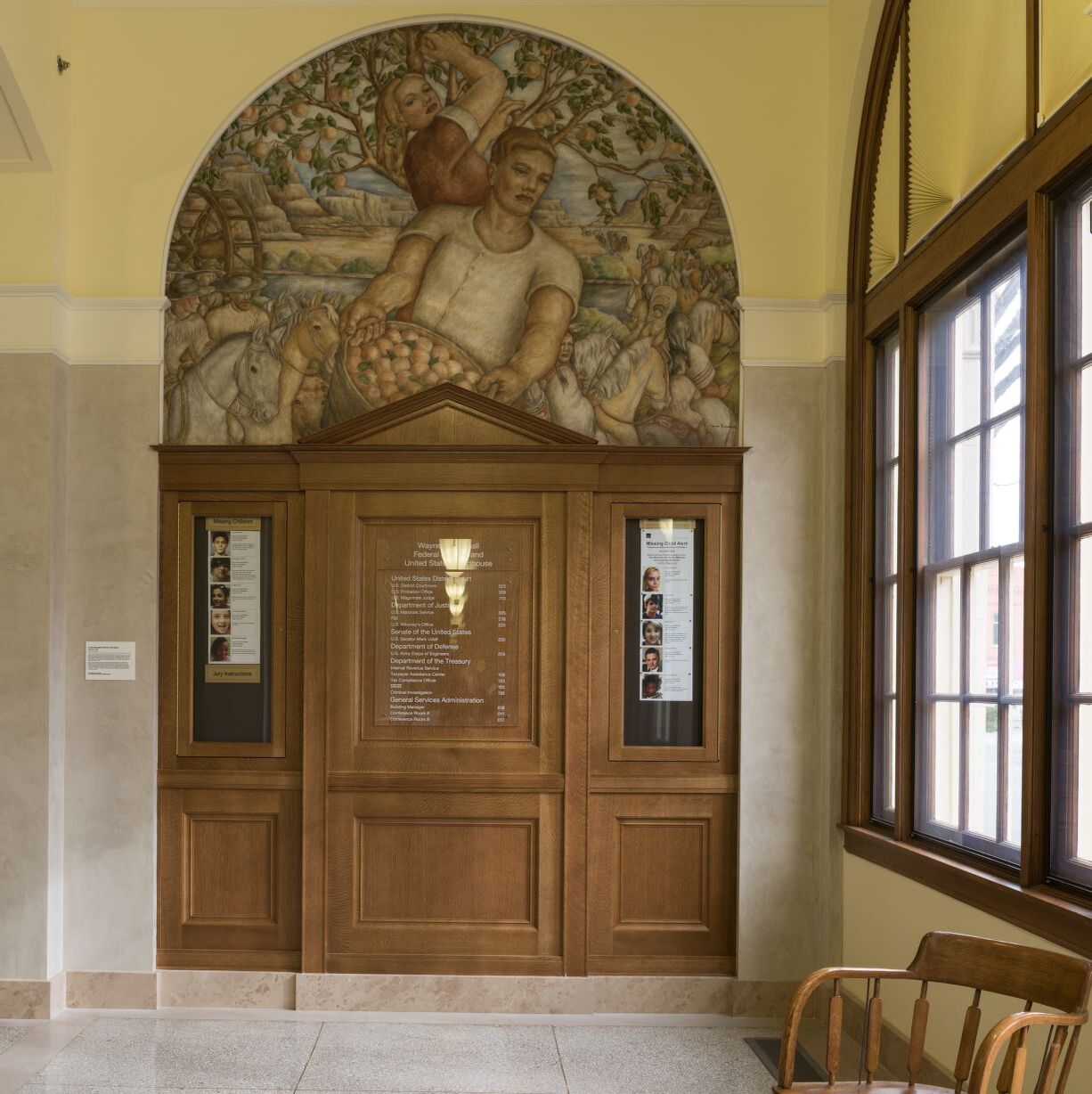 The Aspinall Federal Building was designed to have a U.S. Post Office on the first floor and federal offices and a federal courtroom on the second and third floors. Initial plans called for the original building to be only two stories tall. The plans changed to three stories before construction began. The building was constructed on a concrete foundation with a steel framework. The exterior is clad mainly in Indiana limestone, quarried in Bedford, Indiana; the basement has concrete floors. The basement windows are covered in wrought iron grillwork with wrought iron railings on the window wells. The cornerstone is dated 1915, but wasn't laid until April 1916 due to a freight blockade. The construction began in October 1916 and was completed in March 1918. The contractors were the Dieter and Wenzel Construction Company of Wichita, Kansas.

Although the building is the location of the U.S. District Court, it historically did not have its own resident judge. Judge Robert E. Lewis served at Grand Junction until 1922, along with two other federal courts. J. Foster Symes was only 44 years old when he was appointed the judge in 1922, and served until 1950. The first postmaster in 1918 was R.C. Walker.

The arcaded main facade's design was replicated in the 1940 addition which lengthened the building 45 feet, to a total of 135 feet. Some windows changed to doors after the addition, and vice versa, to keep the main façade symmetrical. The wide granite steps to the entrance also were rebuilt to match the new entryways.

A vestibule was added to the rear façade in 1923 and widened in 1940. A conveyor was built in 1957, connecting the vestibule to a rented building across the alley from the building. When the Post Office moved to a rented nearby building in 1965, the vestibule and conveyor were removed. The lettering on the main façade has changed three times. Originally, it read POST OFFICE, and was later replaced by gilded lettering reading UNITED STATES POST OFFICE AND COURT HOUSE. The lettering was changed once again in 1973, to aluminite that says WAYNE N. ASPINALL FEDERAL BUILDING UNITED STATES COURT HOUSE.

A number of alterations have been made to the building's interior. Ceilings were dropped to install HVAC ducts, except within the courtroom, where the barrel-vaulted ceiling is visible. The third-floor courtroom was renovated in the early 1980s. The building received $15 million in federal funds for modernization in 2010. The award-winning project included the addition of photovoltaic panels on the roof, creating enough energy to power the building at peak use, making this the first net-zero building listed in the NRHP (it will create as much building as it uses per year).

Beginning at the RR Depot, walk through historic downtown, and spend time in the museum or a shop.