James Harold Dance, a World War I veteran and a hard working farmer, got the golden ticket in the agricultural experience. Dance’s deep family ties with the city of Brookfield is what allotted him this opportunity. Beginning with his grandfather in the mid-19th century, Dance and his family helped to reshape agricultural advances that would impact Wisconsin forever. Dance’s personal experiences allowed for a unique opportunity to see how agriculture changed before and after World War I. 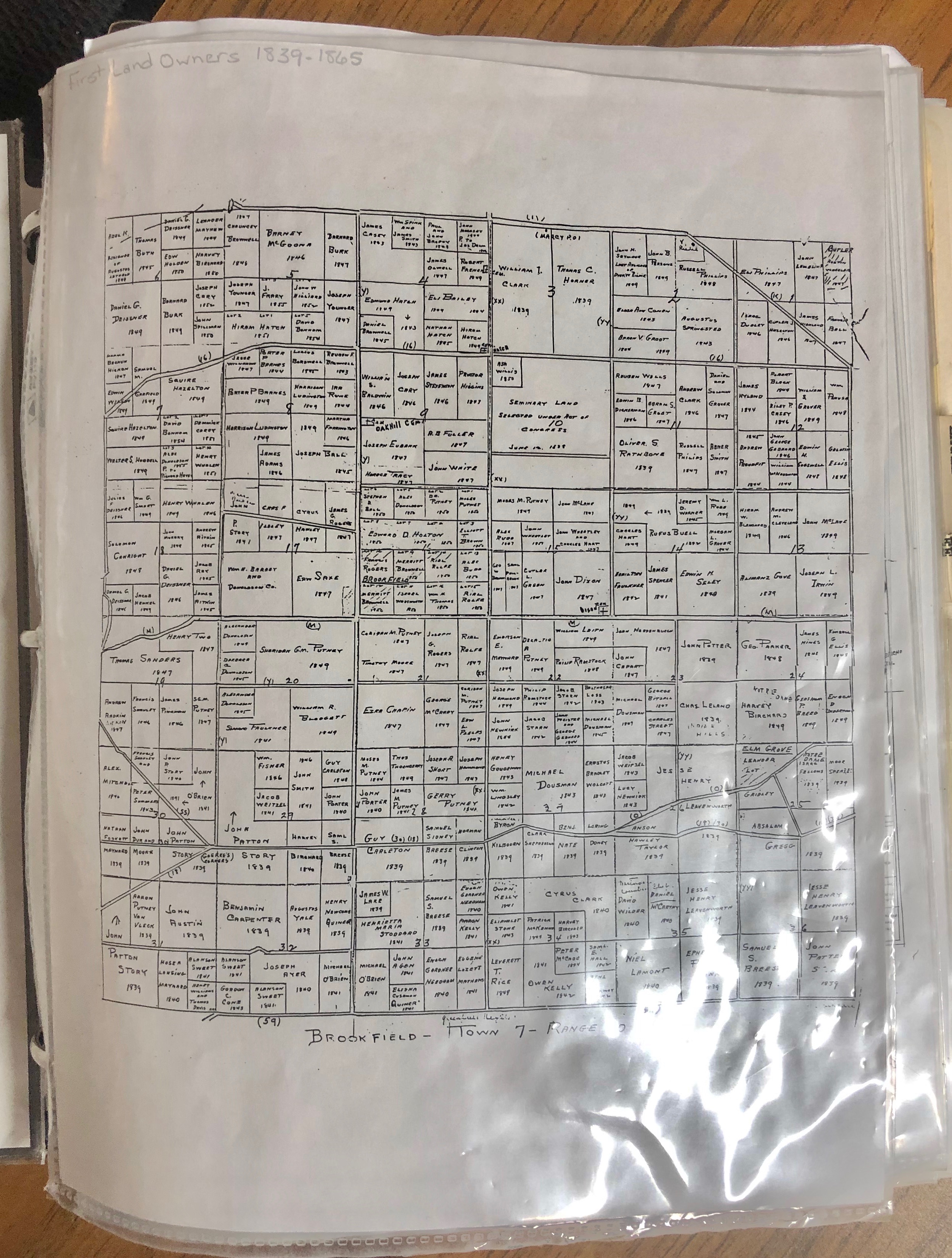 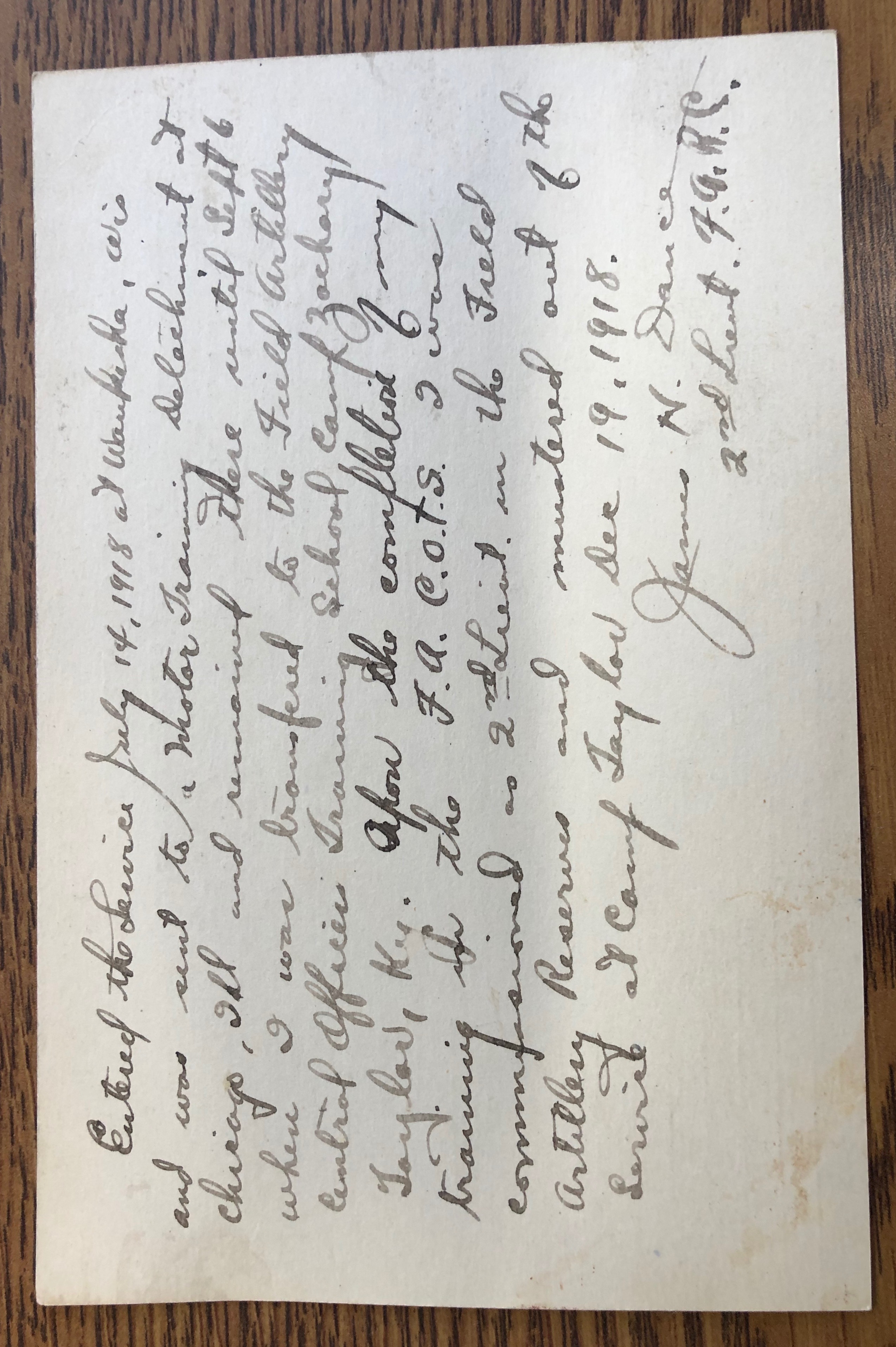 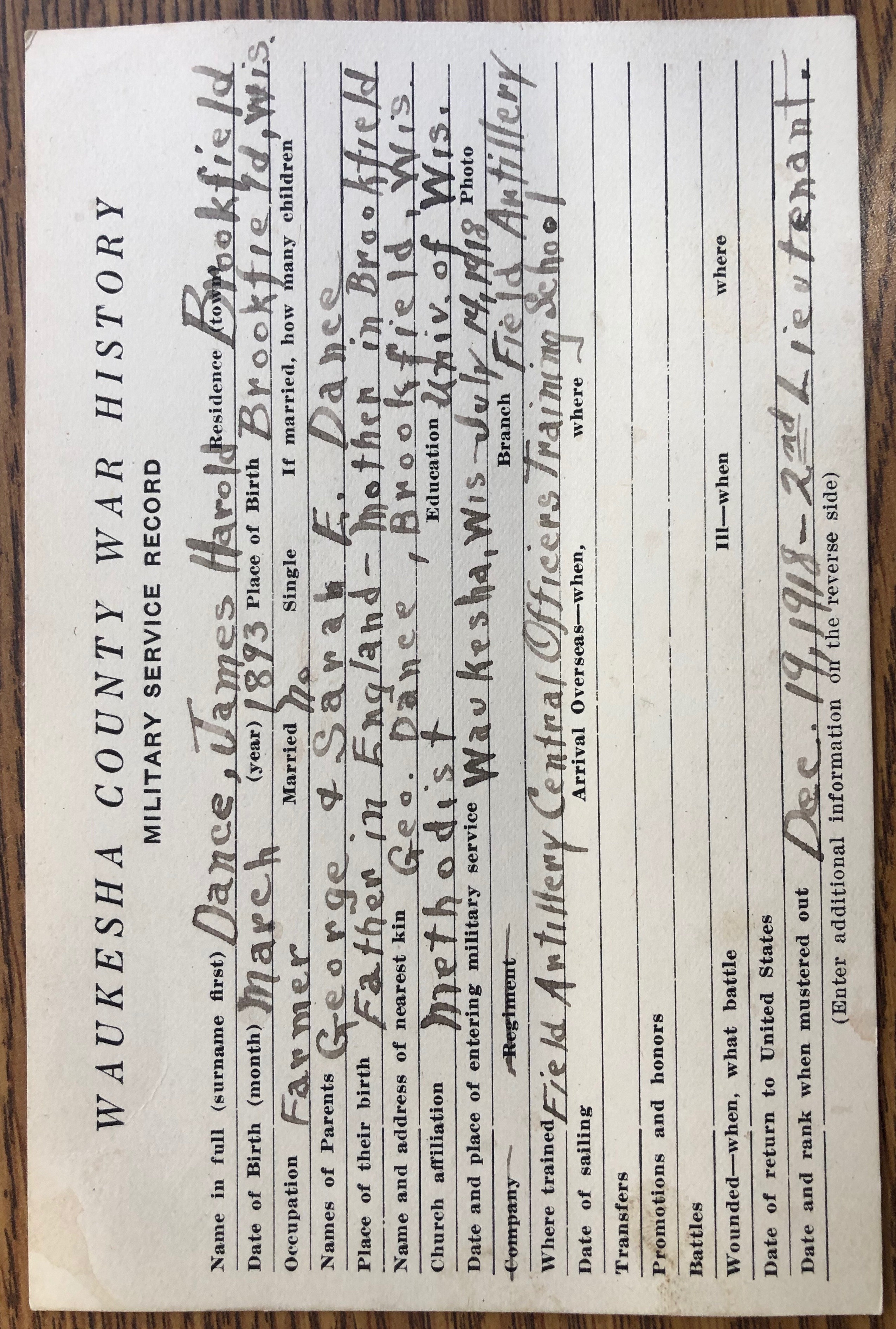 Photo of James Harold Dance, from University of Wisconsin Yearbook. 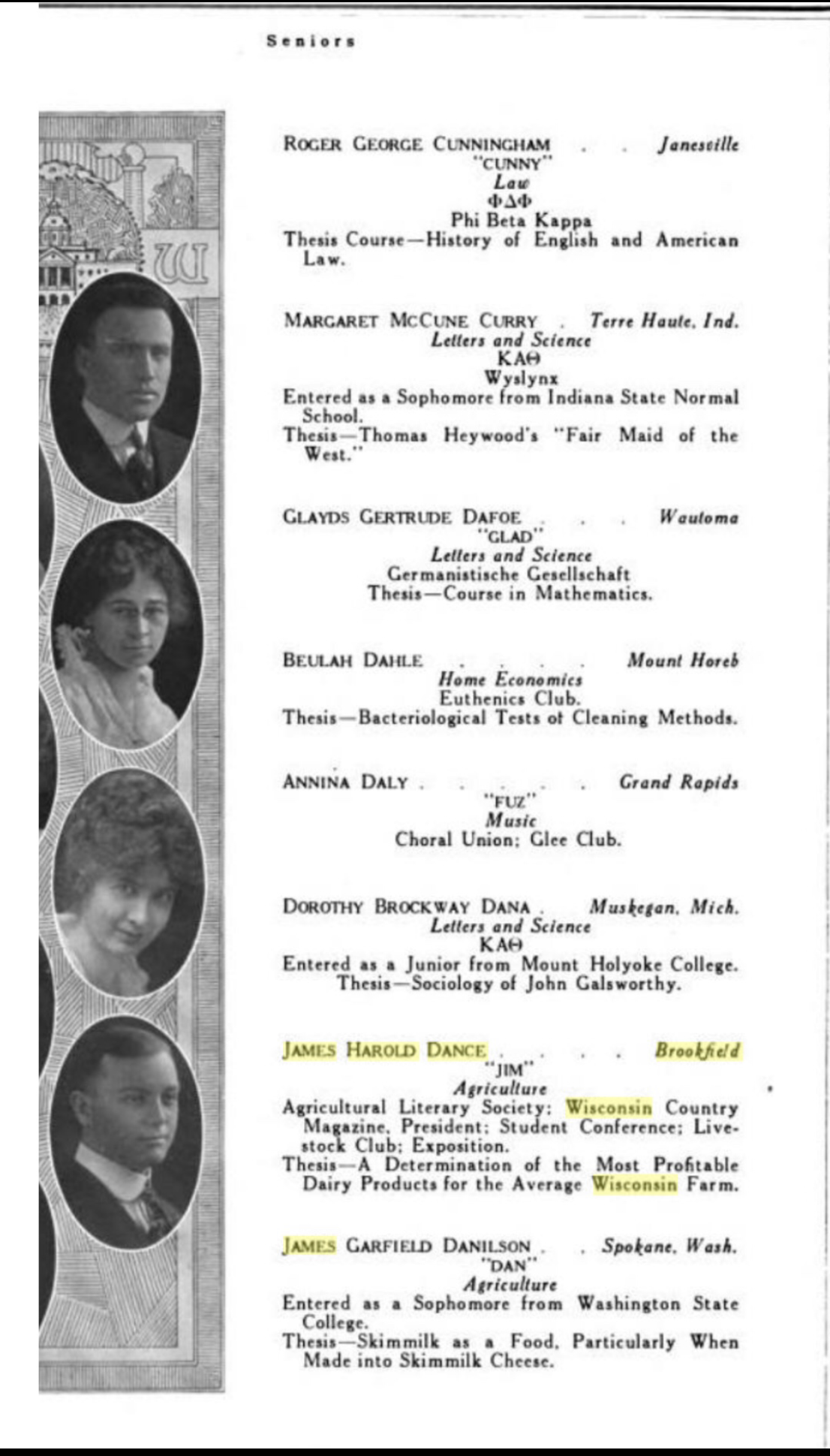 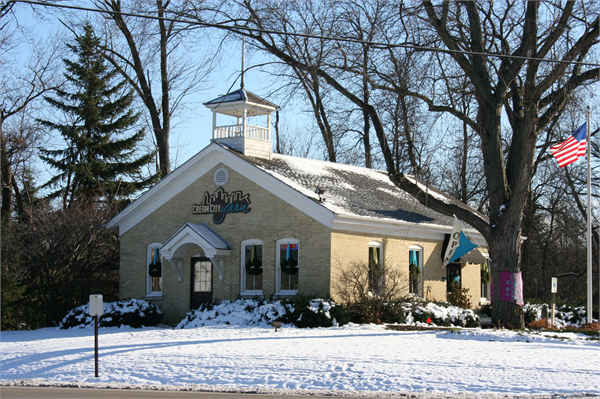 James Harold Dance would be selected for service in World War I, just like many brave young men of his time period. The Veteran trained in Chicago, Illinois as part of the Field Artillery Central Officers Training school, but never reached the battlefield. Dance was born in Brookfield, Wisconsin to farming parents Sarah and George Dance in 1893. James’ family connection with farming was abundant, with one of the most important being his grandfather John Dixon. Dixon’s land was most likely where James would have received his initial farming experiences.

James’ grandfather John Dixon had strong ties with Brookfield, Wisconsin. Dixon became an original investor of 160 acres of land, in Brookfield, near the current intersection of Pilgrim Road and West North Avenue. That land is where James would have worked and even went to school. The school he would have attended was called “Dixon Elementary” and was built in 1850 named after the donor of the land: his grandfather John Dixon. That school is presumably where James would have developed a passion for education in agriculture. The first Dixon Elementary that was built in 1850 was ruined due to a fire, but was rebuilt at the same site in 1870 and used as a school till the 1950’s. The school's current location is now home to the business “Cream City Yarn ''.

Education was clearly a large part of James Dance’s life. He would have been one of the lucky Americans of his time period to receive a college education. James received a Bachelor of Science in the field of Agriculture at the University of Wisconsin. James’ timeline in the field of agriculture allowed him to see some amazing changes. Before World War I, when James was growing up, he would have been used to farming and the intense labor that came with it. Including tending to the field with tools by hand and using animals as power to plow the fields. Farms in the early 20th century needed a high quantity of workers to keep them running, and smart products like fertilizer were likely not used. Almost all of what farmers needed to live and work was produced on that said farm.

After World War I and onward, most of these things would change for James. In fact, farming would begin to look a lot like how we see it today. Farming would become more mechanized to make labor less intensive, and tractors and other machines would become essential for farming lifestyle, allowing many jobs to be done in a more efficient way. Farms would no longer produce everything James would need, instead James would most likely have bought the products he needed elsewhere. Eventually by 1950, electricity would have likely been available to James, as well as helpful vehicles like trucks. Fertilizers would become a commodity for farmers, helping them grow their crops much more efficiently. Overall, James Dance got to experience the boom of mechanization in agriculture, making his story unique.