The Berkeley Piano Club was established in 1893 by a group of community-oriented women who wished to promote the study and performance of music. Although early meetings were held in members homes, by 1912 the group decided that they needed an official space in which to meet. The Piano Club commissioned local architect William Woollett to design a clubhouse with a concert hall for piano performances. This building was designated as a City of Berkeley Landmark in 2005. Although the Berkeley Piano Club is a membership organization, it offers many concerts and other events for the public to enjoy.

Entryway to the Berkeley Piano Clubhouse 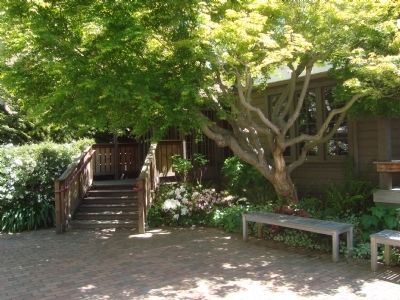 Entryway to the Berkeley Piano Clubhouse 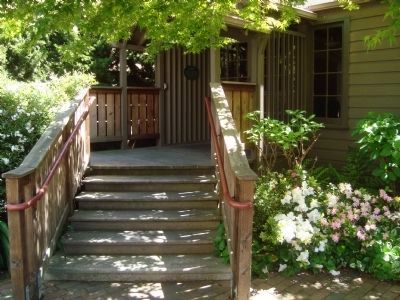 A written and pictorial account of the Piano Club's history between the years 1994 - 2011, created by Sondra G. Reid 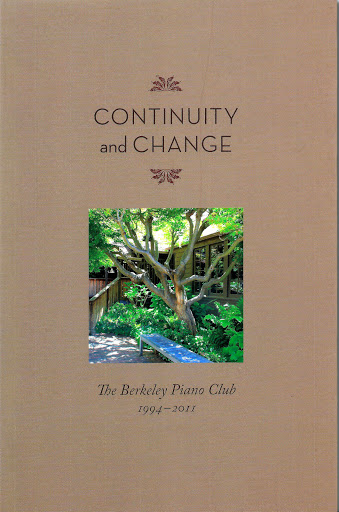 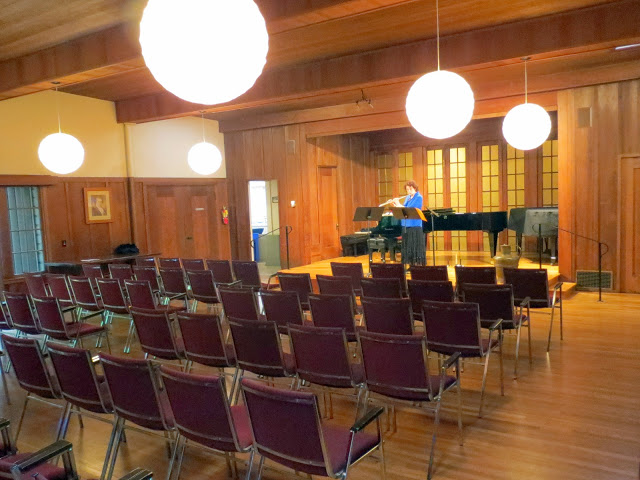 Two grand pianos at the Berkeley Piano Club: a Steinway and a Börsendorfer. 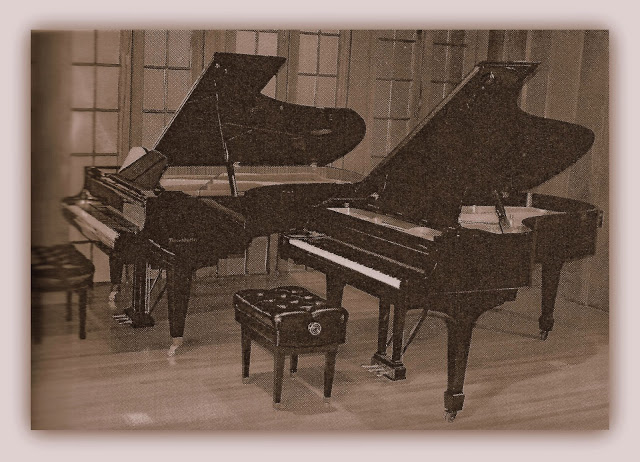 Entryway at 2726 Haste Street. This is the front entrance to the historic Bertha Newell house, which faces Haste Street. It was included within the historic landmark designation of the Piano Clubhouse by the City of Berkeley in 2005. 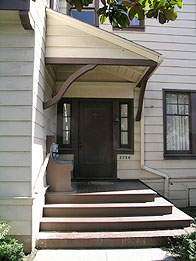 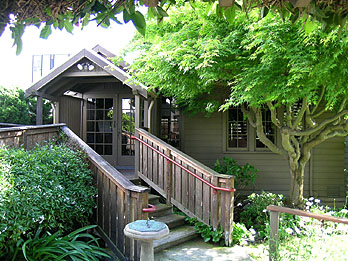 Side gate to the Berkeley Piano Clubhouse 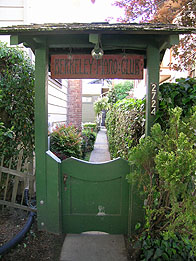 Berkeley Piano Club Historical Marker, which notes that the clubhouse was designated as a City of Berkeley Landmark (2005), with the plaque placed in 2007 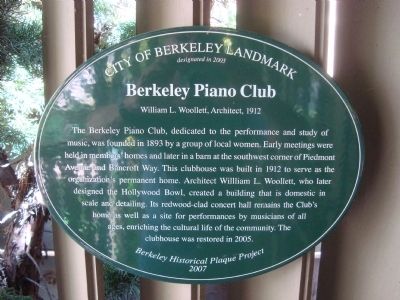 The Berkeley Piano Club was founded in 1893 by a group of local women who were highly civic-minded, as well as being appreciators of piano music and concert performances. After its establishment in 1893, the meetings of the Berkeley Piano Club during its early years were held simply within individual members' homes, while hosting concerts within members' living rooms. A few years later, meetings of the Piano Club were then held in a barn that was located on the southwest corner of Bancroft Way and Piedmont Avenue in Berkeley.

By 1912, however, the group decided that it was time to build a special space to house their meetings. The architect William Woollett, who is perhaps best known for designing the famous Hollywood Bowl, set out to create an intimate space that would serve as the Berkeley Piano Club's permanent home beginning in 1912. Although the new clubhouse was intended to be "domestic in scale and detailing," it also needed to include sufficient space so that it could appropriately serve as a concert hall for the piano performances hosted and sponsored by the club. As part of Woollett's attractive design plan for the space, the walls and the ceiling of the clubhouse were elegantly lined with California redwood. This created a warm, ambient effect in the space surrounding the modest, elevated stage.

In 2005, the clubhouse underwent a full restoration, leaving Woollett's original design intact. The same year, the Berkeley Piano Club was designated as a City of Berkeley Landmark, and a historical plaque was placed at the site in 2007. The historical designation also includes the Bertha Newell house, which is located at the front of the property facing Haste Street. This property was also the final home of the Berkeley architect John Galen Howard (1864 - 1931). Howard designed many of the historic buildings which are located on the campus of the University of California at Berkeley. Following Howard's death, his widow continued to live at this site. It is also believed that during the 1930s, a scientist who was affiliated with the Manhattan Project developed a triggering mechanism for the atomic bomb, while he was working in a second-floor studio at this location.

Today, the Berkeley Piano Club continues to be used for community performances by pianists, as well as other types of musicians. It is one of the few musical arts societies in the U.S. to maintain its own private concert space. Although the club requires membership, the space is also available for private rental and many of the musical performances hosted in this space are also open for community attendance. Two grand pianos are kept permanently on site (a Steinway and a Börsendorfer.) The Berkeley Piano Club currently sponsors an Emerging Artists Fund, which helps young musicians to pursue further formal opportunities for training and performance.