Now home to the Carnegie Resource Center, a local social services organization, the former Everett Carnegie Library was the city's first purpose-built library. Constructed in 1905, it is named after Andrew Carnegie (1835-1919), the steel magnate and philanthropist who donated funds to communities all over the country that wanted to build public libraries. When completed, the library was one of many indicators that the city was maturing as it was erected during a period of significant economic growth. It is also important for its architecture. Architect A.F. Heide, a native of Germany, designed it in the Second Renaissance Revival style. Interesting features include a red-tile roof, arched windows, an arched main entrance, and decorative brickwork.

The former Carnegie Library was built in 1905 and is now home to the Carnegie Resource Center. 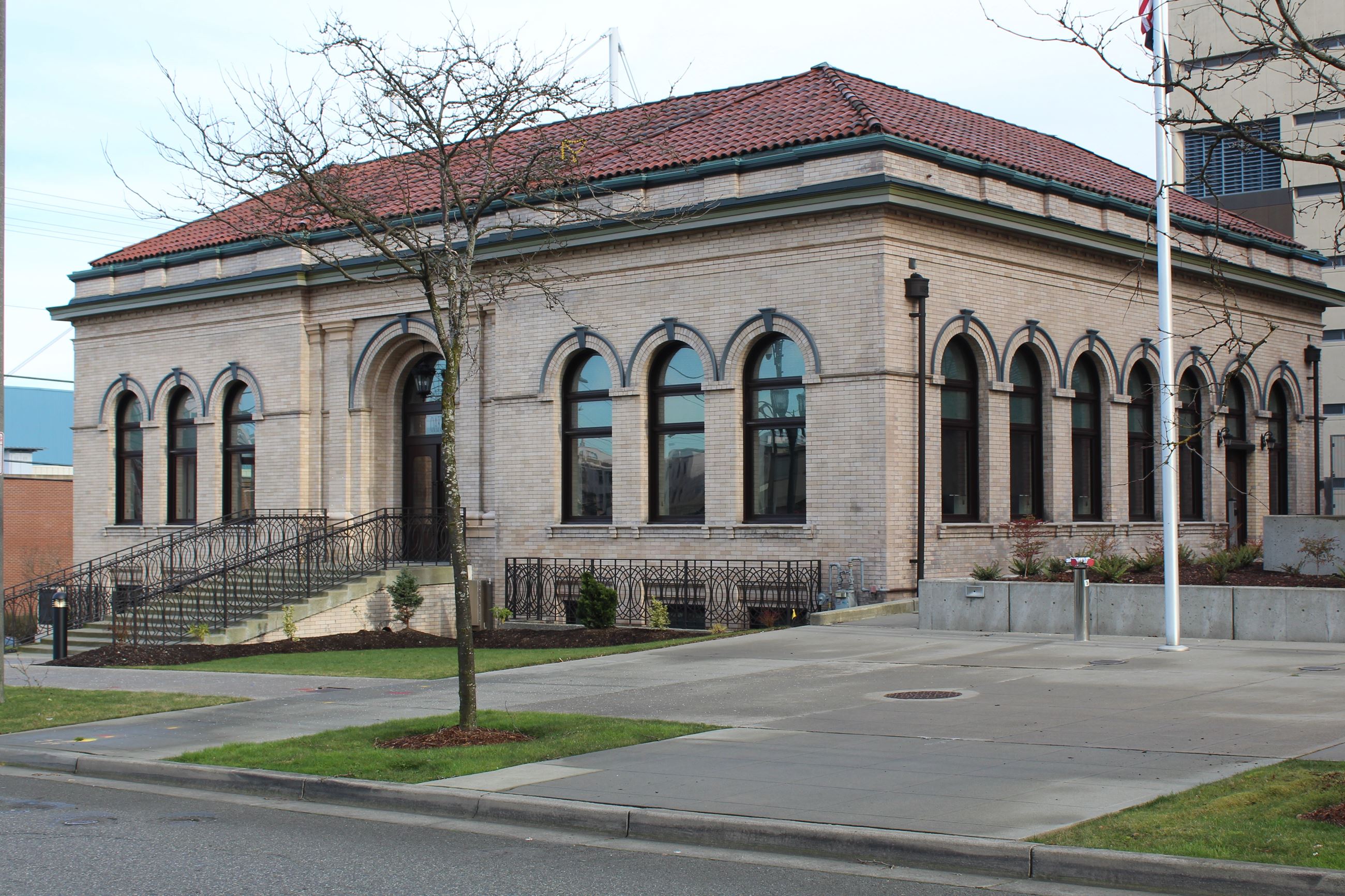 The history of the city's library system dates back to the formation of the Women's Book Club in the 1890s. Members collected books and gathered them in private homes. In 1898, the city's first library opened in a temporary location. It was then moved to a few rooms in City Hall where it remained until 1901 when it was again relocated to another building. This new home was insufficient. As a result, that year, the Library Board wrote to Carnegie asking for help. Carnegie granted $25,000 on the condition that the city pledge $2,500 annually to fund it (this arrangement was typical for Carnegie libraries).

The library opened in July 1, 1905 and operated until 1934, at which point it became a mortuary for the next several decades. The county bought it in 1980 and used it for a variety of purposes including as the offices for the first county executive. It was vacant for a long period as well before being renovated for the Carnegie Resource Center, which opened in late 2018. The building was added to the National Register of Historic Places in 1975.