John Coke built a T-shaped farmstead in 1852; this building was T-shaped and the only surviving example of the Peninsula of Picturesque style. Over the next century, agricultural production decreased on the farm and the land was subdivided. When auto dealer Robert Brumley Watts and his wife Estelle C. Watts purchased the property, they added another wing to the house, more than doubling its size. Between the 1940s and 1950s, they created the H-shaped building that stands today and repaired two outbuildings on the property. The addition has similar massing and brickwork to the original structure and is a late example of the Colonial Revival style. 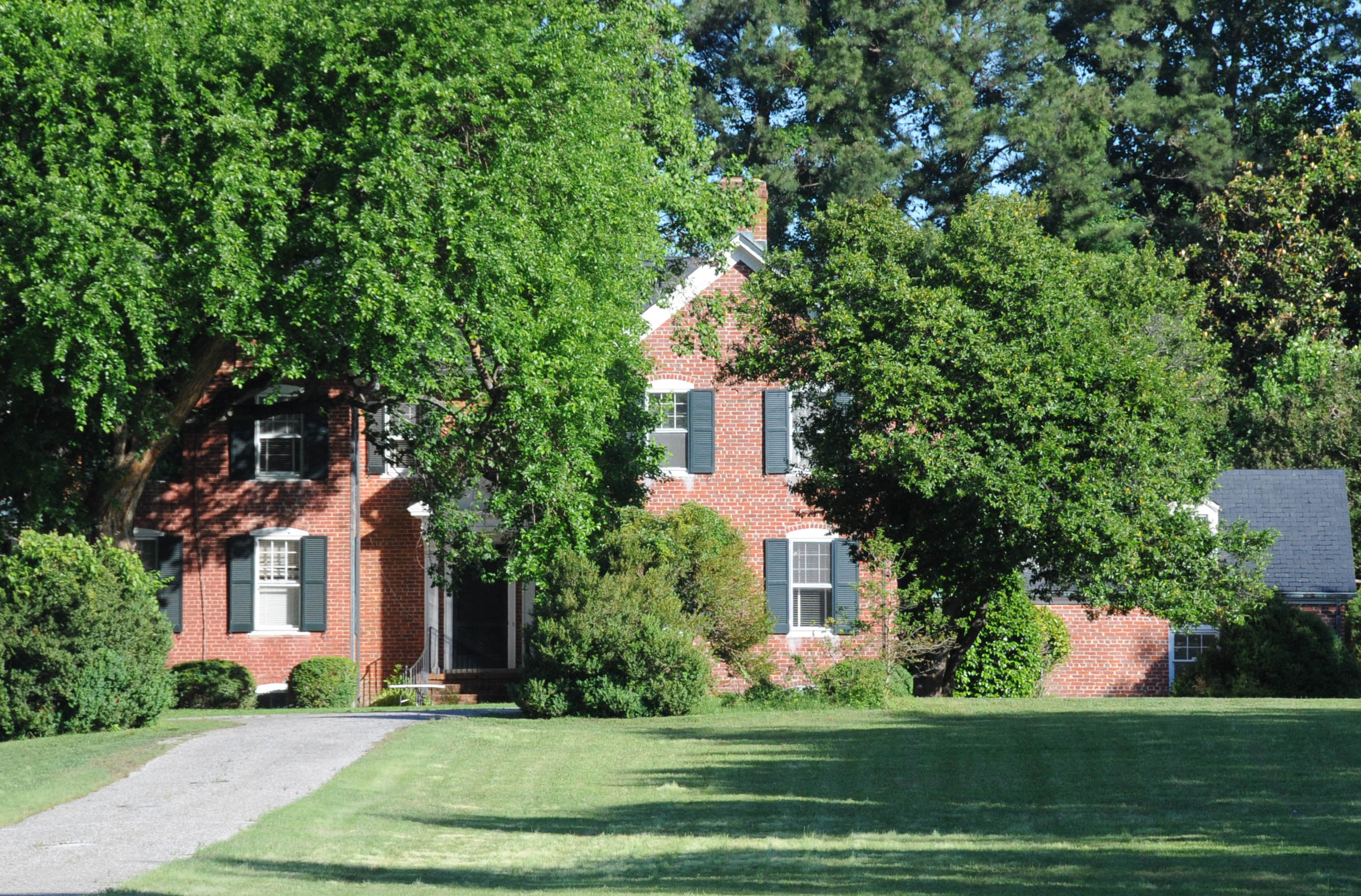 John Coke purchased this tract of land in 1840 and in 1852 built the Amblers House in the Peninsula of Picturesque style, which is often associated with landscape architect Andrew Jackson Downing. The original house was two stories, T-shaped with irregular massing. A two-story porch on the west side of the house was original to the structure but has been significantly rebuilt and is now enclosed. The house stands under trees and overlooks the James River.

The land changed hands many times over nearly 100 years, until Jesse Dimmick updated the plumbing, electrical, and heating systems in the 1930s. Additionally, he rebuilt the framing of the roof and replaced the floor joists and floorboards, gutting much of the house. He left much of the ground floor unchanged but converted two unheated second-floor rooms into a bathrooms; some of the tile and plumbing from this period is still extant in the house.

In 1941, Robert Brumley Watts and his wife Estelle C. Watts purchased Amblers and over the next two decades enlarged the house, more than doubling the footprint. A new wing, executed in a style imitating the original house, creates the H shape the house exhibits today. They also added a kitchen, a garage, and formal boxwood gardens. Even after all of the expansions and renovations to the house, the 1852 wing still includes some original woodwork.

Two antebellum outbuildings also stand on the property: a brick smokehouse and another building which may have served as quarters for enslaved individuals or servants. The Wattses also restored these buildings and they are considered contributing structures to the historic significance of the site.

Other names for this building are the Coke-Watts House and the Vermillion House. This is a different structure from the Ambler Mansion Ruins, which are about two miles east of this building. The National Register of Historic Places recognized the house in 2015. James City County now owns and maintains the property. In 2018 the Jamestown Board of Supervisors approved a contract for just under $500,000 to repair the slate roof, chimneys, and windows; to removed asbestos; to add handrails to entry ways; and other repairs, mainly to the exterior. After the completion of the project, the property may be used as an events venue in a public-private partnership.