On August 18, 1879, five Italian immigrant workers were killed by a sheriff's posse along Fish Creek south of Eureka. This incident became known as the Fish Creek Massacre. Several other Italian laborers who produced charcoal from logs were wounded and arrested as well. The massacre arose from a dispute over the price of charcoal. The laborers, known locally as "charcoal burners," wanted to increase the price of the charcoal; the buyers of the charcoal, however, did not. The burners decided to go on strike, which ultimately led to the confrontation on August 18. In the end, none of the men in the posse were imprisoned or charged with murder. Mining activity also declined and many of the immigrants moved away as a result of the massacre. 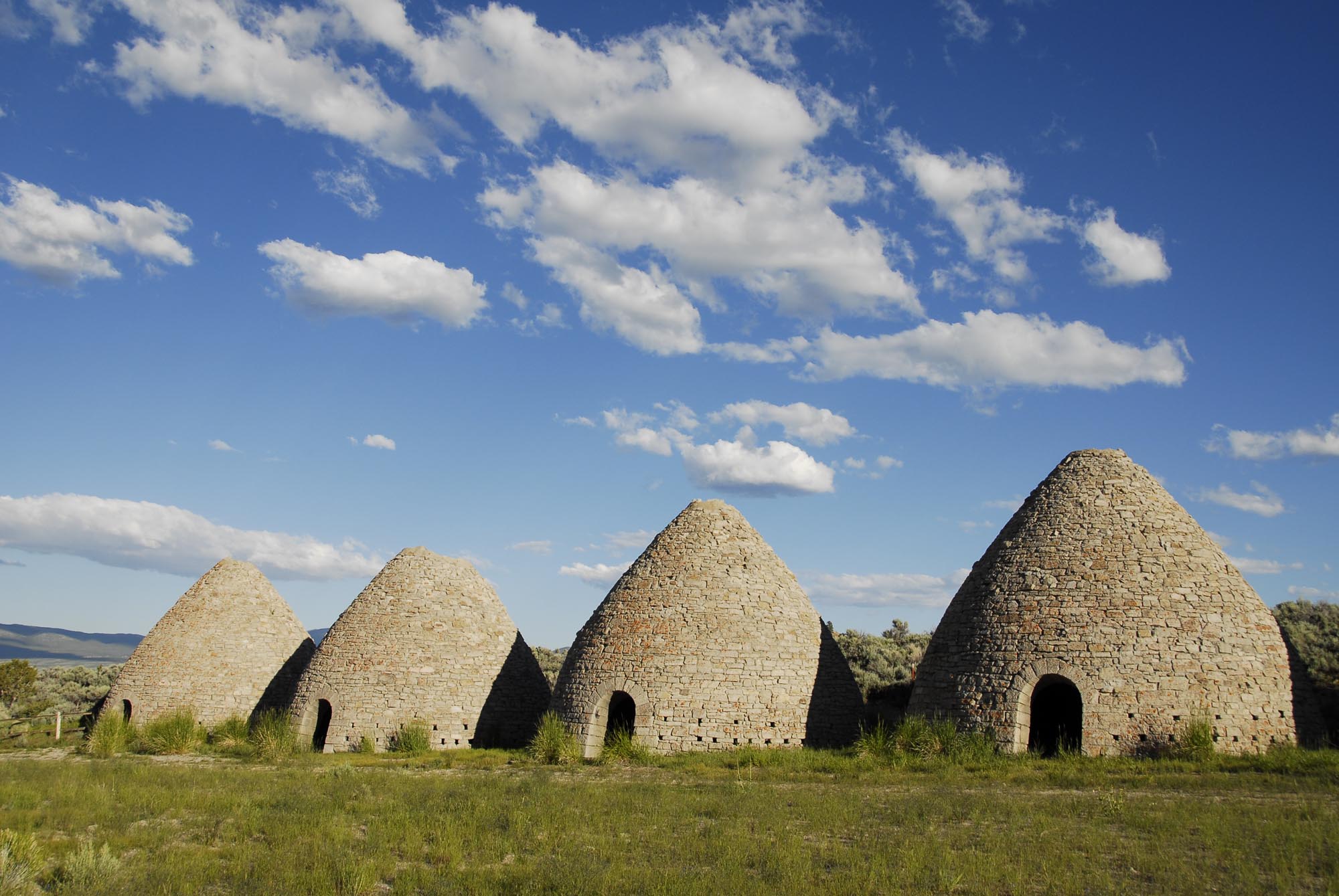 This historical marker at the Eureka Cemetery commemorates the five Italian men who lost their lives in the massacre. 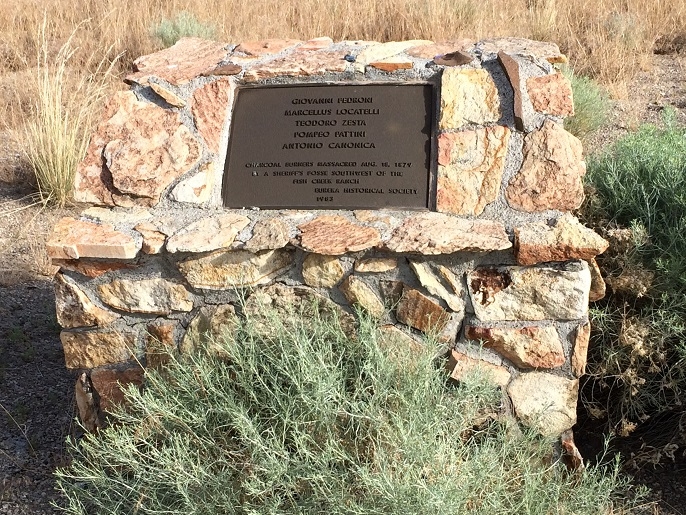 Mining in Nevada took off in 1859 when the Comstock Lode—a huge deposit of silver—was found in western Nevada. The discovery attracted miners and investors from far and wide, enticed by the prospect of making it rich. Among these were Italian immigrants. As the lode began to be depleted in the 1860s, the search for new silver mines began, which is how the mines near Eureka got started.

Beginning in 1864, a few had opened up in what would become the Eureka Mining District. The ore found there consisted of lead amalgamated with silver, however, which was more difficult to process. Doing so required lead smelting furnaces that could reach the high level of heat needed to separate the two minerals. Because of this mining didn't take off until 1869 when prospector Colonel G.C. Robbins built such a furnace. The town of Eureka was established soon after and grew steadily. Mining activity intensified even more after the Eureka and Palisades Railroad was built between the town and the mining district.

The new furnaces required large amounts of charcoal and the Italian immigrants were the perfectly suited to supply it. They mostly immigrated from northern Italy and part of Switzerland. In that region, people had been making charcoal for around a hundred years. When they arrived in Nevada, they built specially designed furnaces that look like rounded cones (several still exist in Ward Charcoal Ovens State Historic Park).

As noted above, the Italians were poor and not paid well for their work. They were, in fact, victims of a smelter contracting system that took advantage of them. The language barrier and overall ignorance of American culture made it easier for contractors to exploit them as well. In short, the charcoal burners signed contracts with unfavorable terms such as repayment of the cost to travel to America plus interest, paying for housing, and being paid in vouchers (rather than money) that could only be redeemed at the contractors' stores, where items were overpriced.

The situation came to a head in July of 1879 when the burners went on strike. By this time, the charcoal burners finally understood how much they were being exploited. The Italian contractors who hired them in Italy and some in the local Italian business class were, in fact, part of the system, which exacerbated the tense situation. To achieve their goal of raising the price of charcoal, the burners formed a union. Some members advocated for bold action, such as raids and violence; others called for more diplomatic approaches. Fights broke out between the two factions and even one man was killed.

During the month of July, the sheriff in Eureka attempted to control the charcoal burners but was unable to. However, he did not give up. On August 18th, he dispatched the posse of heavily armed men to subdue the charcoal burner camp at Fish Creek, which is 30 miles south of Eureka. Their goal was to arrest the union leaders and put an end to the crisis. But fighting erupted soon after the posse arrived. The posse killed five charcoal burners and wounded several others; only one member of the posse was wounded.

As noted above, none of the members of the posse were charged and the charcoal burners who were arrested were eventually released. The strikers realized they failed and were forced to go back to work. The charcoal buyers lowered the price of charcoal even more as well. However, around this time mining activity began to slow down, which cut the demand for charcoal, and many charcoal burners left as a result. Mining continued but the ore was all but depleted by the early 1890s.

"Silvio Manno (Author of the book "Charcoal and Blood: Italian Immigrants in Eureka, Nevada, and the Fish Creek Massacre")." We the Italians [Interview with Silvio Manno]. Accessed March 17, 2020. https://www.wetheitalians.com/interviews/when-italian-emigrants-america-went-war-each-other-story-fish-creek-massacre-nevada.