Constructed in 1928, Walter's Hot Dog Stand is located on Palmer Avenue. The now-iconic food stand resides in a mostly residential neighborhood in Mamaroneck, located directly across the street from the Mamaroneck High School. Since its opening, the Warrington family has had continuous ownership of the facility, ensuring its legacy. Today the stand is still in operation, making it possible for any and all to come see and taste a piece of history. 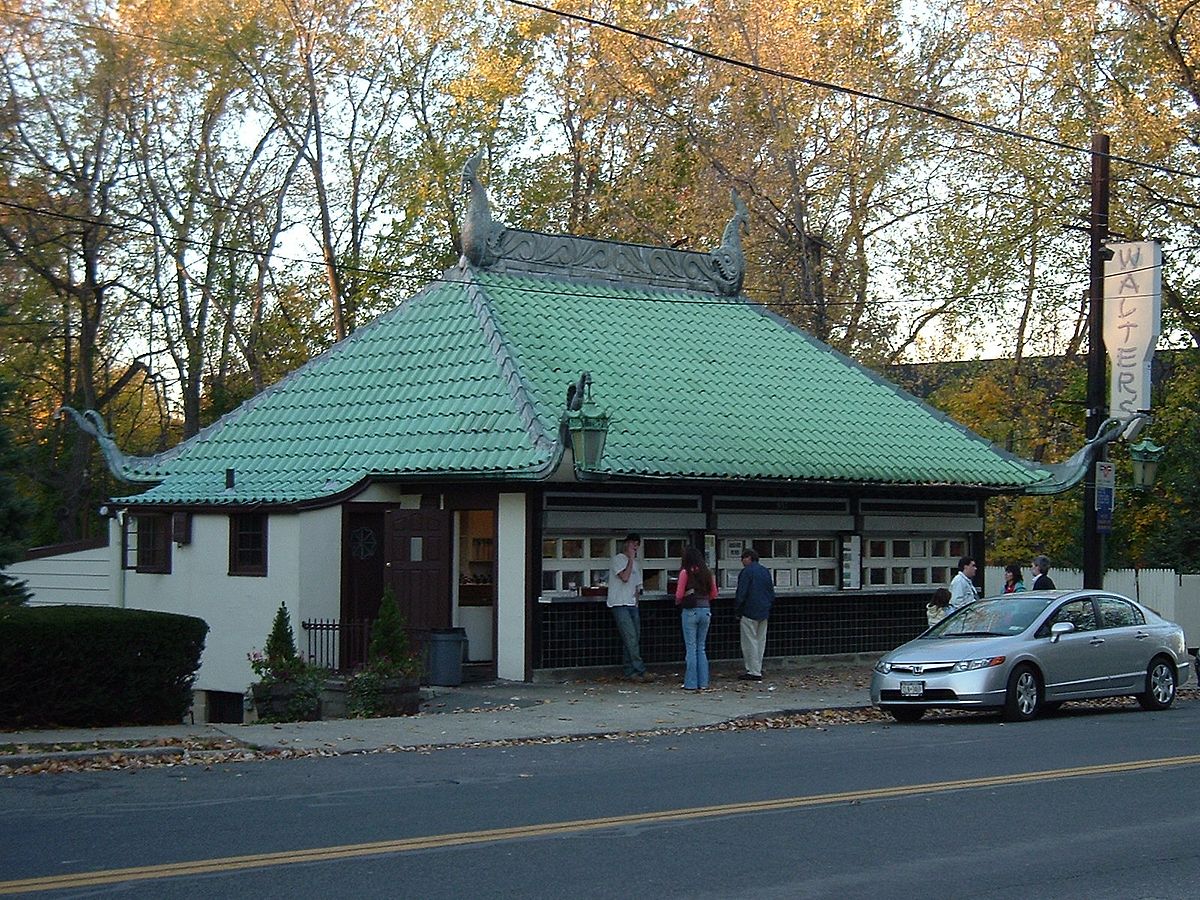 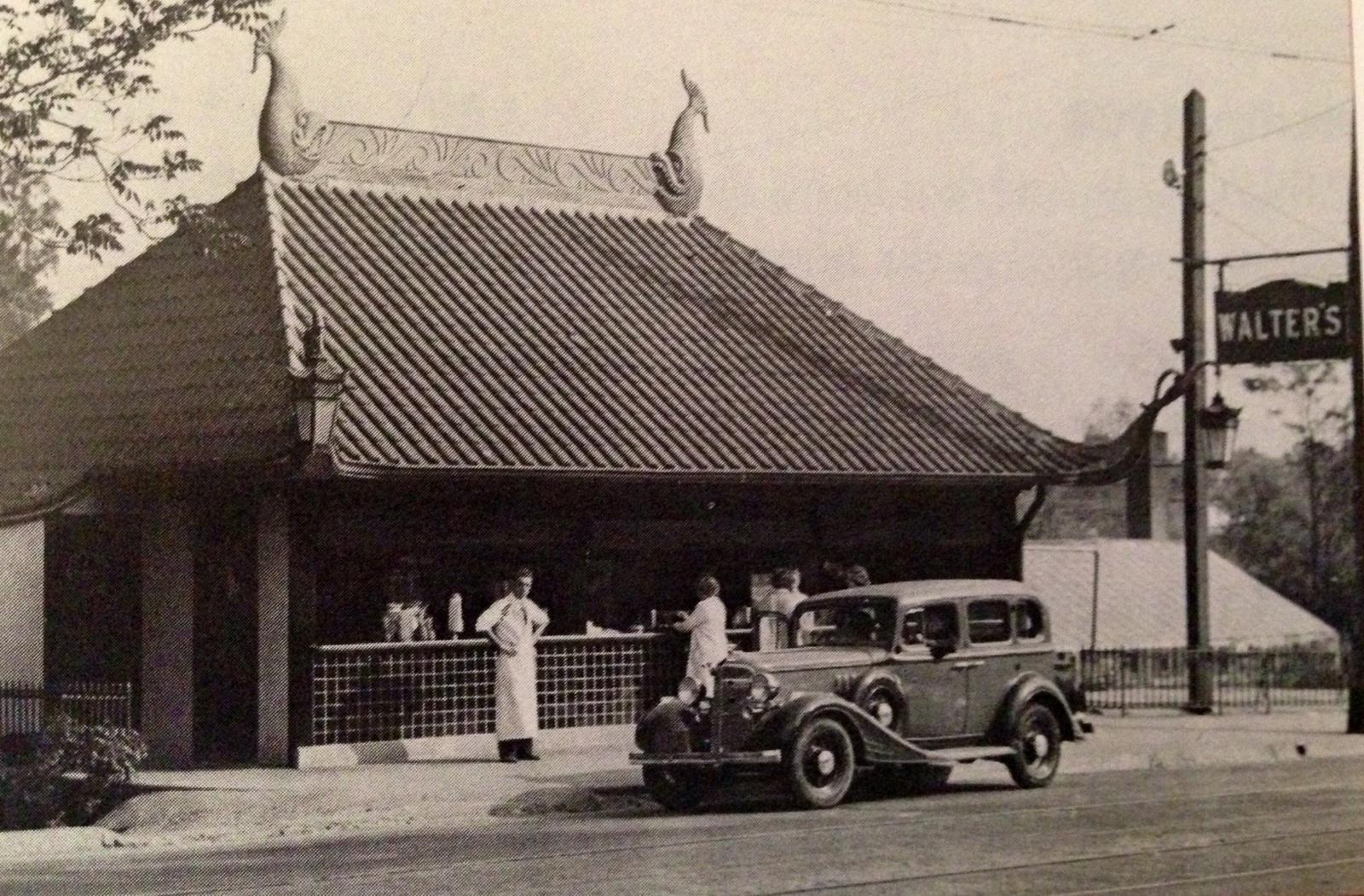 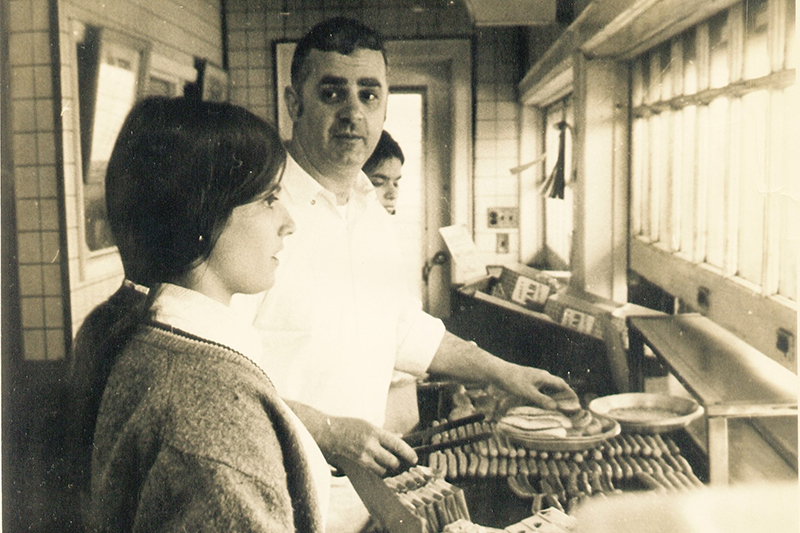 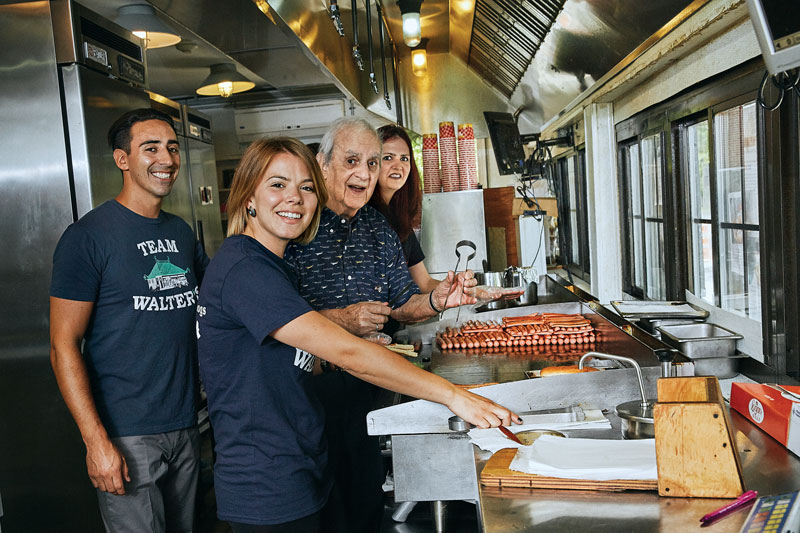 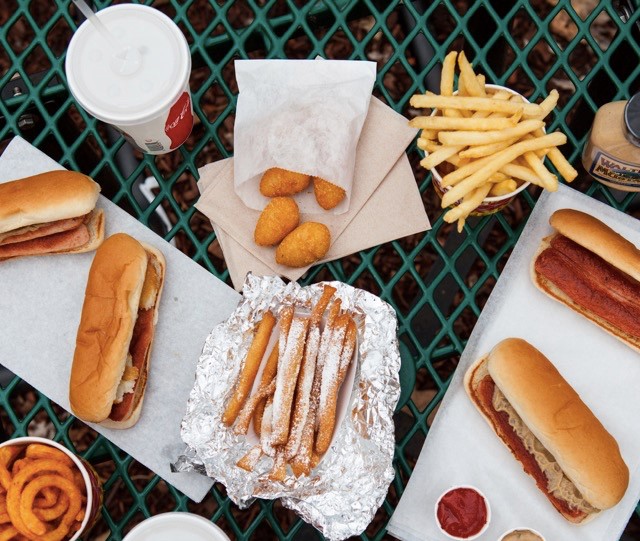 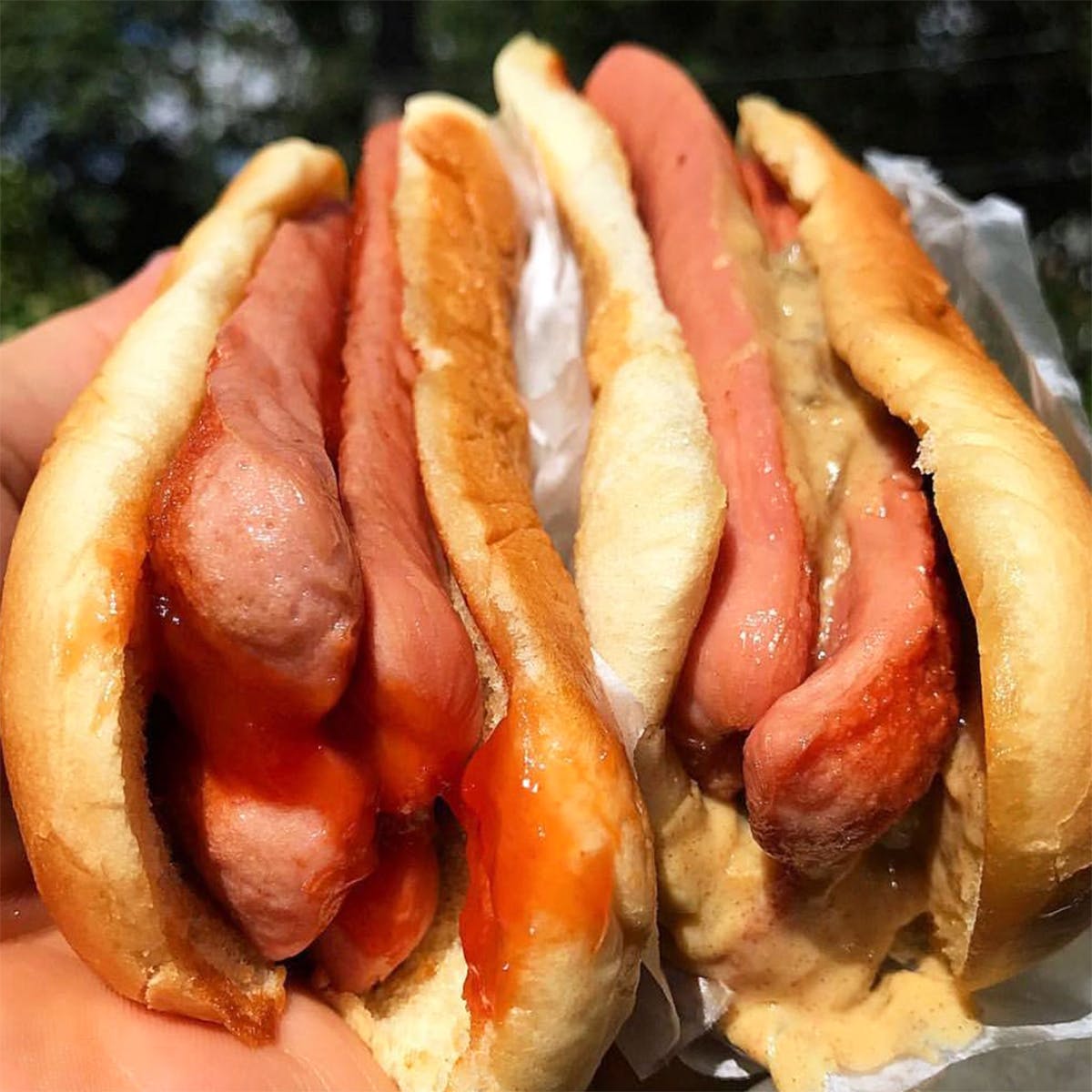 Built in 1928 by an unknown architect for Walter Warrington and his wife Rose, the now famous Walter’s Hot Dog Stand remains significant almost a century later after its opening. Historian Peter Shaver noted, “The stand is a striking presence in the village, with its pagoda style copper roof and dragon lanterns. In continuous operation by the Harrington family since opening, the stand has become an important landmark in the village, serving Walter’s famous hot dogs made from his own recipe.”1 As one can see, there are many factors that make the location popular.

Located in a mostly residential area, the stand's unique architecture helps it appeal to many, as the design is not common in Westchester County. The foundation of the structure is made of concrete block and stone, the walls are stucco, and the roof is made of copper. The building itself is rectangular and only one story tall. Its concrete foundation is not visible from the front of the exterior, only in the back due to an elevation in slope. The walls are mostly white around the structure, with three window counters featuring Black tiles located in the front for ordering and serving purposes. The main feature of the structure is its roof. It features a “prominently steeply pitched hip roof clad with copper tiles and elaborate Chinese inspired ornamentation.”2 On each of the four corners of the roof there are individual copper dragons that curve upward. “Large copper lanterns hang from the dragons on the front two corners of the building. Across the front of the roof is a built-in gutter. There is an elaborate decorative copper crest along the ridge of the roof which has a stylized carp on each end.”3 Today these copper features are green in color due to the byproducts of corrosion over time.

The story behind Walter and Rose Warrington’s stand explains its location in a residential neighborhood. The original idea for opening up a storefront was to sell apples and cider that they had from an orchard Walter had purchased for $35 in 1919. Selling hot dogs was their second idea. Walter had found a location located south on Boston Post Road and began selling his cider and hot dogs at the same time. Walter remained in this location until the rent was deemed too high, when he then built the new and permanent location on Palmer Avenue. “Walter engaged a meat maker and between them they came up with the unique recipe for his own hot dog, a recipe still used today. He also began the practice of splitting and grilling the dog, also a trademark still practiced.”4 These trademarks have all been continuously carried out by Walters relatives who still operate the location four generations later.

The tradition of this particular hot dog stand is what continues to keep loyal customers almost a century later. “Walters hot dogs are split down the middle, grilled in a ‘secret sauce,’ and served on a toasted bun with Walter’s signature mustard: a blend of choice mustard seeds, relish and spices.”5 This tradition and the stand have earned numerous awards for its food products and continues to bring in new customers to this day. Walter's Hot Dog Stand was added to the National Register of Historic Places in 2010.