The sugar company began its operations at the turn of the twentieth century after the island became a territory of the United States. At that time, the South Porto Rico Sugar Company, located in Salinas, Puerto Rico, contributed to sugar production and export. For its role in sugar production, the Aguirre Sugar Refinery was a driver in the country's economy but had to close due to industrialization problems. What remains now are ruins and a story to tell.

A view of the Aguirre Sugar Refinery from the sky. 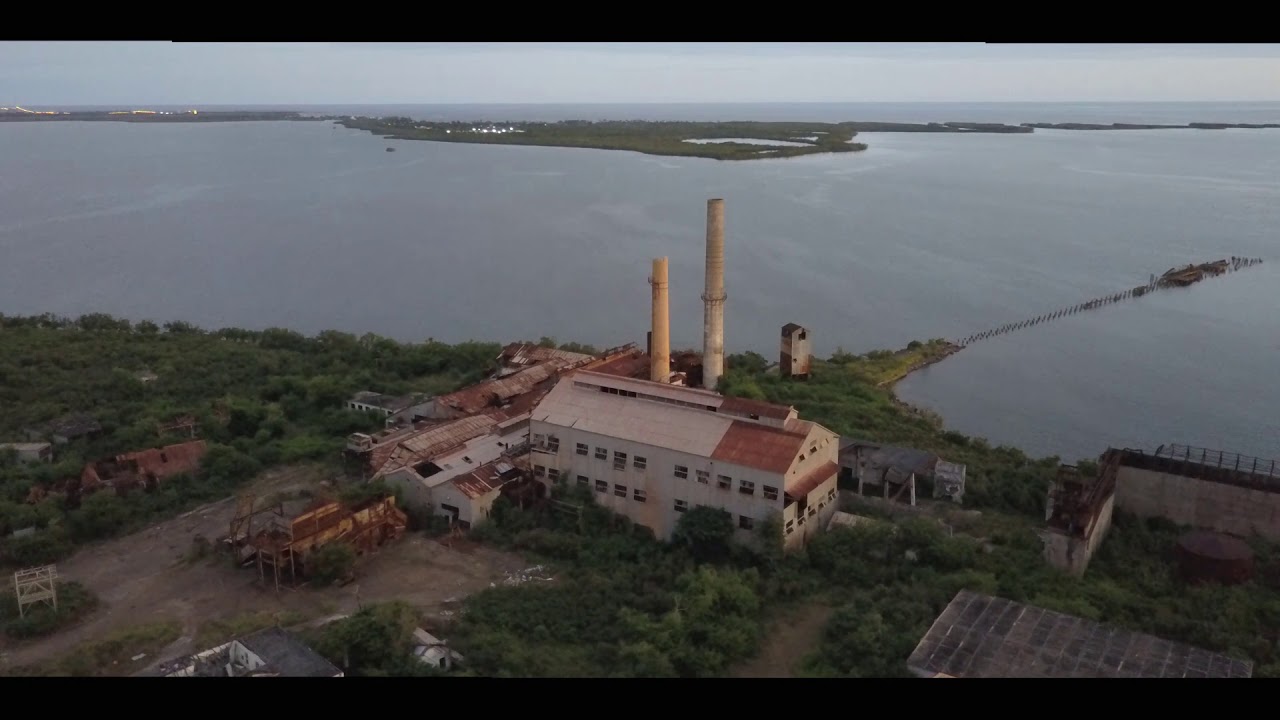 Raw sugar cane stored after harvest and ready to be processed. 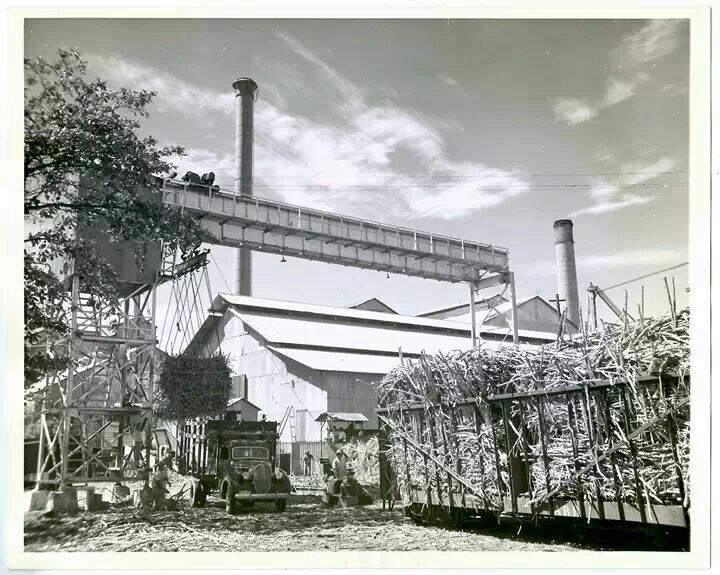 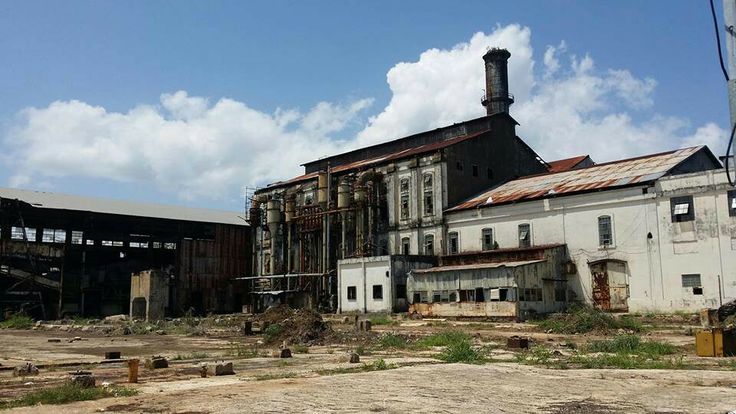 A disused area where workers processed the sugar-cane. 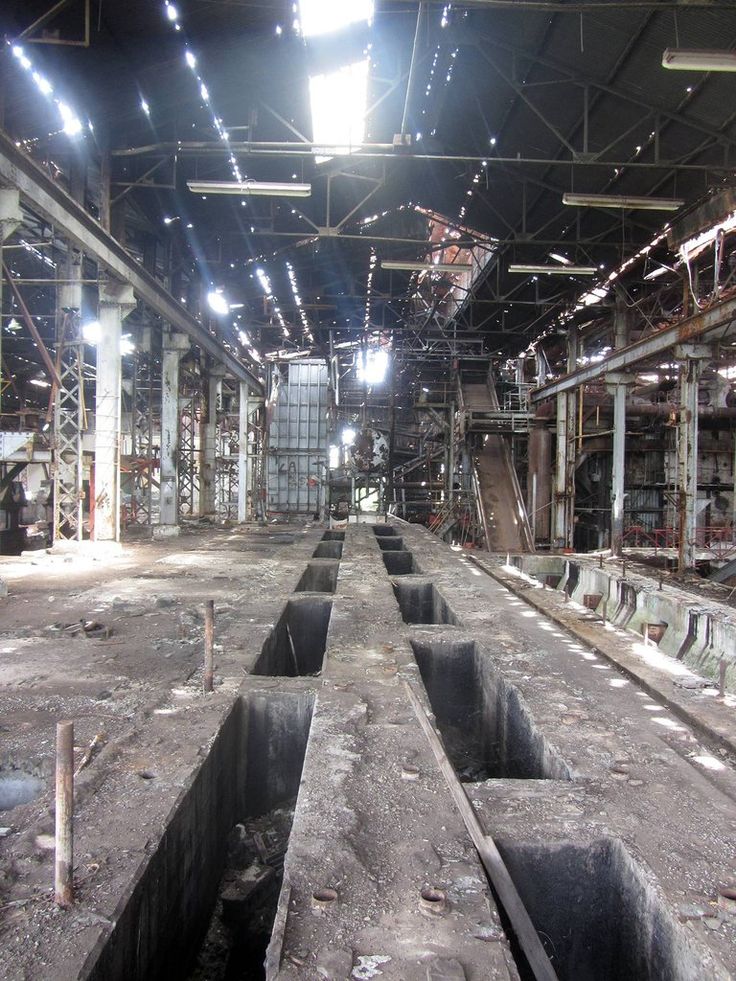 The Aguirre Sugar refinery was a large factory that eventually brought changes in the transformation of Puerto Rico's economy. The refinery began its operations after the period of the Spanish-American War. Construction began in 1899 and ended in 1901, thanks to a group of friends who decided to come to Puerto Rico after the end of the Spanish-American war. It all started with four entrepreneurs who acquired a sugar plantation called Hacienda Aguirre. It had more than 2,000 acres of land and had a partially mechanized mill. They decided to build a new mill, which would later become the focal point of a company town.

From its beginnings, the enterprise was established as a sustainable agricultural business and community; the sugar used in the factory was planted and harvested on the company's land. The sugar harvest was processed at the factory and the wharf to the south of the factory buildings served to ship the sugar for export and distribute it to different parts of the country. In addition to the independence of the refining process, the town that served the company was an independent entity. It had a pier, a post office, telephone and telegraph services, schools, churches, hospitals, shops, barbers and recreational facilities. In the documentation submitted to declare the region a historic zone, the town is described as a place that kept is streets ordered and clean and its houses painted; for many decades, it was a focal point among the sugar refineries of the island (Rodríguez, 2019, page 2).

The Aguirre sugar refinery played an important role in the economy of Puerto Rico during its production years. During its best times, it was the largest sugar producer on the island, and its administration was concerned about production methods being modern and efficient. This is one reason why this industry maintained a significant income even as other refineries began to decline. By the 1950’s, the company had continued to invest in technological advances, however, the sugar industry began to experience significant losses and the Aguirre sugar refinery saw reduction in profits. Losses occured on a large scale in Puerto Rico because cheaper supplies of sugar could be processed and shipped from abroad, and this decreased the demand and the price of products from the island. By the 1970’s, the factory's economic decline became irreversible and forced the owners to close their operations in 1990 after several years of contnued struggle.

At its peak, the refinery stood out socially thanks to the creation of a town for its workers. However, its workers sufferend though various hardships. The dependence of the refinery on investment and trade with the United States caused tension. One article published in the Latin American Research Review explains: “polarity between absentee capital and Puerto Rican labor has been stressed; and the policies of the colonial government in the immediate aftermath of 1898 have been studied as a function of this polarity” (Ayala and Bergad, 2002, page 68). In the first part of the twentieth century, a New Jersey company controlled the manufacturing and production of sugar in Puerto Rico, and the different objectives and interests of U.S. oversight led to frequent exploitation of workers at the distant sugar factories. Puerto Rican farmers worked in the sugar refinery as thier homes and families depended on it, yet the mistreatment and low economic status of sugar workers prompted migrations in addition to political and economic problems on the island.

Overseas investment and interest in Puerto Rico’s sugar production contributed to the expansion of sugar refining and worker-towns in Puerto Rico. Without any doubt, the Aguirre Sugar Refinery and the town that grew around it reflect an important industry that shaped the island's economy and its early relationship with the United States.