The Buena Vista Estate, located on the southern coast of Puerto Rico, is a 19th-century estate where products such as corn, coffee, and sugar were processed. The Estate belonged to Salvador Vives, a Spaniard who emigrated from Venezuela to the island after the War of Independence broke out in South America. The Buena Vista Estate was one of the main economic and production centers of Puerto Rico in the 19th century, exporting its products to European countries. Due to its sophisticated machinery, the Estate was one of the most successful in the entire Caribbean region. In 1984, the Conservation Trust acquired the Estate and since then, has been dedicated to its reconstruction, conservation and care. Currently, they offer educational tours in Spanish and English in which visitors can learn about the history of the Estate, its different parts, sections, and the importance of each. 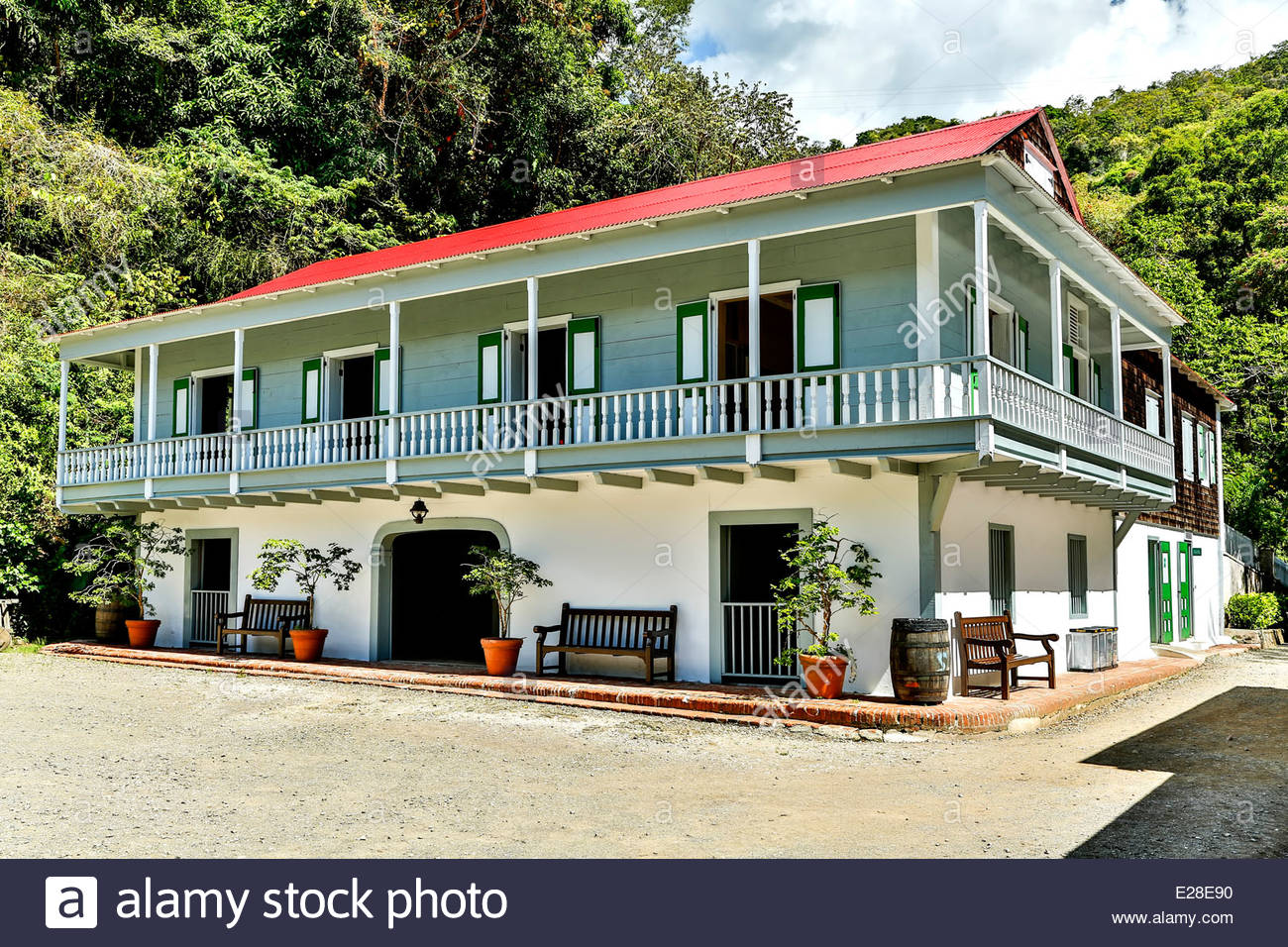 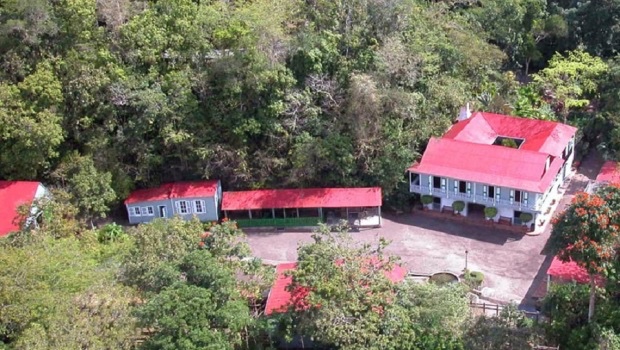 Canas River (The river that passes near the Buena Vista Estate.) 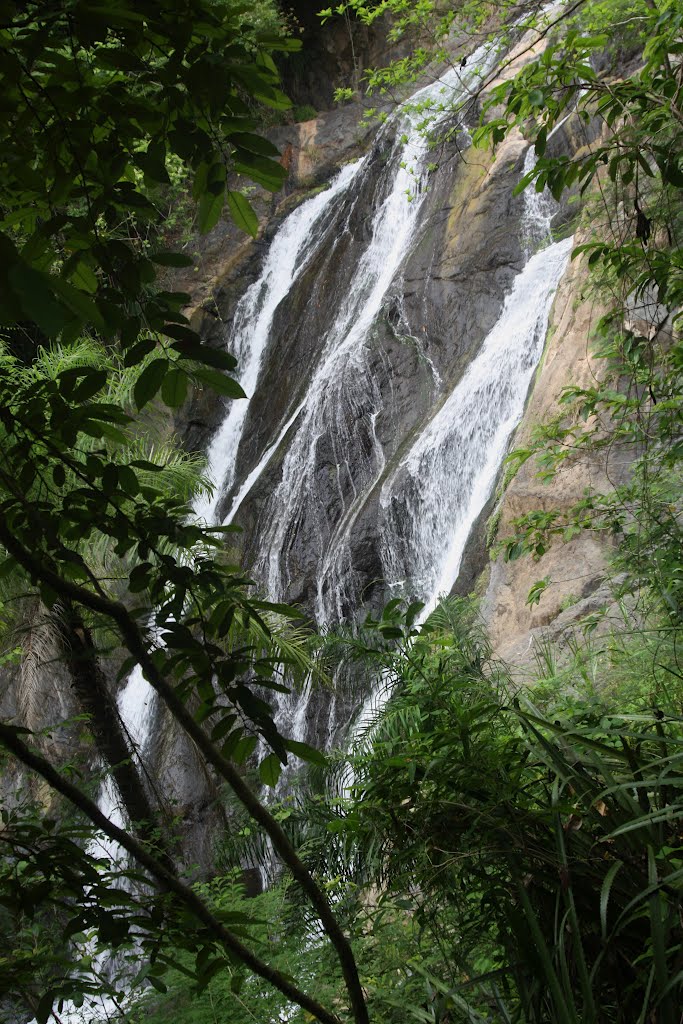 The Buena Vista Estate is one of the most important historical locations in Puerto Rico. The Estate was one of the main producers of cornmeal, coffee and sugar in the 19th century in the Caribbean region. It is located on the southern coast of the island, specifically in the municipality of Ponce, and its success was linked to its location because the products farmed in the Estate left the port of Ponce very quickly. The Buena Vista Estate traded its products with European countries such as France, the Netherlands and Italy and with U.S. states such as New York. The importance of the Estate lay not only with its economic activity, but also with its historical and cultural relevance. The preservation of the Estate's conserved sections, its monuments and structures make it an ideal distination to learn about the history of the Puerto Rican people and the island's economy.

The founding of the Buena Vista Estate occurred as a result of migratory waves from the 19th century that positively affected Puerto Rico. At that time, the wars of independence began in South America's Spanish colonies. One of them was the Venezuelan war of independence. When the war started, many Spaniards and Venezuelans of Spanish origin migrated to Puerto Rico and settled on the island. Among these was Carlos Vives, who arrived on the island between the decades of 1810 to 1830 and settled in the southern area of Puerto Rico. This young Venezuelan of Spanish descent founded the Buena Vista Estate in 1833. The Estate was initially a small-scale ranch, but over the years, Vives bought different tools and machinary that made the production capacity of the Estate grow rapidly. For example, in 1837, he bought a corn mill and a coffee purifier. In 1847, Vives ordered the construction of a canal system to use the water from the Canas river, that passed near the Estate. Vives intended that once the water was used, it should be returned. Also, a large hydraulic system was introduced that included a turbine of a unique design in the world at that time. All these updates made the Estate more successful in the production of cornmeal and coffee, to the point of becoming one of the 50 most successful plantations in Ponce, according to Suzanne Van Atten (see 'Visit the Restored Hacienda Buena Vista'). It is important to recognize that during this time of modernization on the Estate, a barracks was built for slaves who had not yet been emancipated in Puerto Rico. As the result of all the changes introduced, the farm's products began to sell more quickly and its producers began to have commercial prestige.

Due to its mechanization processes and modern equipment, the Buena Vista Estate was evolving into the center of economic relevance that it is known as today, two centuries after its foundation. Once all the structural and mechanical changes were introduced, the Estate acquired national and international fame. Its products were being distributed in Puerto Rico and outside of Puerto Rico in countries such as: France, Italy, the Netherlands, and New York. Because of the organization of labor involved in working with the produce, Vives appointed a foreman whose work released Vives from many of the daily responsibilities on the Estate. The wealth and fame that the owner had gained granted him political influence. So much so, that he was appointed mayor of the town of Ponce for several consecutive terms. This caused him to distance himself even further from the Estate, and thus it became his country house. At that time, Vives visited the Estate every weekend to oversee production and farming activities. While Vives was exercising his political functions, the foreman, Joaquín Mayoral, assumed charge of the Estate and reported to Vives by letter. According to Baralt (1987), many of these letters detailed the operation of the Estate, its machines, slaves and overall progress, but they also detailed contemporary issues such as the impact of diseases such as cholera in Ponce, and advances in technology that the men thought might be applied on the farm. Over the years, the Estate continued production and continued to export its products until Vives died. The Estate then passed into the hands of his descendants, but its importance and production declined and it eventually fell into disrepair.

The Buena Vista Estate was once a very important economic center, but with the decline in production and consumption of the products that were exported from its farmland, its importance and value declined. The Estate continued to belong to the Vives' family, but they did not invest in its upkeep. In addition, some atmospheric events occurred in Puerto Rico that significantly damaged the property, such as the 1928 Hurricane San Felipe. However, in 1984 the Conservation Trust acquired the rights to the Estate. The organization undertook a historical investigation into the Estate, made possible by documents that were donated to the Trust by the Vives family. Then, they began to rebuild the machinery and restore the structures that had been affected by weather damage, taking great care to ensure that the Estate was rebuilt in accordance with its historical documents. Consequently, the Estate was restored as closely as possible to its 19th-century conditions. Since 1984, the Conservation Trust has been dedicated to restructuring, preserving, and caring for the Estate. According to Sánchez Martínez (2013), no other Puerto Rican estate involved in the manufacture of cocoa, corn, tobacco, and coffee has been better preserved. Although the Estate no longer produces any of these commodities, it continues to serve as an educational resource insofar as it allows visitors to learn about not only the history of the Estate, but also that of the people of Ponce and Puerto Rico. The Conservation Trust offers trips throughout the Estate, in Spanish and English, dedicated to educating its visitors on the peculiarities of the Estate and the function of each structure. Also, they address the implications that historical legislation in Puerto Rico had on the Estate, such as the use of slaves and workers' conditions. The trips also stress the importance of biodiversity on the Estate in terms of the river that passes nearby and indigenous flora and fauna.

Undoubtedly, the Buena Vista Estate is one of the most important historical locations in Puerto Rico and the Caribbean. The restored Estate stands as a testament to all of the workers and administrators that made it a major producer of cornmeal, coffee and sugar in the 19th century. In more recent years, The Conservation Trust has made enormous efforts to maintain this cultural and historical space and to offer educational tours for the estimated forty thousand people who visit it each year to learn about the economic and social history of the island.