The Jacob A. Kimmell House sits on lot 1388, which was deeded to Jacob in 1887. Throughout its life, the house has been extensively remodeled while keeping the integrity of the Victorian style in tact. The home is a beautiful Queen Anne, and has been featured in both "1889 Findlay Illustrated" and the 1888 Map of Findlay. It features an imposing three-story tower with a conical roof, often called a "witch's hat". Prior to 1906, a grand two-story porch was added, giving the home a dominant front-facing pediment. It has been said that Dr. Kimmell "envisioned himself greeting the populace from the second floor porch" while he considered running for political office. While the house is private, owners have opened their doors for multiple events celebrating the history of architecture in Findlay (Paul & Bauman, 184-185). 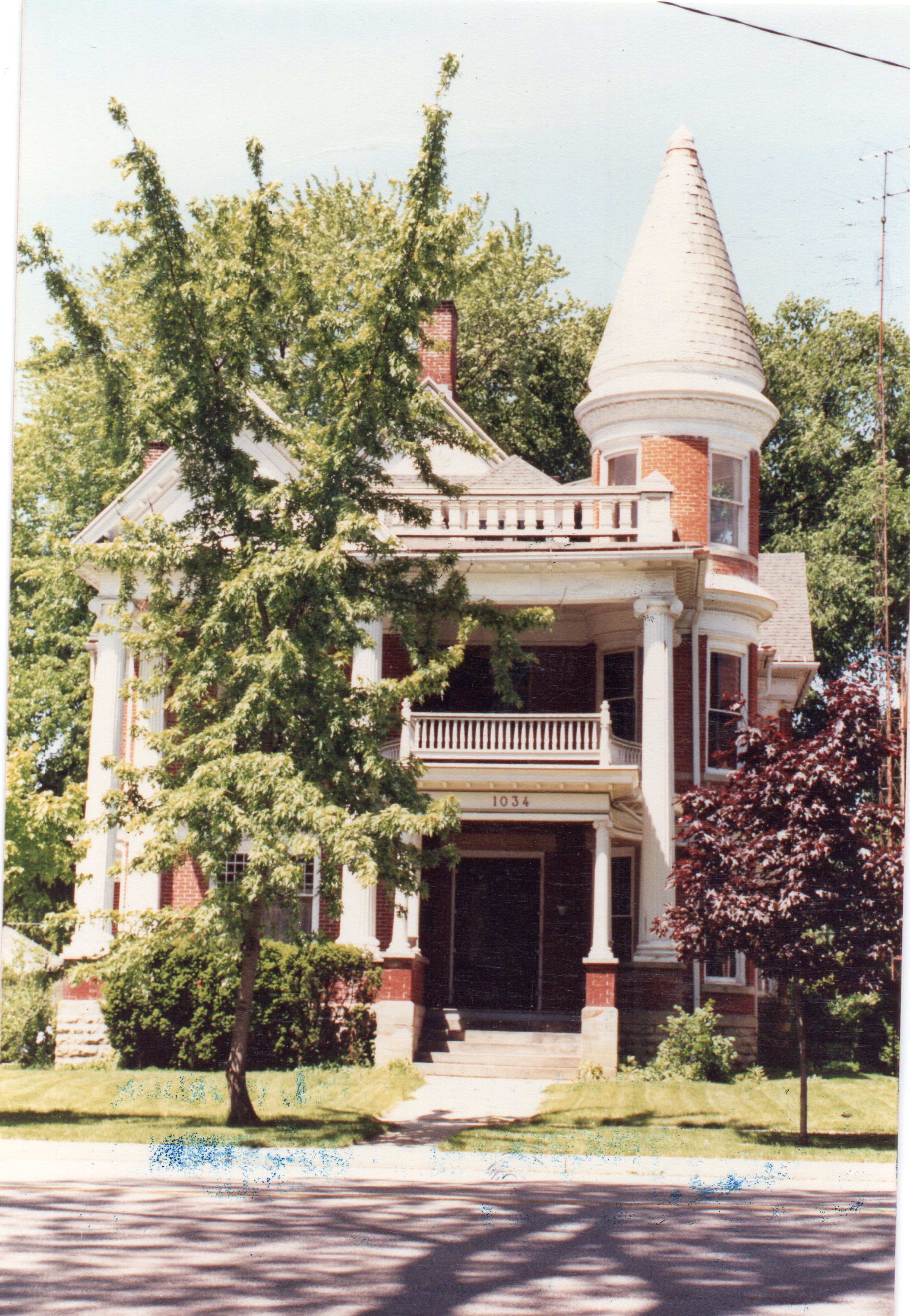 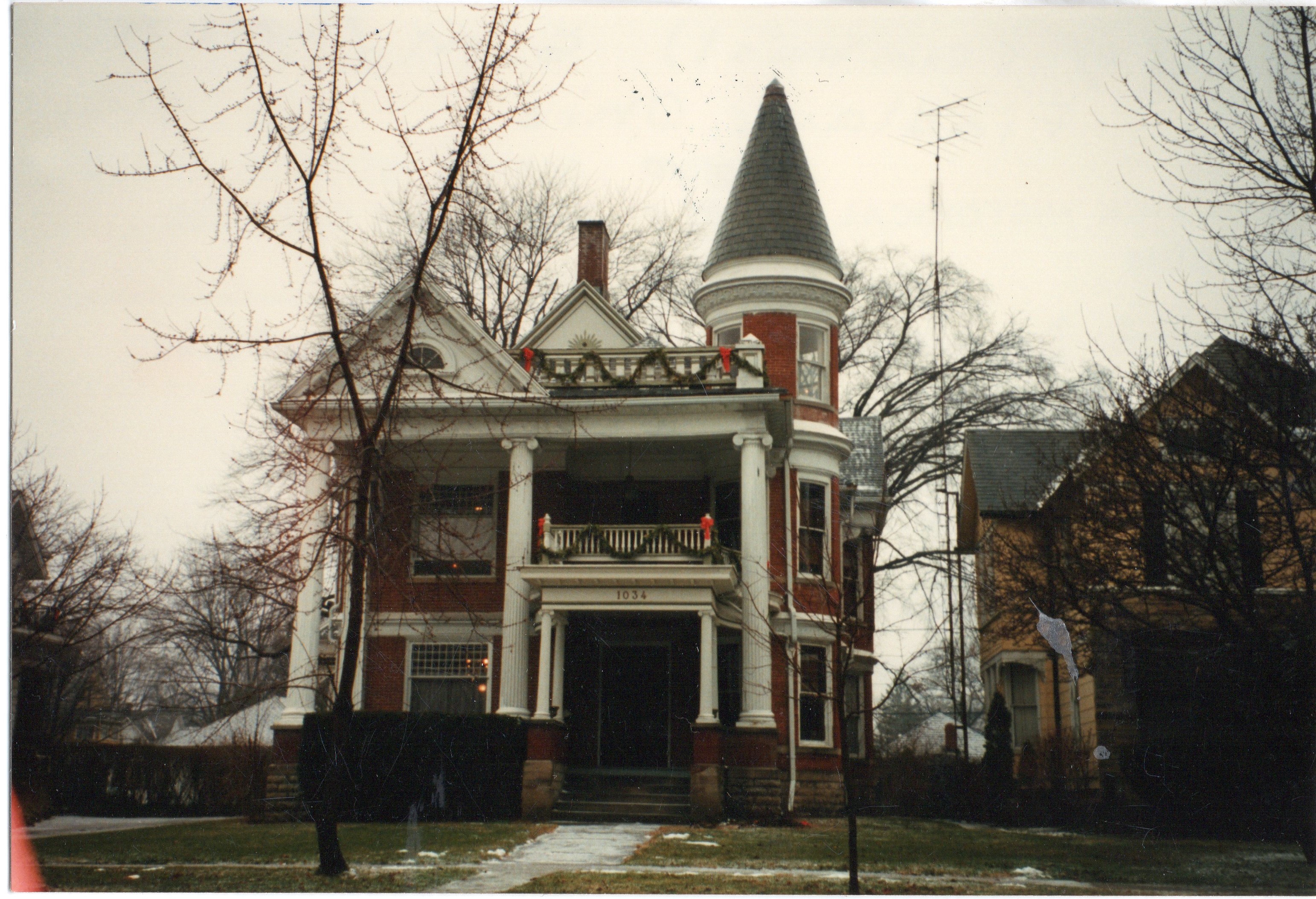 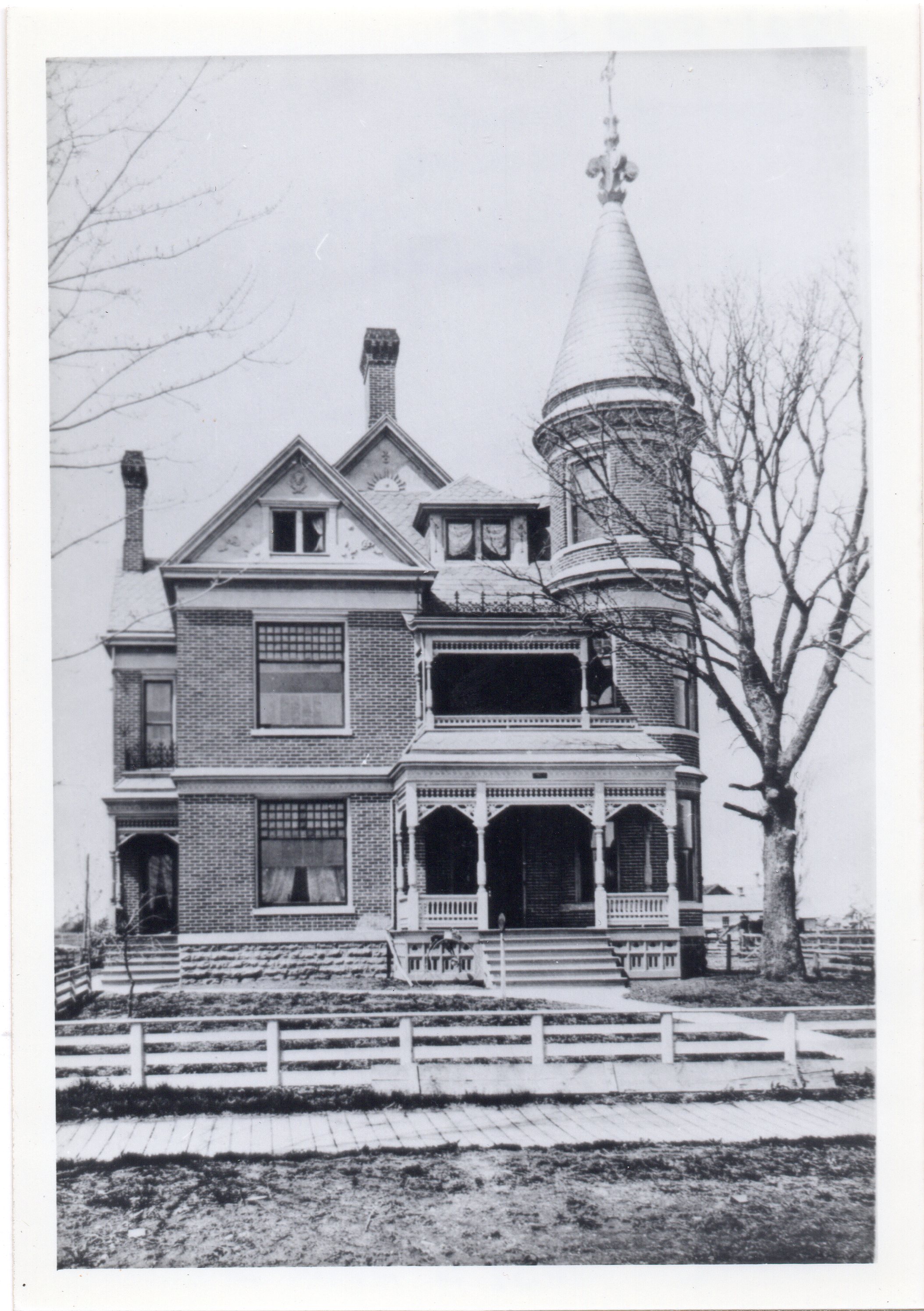 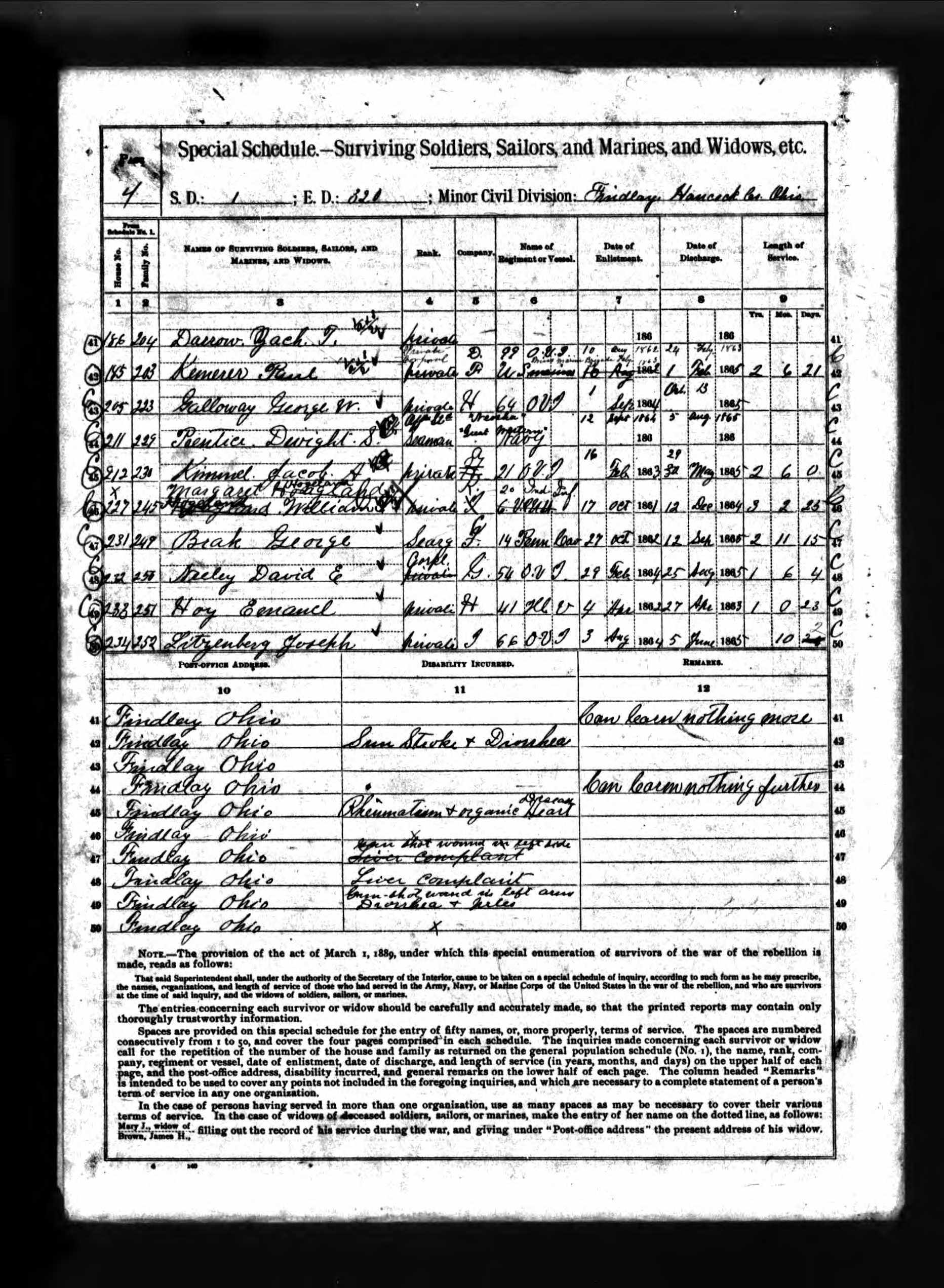 Dr. Jacob Anthony Kimmell was born on September 17, 1884 in Carrol County, Ohio. When he was seven years old, he and his parents moved to Findlay. He married his first wife Eliza Bonham in 1869, who passed away in 1873. Dr. Kimmell married his second wife, Rose Evelyn Graber, in 1875 (Paul & Bauman, 184-185). Dr. Kimmell served in the Civil War for two years after enrolling on February 16, 1863. According to the 1890 Veterans Schedule, he developed rheumatism and "organic heart disease" (2). Once he returned home, he started studying medicine. He was also elected to the Ohio legislature in 1895. Interestingly, Dr. Kimmell understood the importance of documenting history and wrote the book History of Findlay in 1910. Rose was also a prominent figure in Findlay, as she taught German and was assistant superintendent of Findlay schools. Rose and Dr. Kimmell did have one son named Alfred G. Kimmell. Rose passed away in 1900. Dr. Kimmell then married Effie Gibson, and he passed away on February 2, 1922 (Paul & Bauman, 184-185).

Dr. Kimmell sold the property to Horace A. Blackford in 1906. The house sold for $8,000 and Blackford's cottage at 228 Lima Avenue. Blackford was a successful book binder and printer. He married Laura Miller and they had two children together, Emerson Miller and Marea (Fowler). In 1939, Emerson, along with his wife Isabelle "Billie" and son Jason, moved back in with his parents at this property. At this point in time, the house was heated by a coal furnace in the winter and used natural gas in the winter. They even heated the garage for their electric car. Laura passed away in 1941, and Horace passed away in 1953 (Paul & Bauman, 184-185).

The Blackford estate sold the house to William and Bernadine Hubbard in 1955. They then sold the house to John and Sonya Ellingboe in 1965. John Combest owned the house next, purchasing it in 1966. Scott and Marty Rothey bought the house from Combest in 1986, and they extensively remodeled the home. They installed modern appliances in the kitchen while still keeping the Victorian charm. They also enclosed the back porch, and the maid's room was converted to a master bathroom. The Rotheys were also active in the historic community, hosting the Victorian Dinner in 1995 and the Findlay Historic Homes Tour in 1998 (Paul & Bauman, 184-185).

The James A. Kimmell House is in the Queen Anne architectural style that was popular from 1880-1910. With this style, the roof is steeply pitched and shaped irregularly. There is usually a dominant gable that is front facing. There may be pattered shingles or cutaway bay windows. This is all in an effort to avoid a smooth appearance. The facade is asymmetrical, which the Kimmell house is a great example of. One major identifying element is a tower, which the Kimmell house has. Spindle work is also very common, which was present on the original porch (McAlester, 345-350).

Paul, Rosalinda and Bauman, Pat. Families and Facades: The Architecture of Findlay's Historic South Main Street and the Families Who Lived There. Findlay: Allegra Print & Imaging, 2006.