This country house is known as “El Cortijo” to locals. The locals also consider this grand country house as "El Castillo de Barranquitas" (Rivera, 2014). This house is located in Barranquitas, Puerto Rico; It was built between 1938 and 1939 by the Puerto Rican architect Rafael Carmoega Morales. It belonged to the Lozana Fabián couple at first, and after changing owners several times, it was acquired by the Flores Rivera family in 2010. The Flores Rivera couple registered “El Cortijo” in the National Register of Historic Places in 2018. This residence is currently a private property but the public can visit this historic place once a month. On the third Sunday of each month, the current owners carry out a Catholic service and anyone who wishes to participate can enter the residence. If there are new members in the religious activities, the hosts typically take them on a tour of the interior of the country house to see the works of art and learn about the history of the residence.

The historic country house and its current owners. 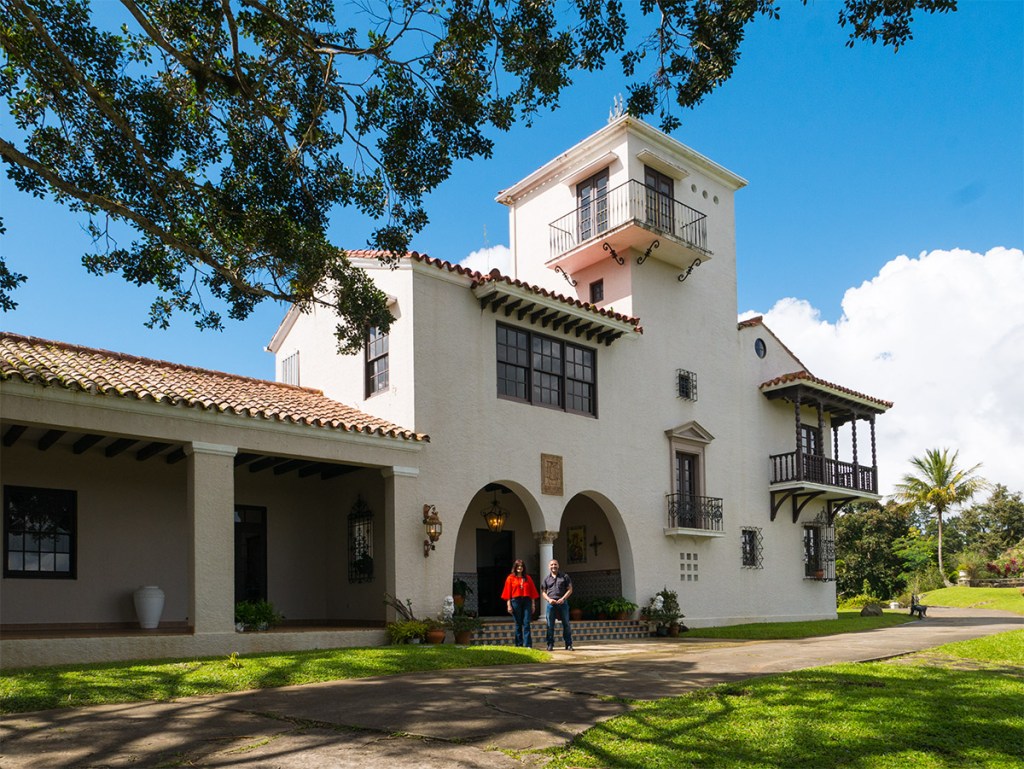 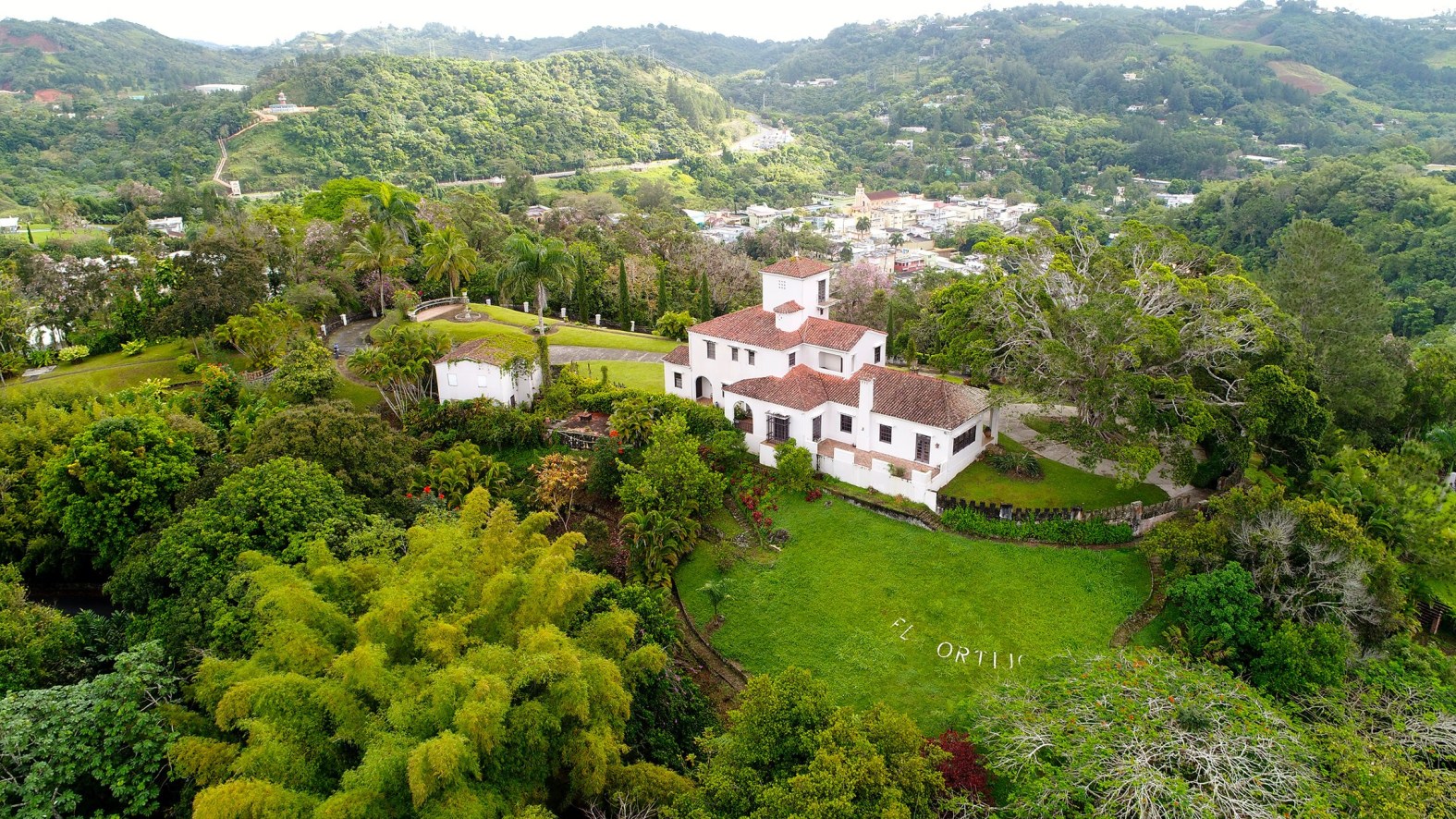 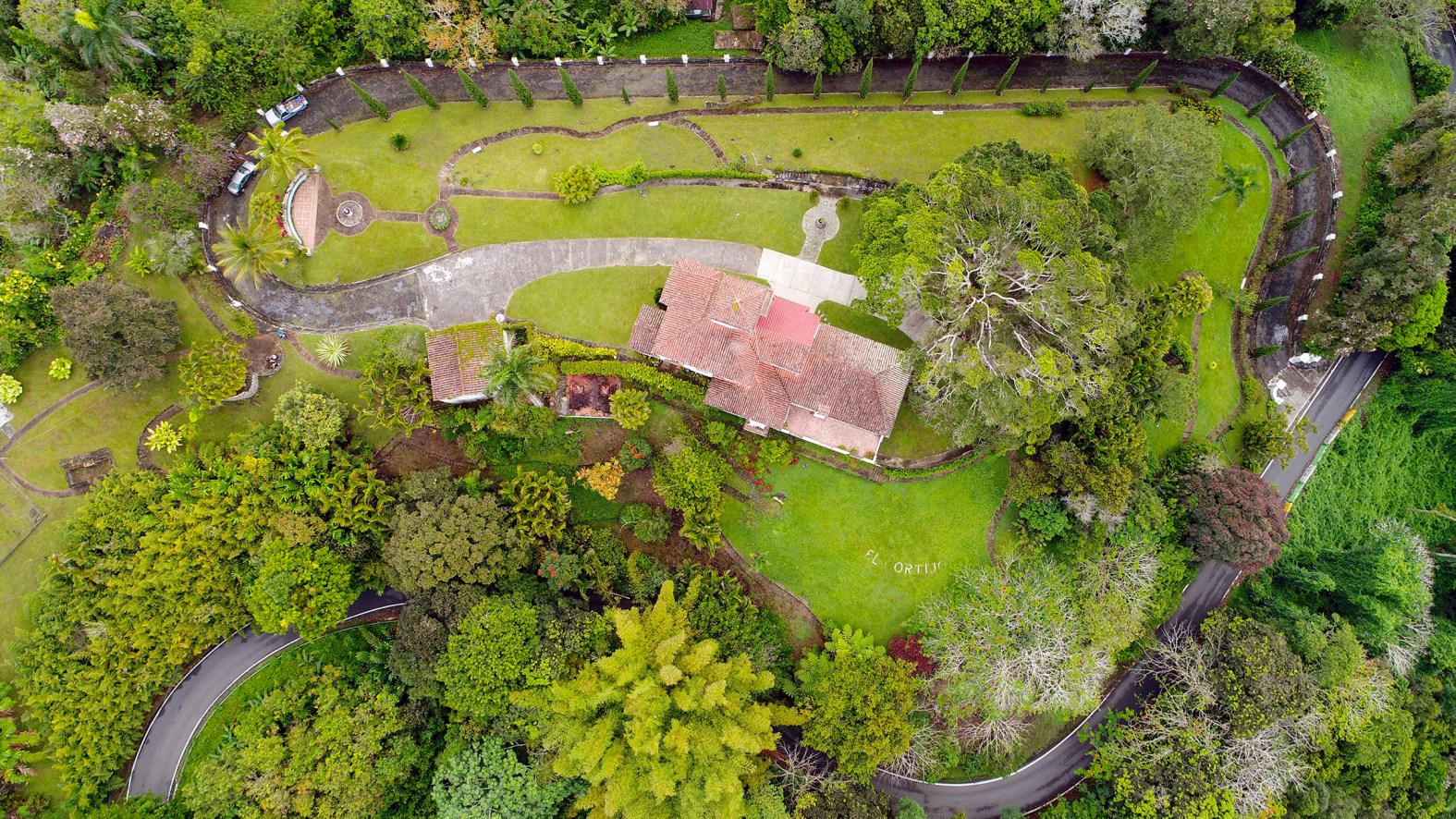 This historic country house with beautiful architecture is located in Barranquitas and known to townsfolk as “El Cortijo”. The house is located in one of the central towns of Puerto Rico, were its landscape and gardens add a unique feature to the country house. This grand country house has served as a home to several families. The first owners of this house were Secundino Lozana and Josefina Fabián, a couple who stayed in this house for six years. This couple feature in the ghostly legend that locals tell about the spirit of a man who walks around the house. Additionally, the country house has unique architecture; Although the architect who built it was Puerto Rican, the construction was similar to Spanish architecture because the owners asked for it to be that way.

The country house has had nine different owners. The first owners appear in a ghostly legend that has been told for generations. It all started when the Lozana Fabián family moved from Spain to Puerto Rico and with them, they brought their butler, Armando (Rivera, 2008). Secundino Lozana was a businessman and his wife, Josefina Fabián, was the daughter of a well-known businessman named Rafael Fabián. Armando had previously worked for Secundino Lozana's father, so he had been working with the family for many years. Legend has it that Armando, who was an elderly man, was fired by Secundino Lozana. Armando was left homeless and without work, and this infuriated him. Therefore, he swore that he would return and take revenge on the entire family. According to legend, the house is guarded by Armando's ghost, and he drives away anyone who tries to enter it. Some people have seen the butler and describe him as a very tall and skinny, but also strong old man with silver hair. In fact, this ghostly activity is said to be one of the reasons why the house has had many owners. The current owners are the Flores Rivera family, who made "El Cortijo" a national historical site and have remained in the house since 2010 to the present (Cosme, 2017).

The architecture of "El Cortijo" highlights its Spanish colonial structure and gardens. The Lozana Fabián couple ordered that the country house be built in 1938. According to the United States Department of the Interior (2018), the person responsible for the architecture of the house was Rafael Carmoega Morales, a well-known Puerto Rican architect who participated in the construction of Puerto Rico’s Capitol building complex and the tower of the University of Puerto Rico in Río Piedras. "El Cortijo" was built with reinforced concrete material and terracotta tiles. The paths and stairs outside the house are made from brick, and the garden walls are covered with flagstones. This country house has three main structures: the two-story family residence with a tower that increases its elevation by two additional floors; a garage with space for two cars and service rooms in its basement; and a one-story cabin intended for a gardener. In the gardens, there are some paths that cross from one side to the other and connect the recreation spaces throughout the exterior. All the architectural details, designed by the architect Carmoega, create a Spanish colonial style throughout the buildings and its gardens.

One of the supposed reasons why the Lozana Fabian couple decided to build in Barranquitas is because of the tranquility of its natural environment. The country house is located on the PR-162 state highway, Km. 18.5 in Barranquitas, Puerto Rico. This municipality is located in the center of the island and its vegetation plays an important role in making the country house a unique rural destination. The historic country house has extensive lands, and many trees have been planted in its cultivated gardens. The vegetation surrounding "El Cortijo" give the house a natural atmosphere, and the location of the house in the mountains permits its current residents to benefit from the cool breeze at night in addition to the colonial luxury with which the exterior was designed.

In summary, "El Cortijo" is important for the history of Barranquitas. Although Barranquitas is a municipality that people do not usually visit, this country house is a destination for people interested in the colonial and architectural history of Puerto Rico. The location of this grand country house highlights its natural environment, and, with an appointment to enter the house, visitors may see and learn about its unique architectual history and its ghostly legend. Although many have expressed an interest in purchasing the property, few have lived in it for an extensive period. Currently, those who reside in the spacious structure, built by Carmoega Morales, are the Flores Rivera couple and their two children. This Spanish colonial Renaissance-style building and its extensive gardens seem to be a historical wonder that fills the locals with pride (Rivera, 2014).