This granite memorial marks the grave of Mike Foster who served as a sharpshooter for the Confederate Army during the Civil War. Foster served in the Co. D. 27th Va. Infantry. Foster was gravely wounded in 1865 and died of his injuries in 1875. The granite shaft was erected in 1907 by Foster's surviving family and friends. 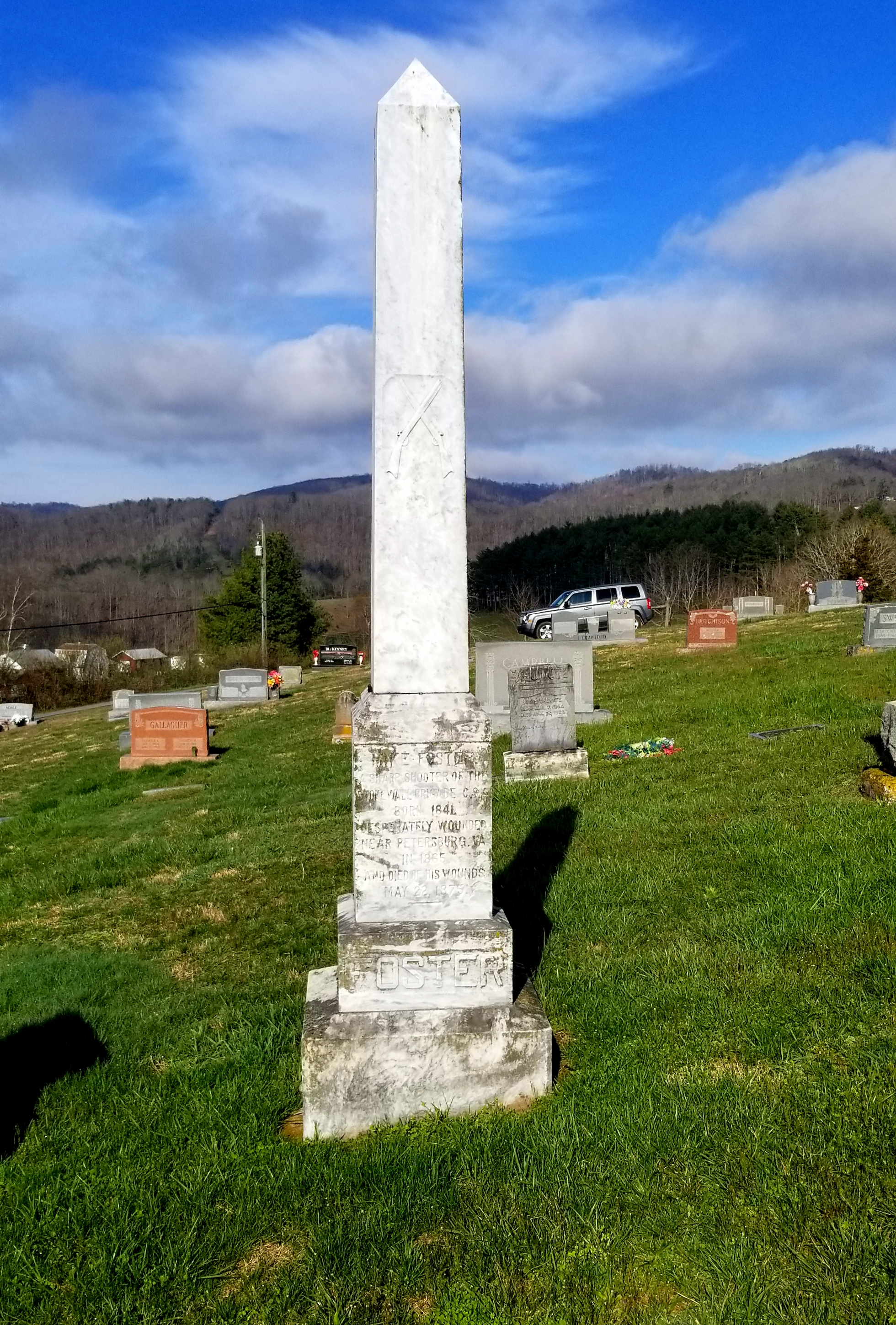 Close up on the front of the memorial. It explains Foster's death states and who he died. 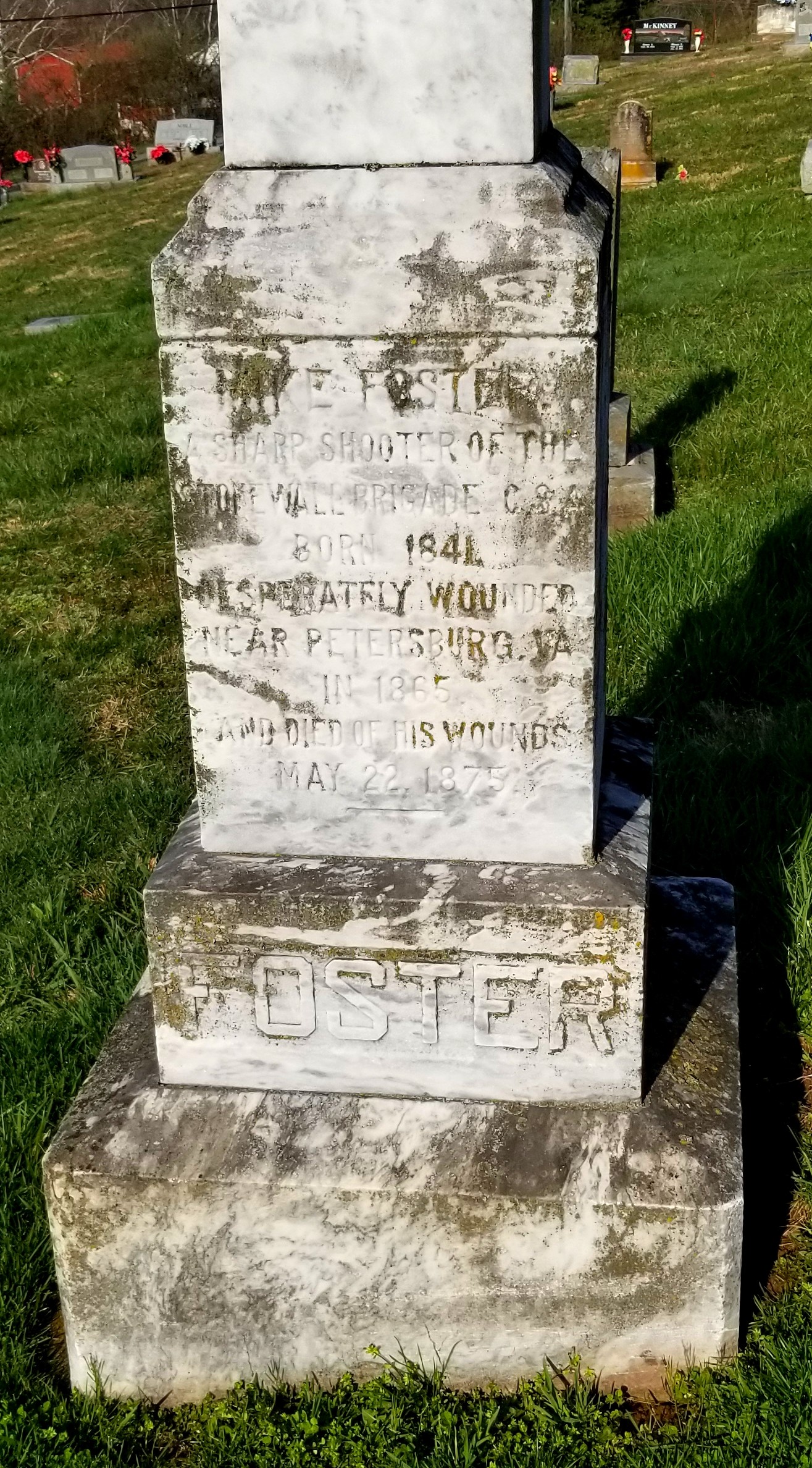 close up on the right side of the memorial. It reads "He trod the path of duty, which is the path to glory."

close up on the left side of the memorial. It informs readers that Foster served in the Monroe Guard 27th V.A. division.

The historical marker at the edge of the cemetery. Provides a brief history of Foster, his enlistment date of May 9, 1861 and served in the Stonewall Brigade. 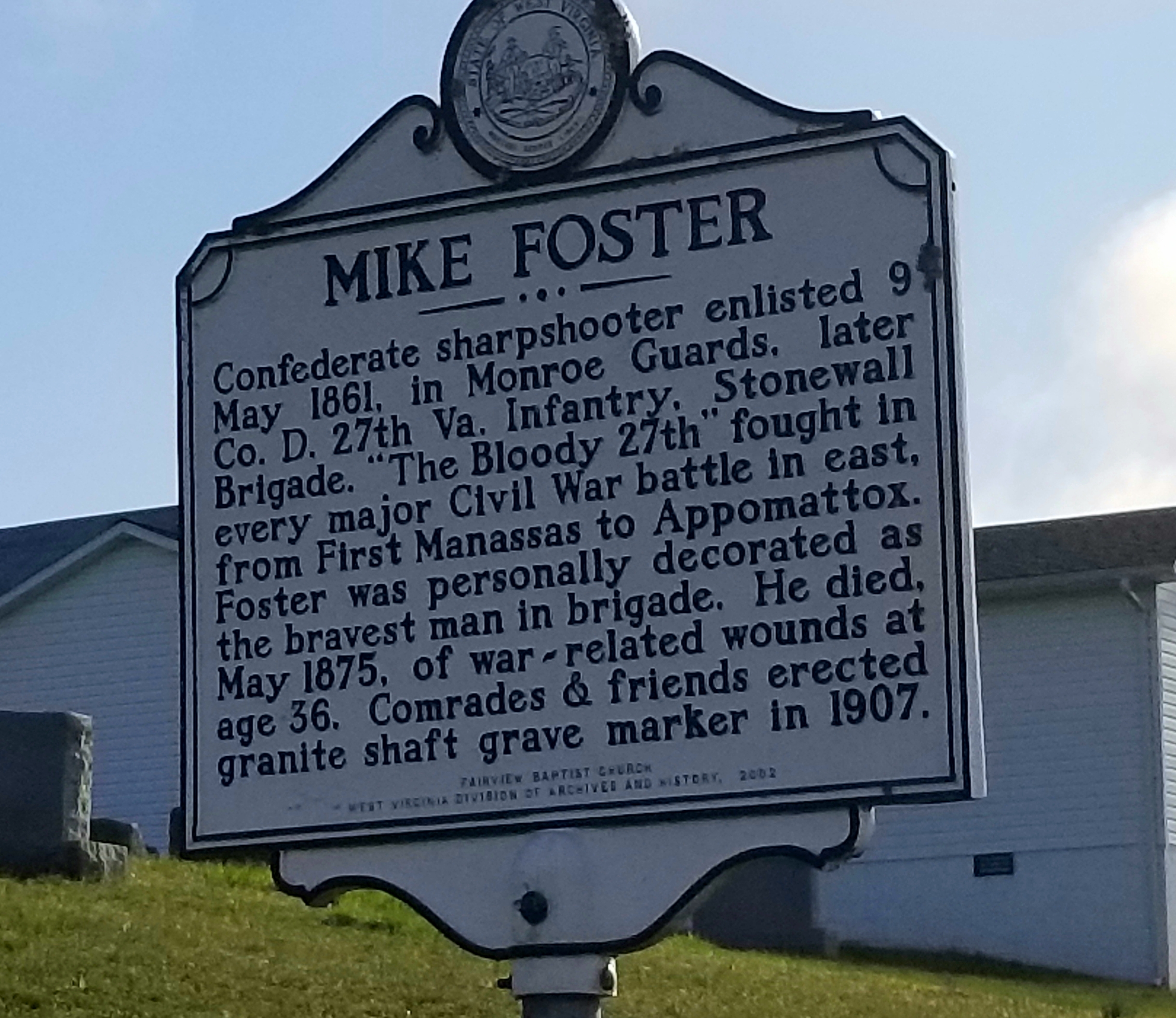 The other side of the historical marker 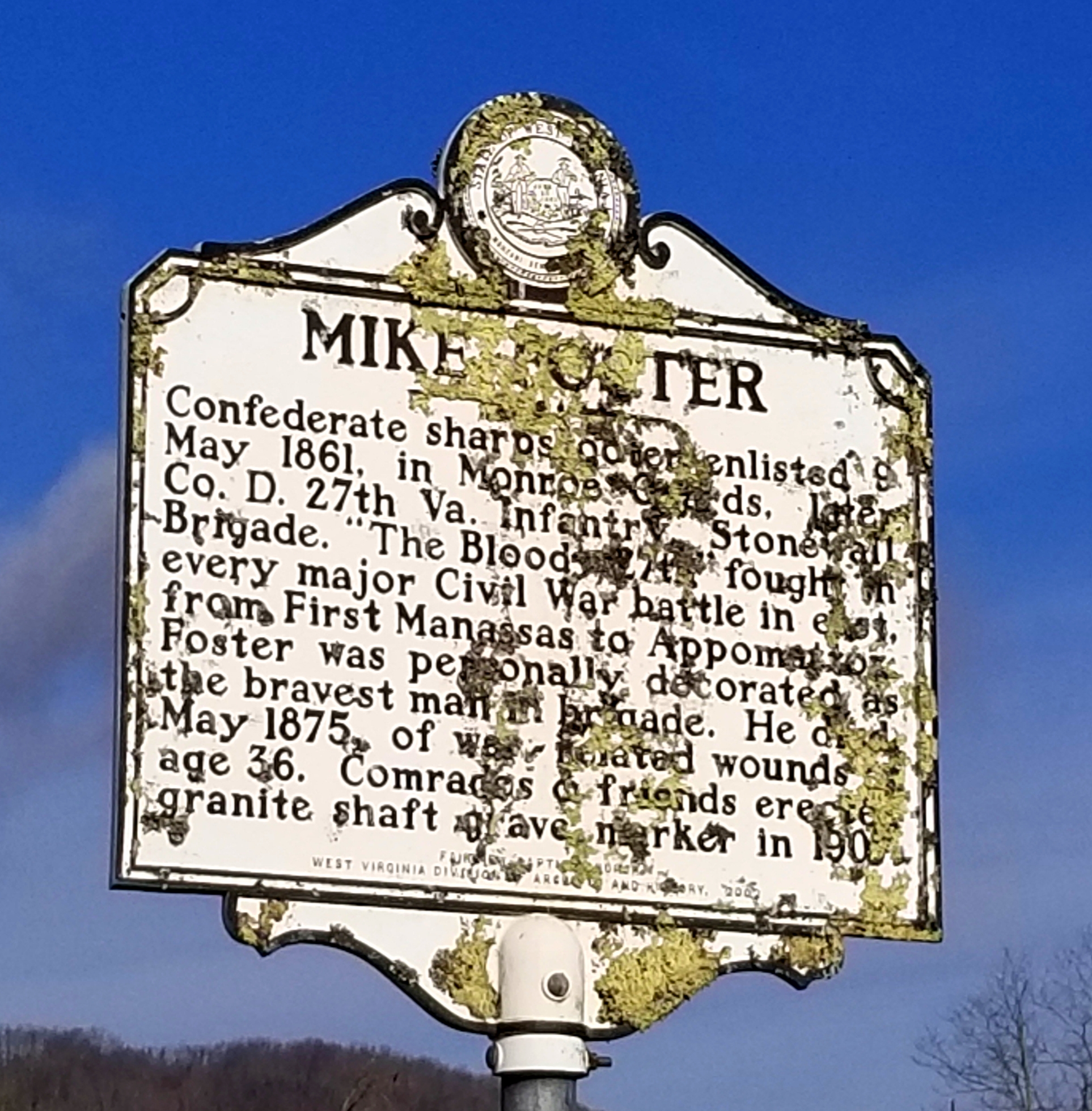 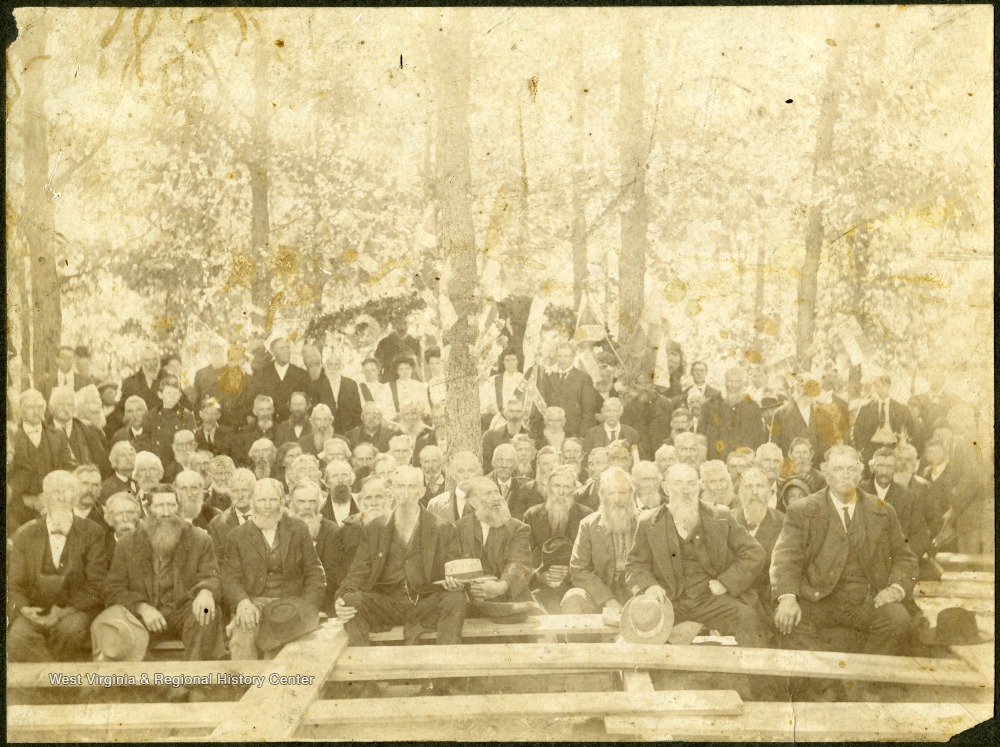 Born in 1841, Mike Foster served in the Co. D. 27th Va. Infantry, otherwise known as the Stonewall brigade as a sharpshooter. During his time with the “Bloody 27th”, Foster fought in every major eastern Civil War battle between First Manassas and Appomattox. Known for his bravery, Stonewall Jackson even commented that Foster was one of the bravest men he ever knew. Foster suffered serious wounds at Petersburg V.A. in 1865. He eventually succumbed to his injuries on May 22, 1875.

The words on the memorial are weathered from the decades but they read:

A sharpshooter of the Stonewall Brigade C.S.A.

And died of his wounds

Volunteered in the Monroe Guards 27th Va. Infantry 1861 and in the company of heroes was distinguished for gallantry on every battlefield.

The ceremony to commemorate the memorial attracted around 3,000 people, nearly unimaginable for the tiny community. This gather is still one of the largest gatherings in Summers County History. The Ceremony also served as a reunion for Confederate Veterans, several of whom served with Foster. Today a historical marker sits by the roadside to share the tale of Foster’s brave spirit.