This is a contributing entry for Museums at Lisle Station Park and only appears as part of that tour.Learn More.

Section completed 1851, fell out of operation late 1850s Original location: Chicago through Lisle to Naperville, roughly along current Ogden Ave. Primary use: tollway road. As Chicago grew into a regional hub for newcomers in the 19th century, the areas outside the city became increasingly important for providing goods, services, and homes. Lisle was becoming an important producer of dairy and other agricultural products, but the trip to and from Chicago was long and exhausting before the railroads. Plank roads were built to facilitate travel to and from the city. These wooden boards were much easier to travel on than dirt roads and muddy riverbanks. By 1851, the Southwest Plank Road extended from Chicago through Lisle and to Naperville on much of present-day Ogden Avenue and Plank Road. People using this avenue could reach the city from here in about one day’s time. Businesses were established near tollgates to allow travelers easy access to food, drink, and rest during their trips. After several years the road proved to be a failure. The boards became slippery when wet, warped, impassable in the winter months, and thieves often stole pieces of the road. The Southwest Plank Road quickly fell into disrepair and lost revenue like Beaubien’s Tavern. Some businesses even moved to other locations in their towns. The newly established continental railroads could transport goods much quicker and without the exhausting trips back and forth to more urban areas. This is a reproduction of what the Plank Roads looked like. The Museums at Lisle Station Park have some of the only original pieces of the Plank Road that still exist. 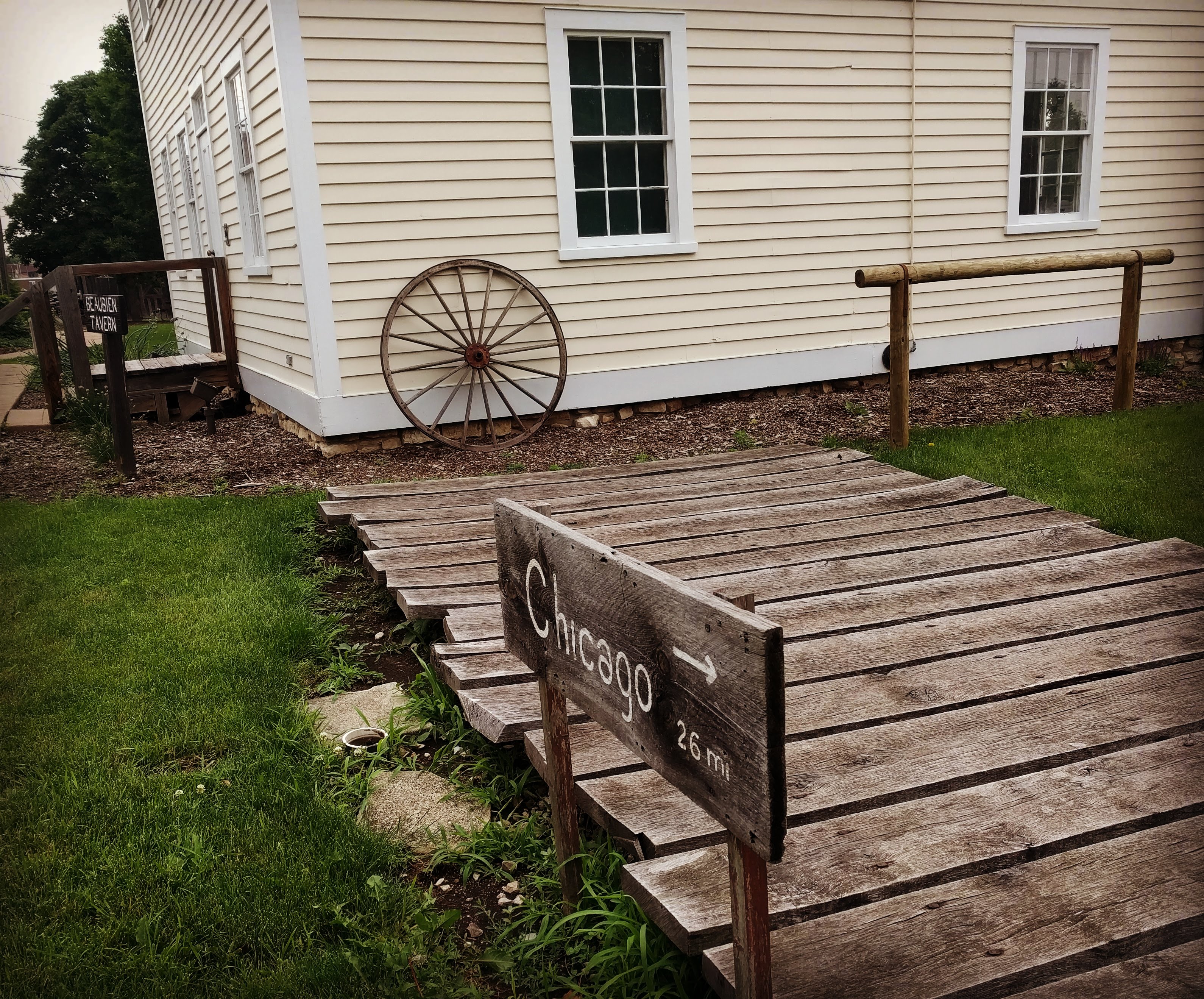 An original piece of the Southwest Plank Road from Chicago to Naperville. This piece was found about one mile east of Lisle. 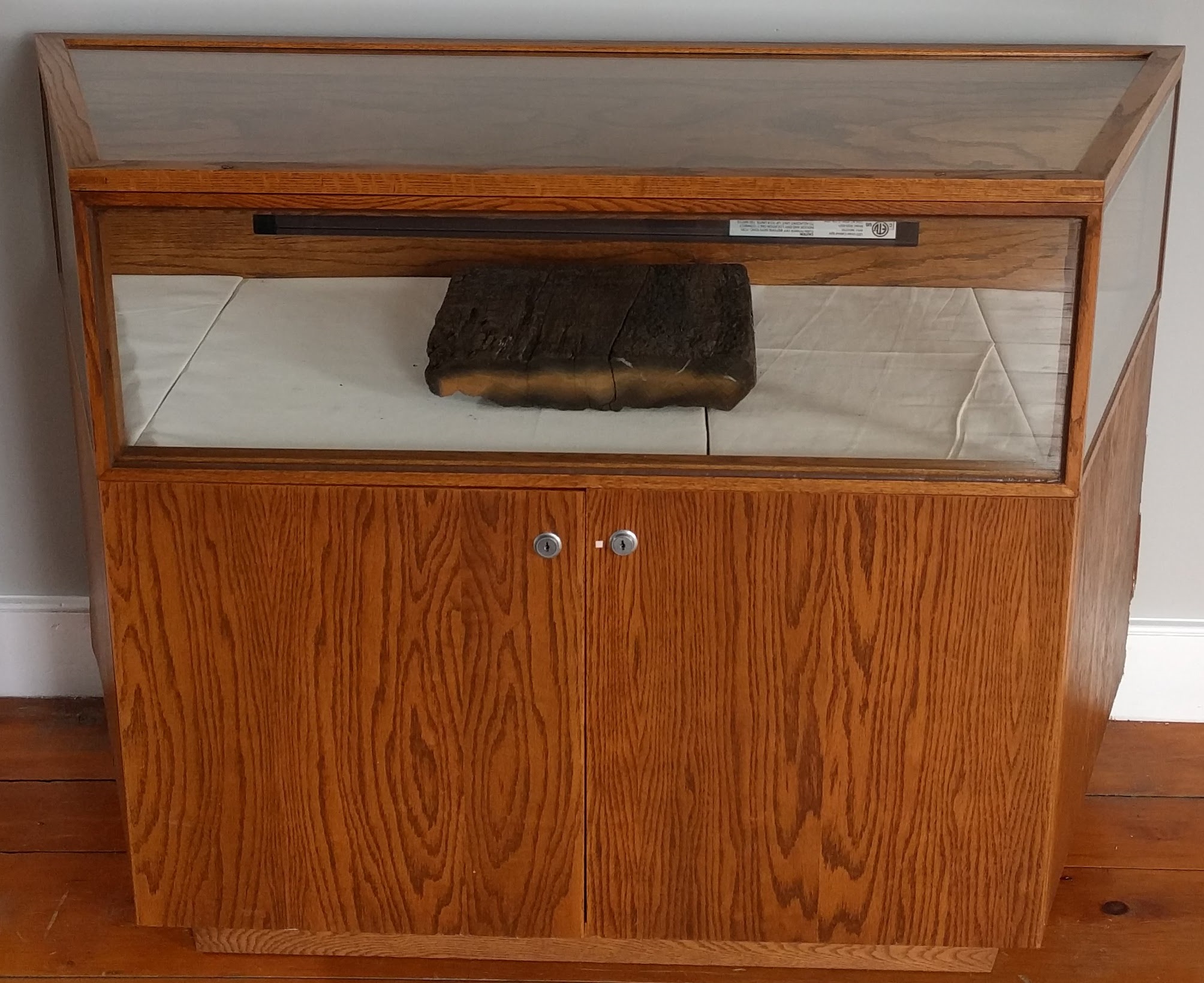 White oak wood has very small pores, reducing the risk of water soaking through each plank. Zoom in to see the sides of each plank in the rain. 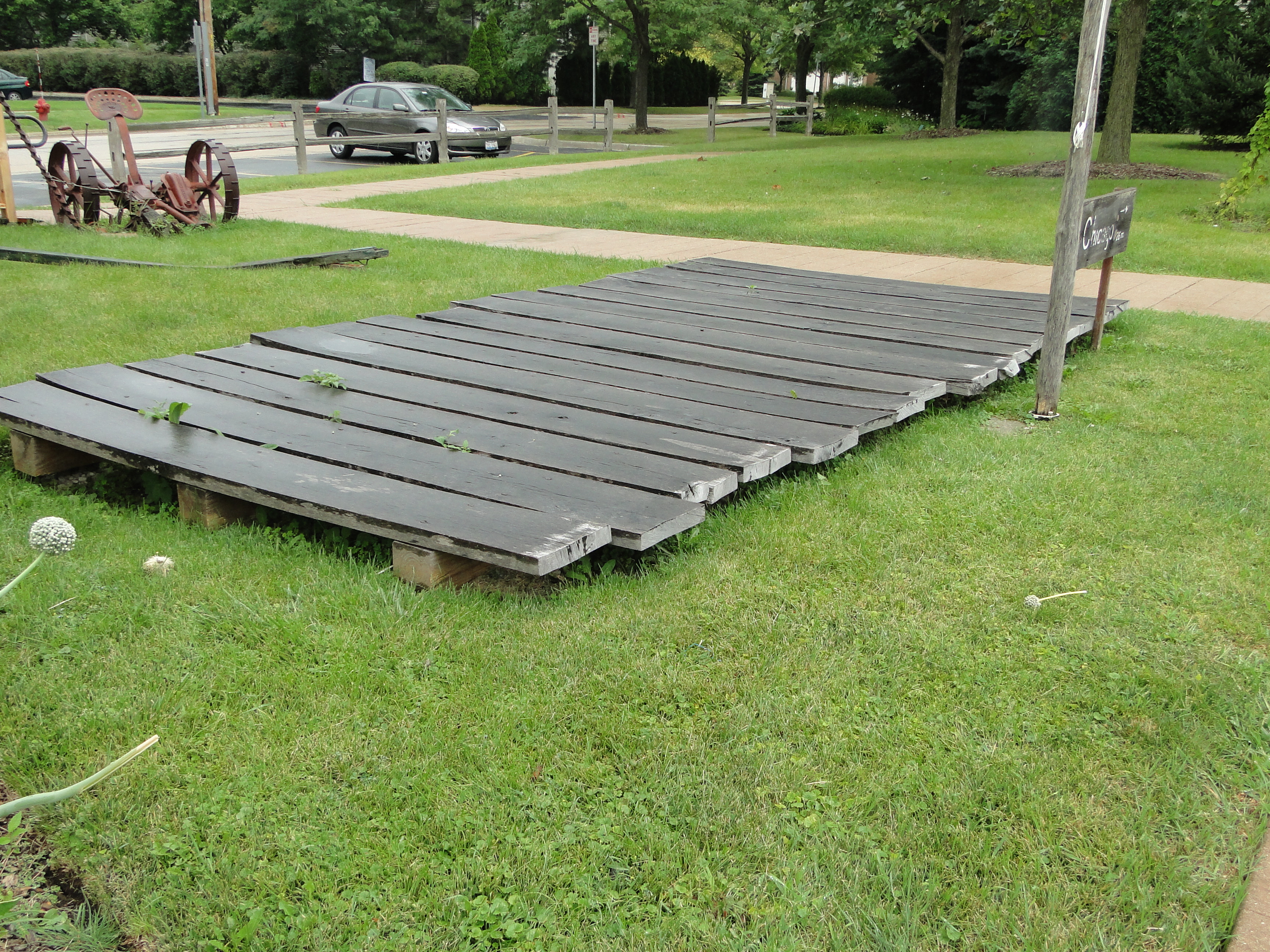 Businesses along the plank roads could act as toll houses, like many of the taverns along the Southwest branch through Lisle. 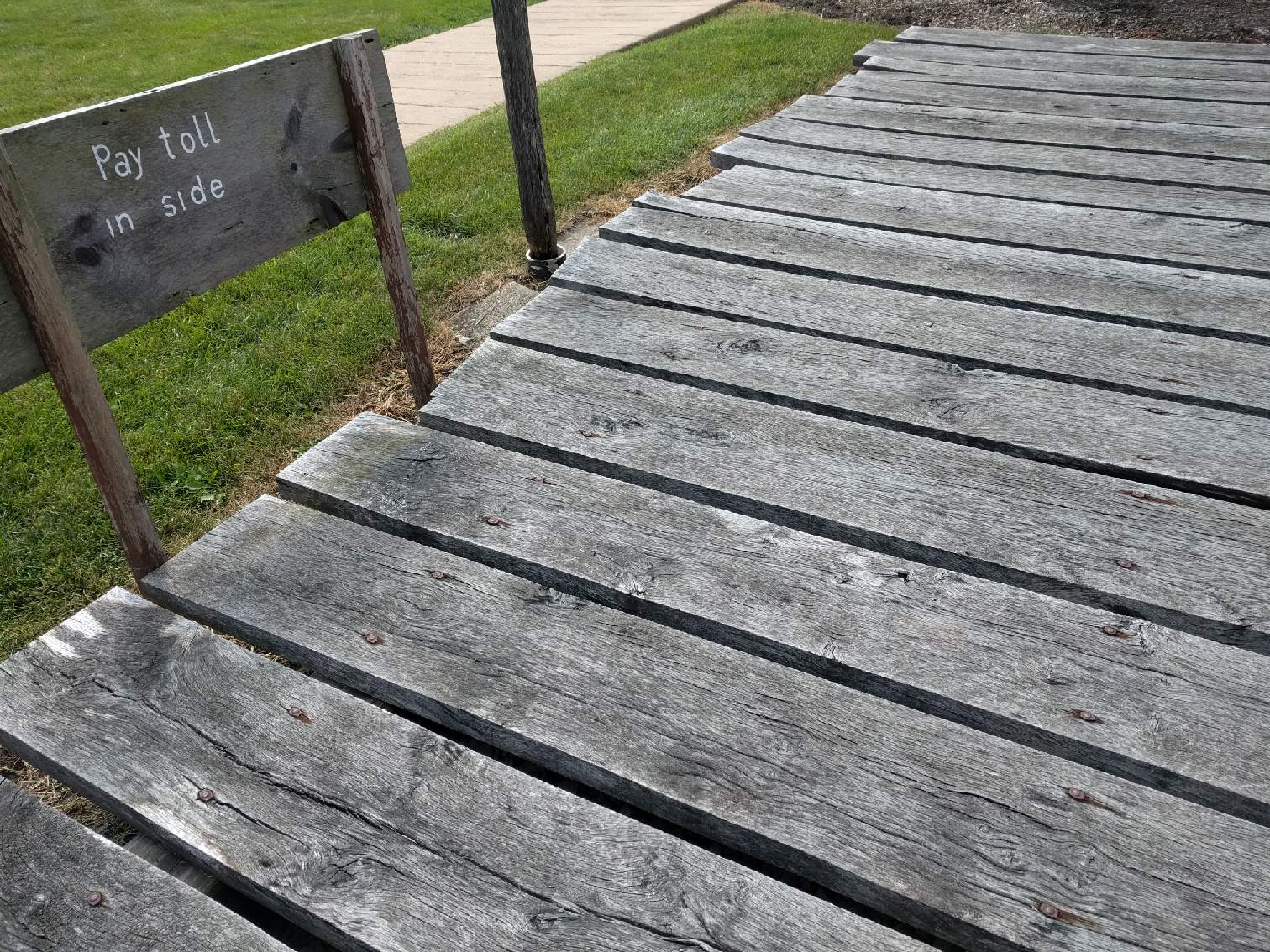 Transportation in the 19th Century

The 1800s saw rapid changes in how people traveled from place to place. As European settlers moved westward, they developed more and more ways to make long-distance travel easier. Canals used existing rivers and man-made waterways to carry people and material. While they made travel easier, they could only be used when they weren’t frozen. They were also time and labor-intensive to build. Plank Roads, made from wooden planks like the piece below, were used primarily to move agricultural products to cities like Chicago. These began spreading all over the United States during the 1840s. They were heralded as a low-cost, modern alternative to canals and dirt trails. These methods of transportation were difficult to build and maintain, and were quickly eclipsed by the growth of the railroad. The ease of use and rapid speed of trains meant that farmers preferred using them to hauling carts onto canals or over plank roads.

The Beaubien Tavern and the Southwest Plank Road

Mark Beaubien was a businessman who invested in the Southwest Plank Road. His investment ensured that a tollhouse was placed outside his tavern along what is now Ogden Avenue. He also ensured that a junction south towards Naperville was placed beyond his tollgate, meaning that he would receive tolls from all travelers moving west. He and his son, Mark Jr, operated the tavern, inn, and tollhouse for several years after the completion of the Southwest Plank Road in 1851. After the Plank Road began to fall into disrepair, people used alternative forms of transportation. The lower traffic along the Southwest Plank Road meant that Mark was unable to pay taxes on his property and was forced to sell the tavern in 1859.

The mission of The Museums at Lisle Station Park is to preserve and interpret the dynamic history of Lisle that inspires and involves the community through research, programs and exhibits. A cooperative effort of the Lisle Park District, Lisle Heritage Society, and the Village of Lisle, the Museum campus was created in 1978 to provide a home for the community's historic train depot. This partnership remains committed to the preservation of Lisle's rich heritage with the continuing development of the historical buildings and through exhibits, research, and special programming.