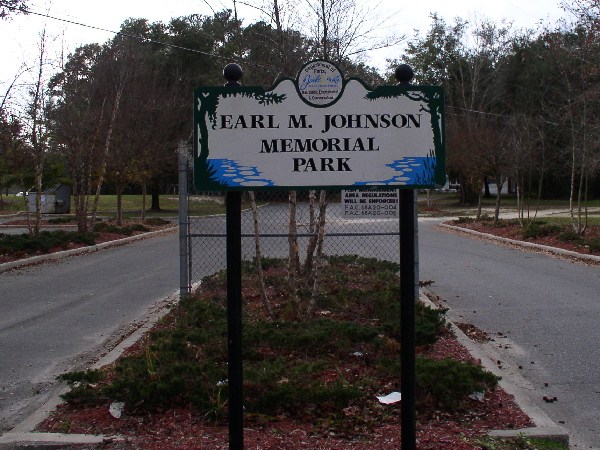 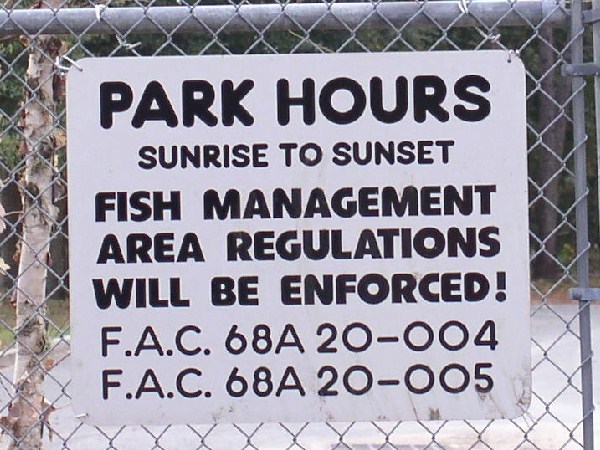 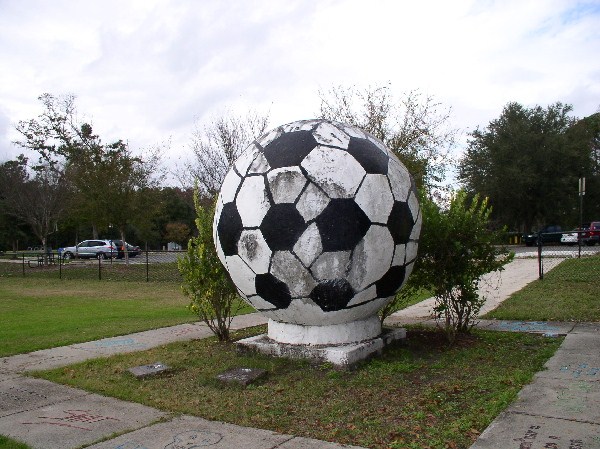 A lake at the park posted by a blogger 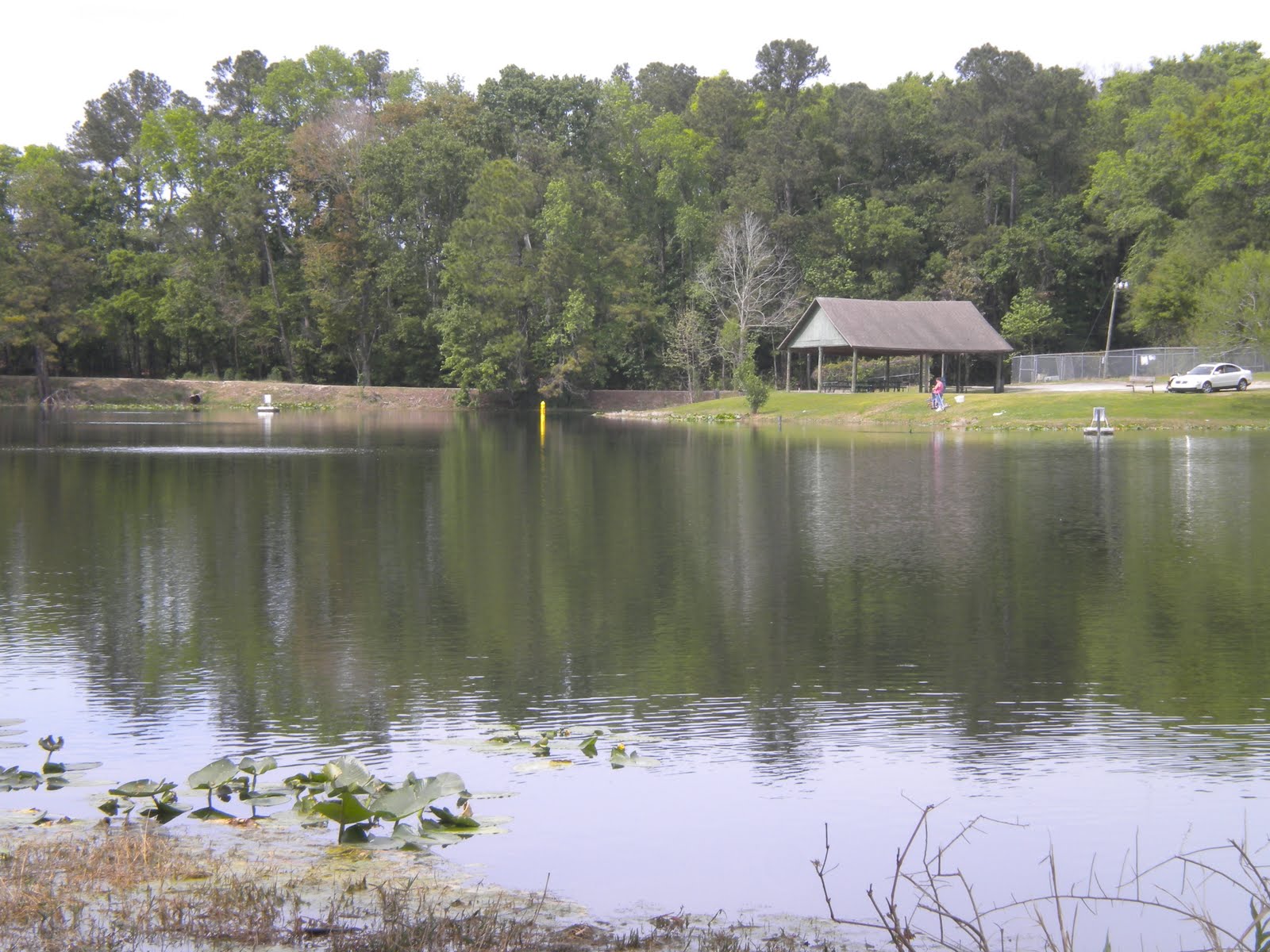 A field at the park posted by a blogger 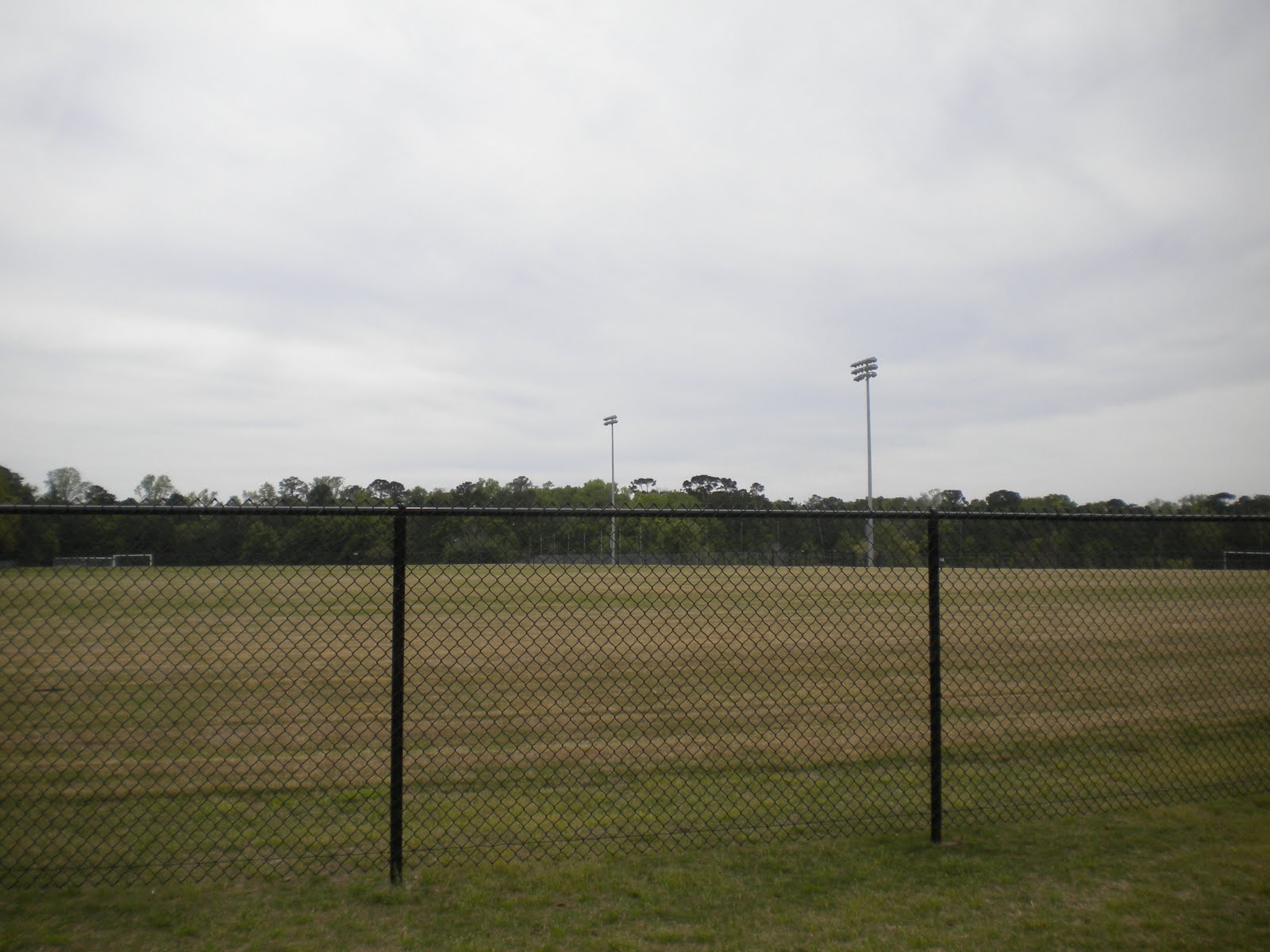 The Earl M. Johnson Memorial Park located in Jacksonville, Florida and used for things such as fishing and soccer. The land was donated in 1976 and used as a landfill until it was turned into a park.The park was established in 1990, and named after the former lawyer, Earl M.Johnson. Most of the area was settled after the Civil War by African American families, which the community became known by the name of Pine Forest, or also known as Larsen. (4)

The Memorial park has quite a few amenities such as fishing, a concession stand, 4 restrooms, one multiuse field, along with 8 soccer fields that are used by the Jacksonville Youth Soccer Club.This helps the city in maintaining the park.There is parking available, also a bike rack and a drinking fountain. There is a fencing around certain perimeters and has security lighting. There is a large soccer ball sculpture at the park as well. The park is located in the Southside between Emerson Street and University Boulevard on St. Augustine Road. (3,4)

Earl M. Johnson (1928-1968) was the first African-American member of the Jacksonville Bar Association. He also served as the secretary of the Local Government Study Commission (LGSC), and also known for his involvement in suing the school board in Jacksonville on behalf of the NAACP in 1960. Johnson also had ties and involvement with Thurgood Marshall and Constance Baker Motley when suing the board. He served 16 years with the city council and with the commission that drafted the school consolidation in 1968, which affected not only the city, but the county of Duval. Johnson was also involved in other civil rights issues throughout the state of Florida. (1,2,3,4)

From Sunrise to Sunset