Built in 1927 as a National Guard Armory, this striking brick building features symmetrical towers and battlements that give it the appearance of a fortress. The Volunteer Fire Department also occupied part of the space from 1927 until 1946. In its relatively short lifespan, this structure has also housed the National Guard firing range, a bowling alley, theater and musical performances, offices for the Maryland DMV, dance classes, a toy museum, and more. Currently, this site serves as Kensington Town Hall and houses the Kensington Historical Society Archives.

Constructed as an armory in 1927, this building is now home to Kensington's Town Hall.. 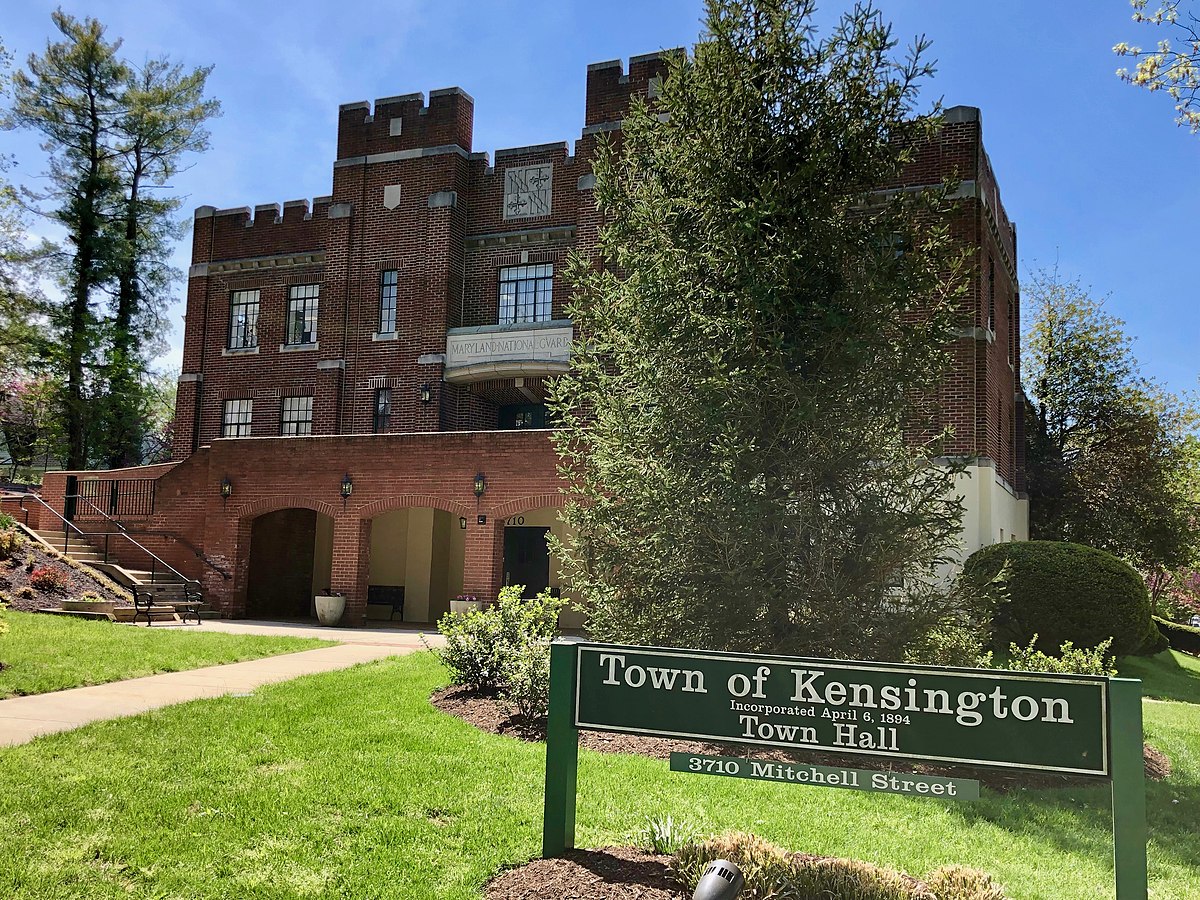 This building originated as an armory for the Cannon Company of the 115th Infantry. It once had a wide entry ramp that allowed vehicles to enter and unload. Its brick facade, reinforced doors and windows, and fortress-like appearance speak to this original function.

The Town of Kensington acquired the property from the State in the 1970s. Today, the building serves a variety of purposes, primarily conducting official town business and operating as a Town Hall and polling place. The Kensington Historical Society maintains its archival collection of news articles, historic documents, and photographs here. In addition, the Montgomery Municipal Cable television studio operates out of the building.