Kensington Cabin Park has occupied this 4.3-acre space for several decades, and its log cabin dates to the early 1930s. For years, this building served as a community center and was enjoyed by countless children attending summer camps. The park was acquired by Maryland-National Capital Park and Planning Commission in 1949. The park also includes tennis courts, a basketball court, a playground, and a picnic area. The cabin was closed in 1991 and restored in 2018 so that it may be open to the public again. Upon its reopening, the cabin was renamed after Janet H. Planck, Kensington's mayor from 1974 to 1982.

Kensington Cabin, courtesy of Montgomery Parks (reproduced under Fair Use) 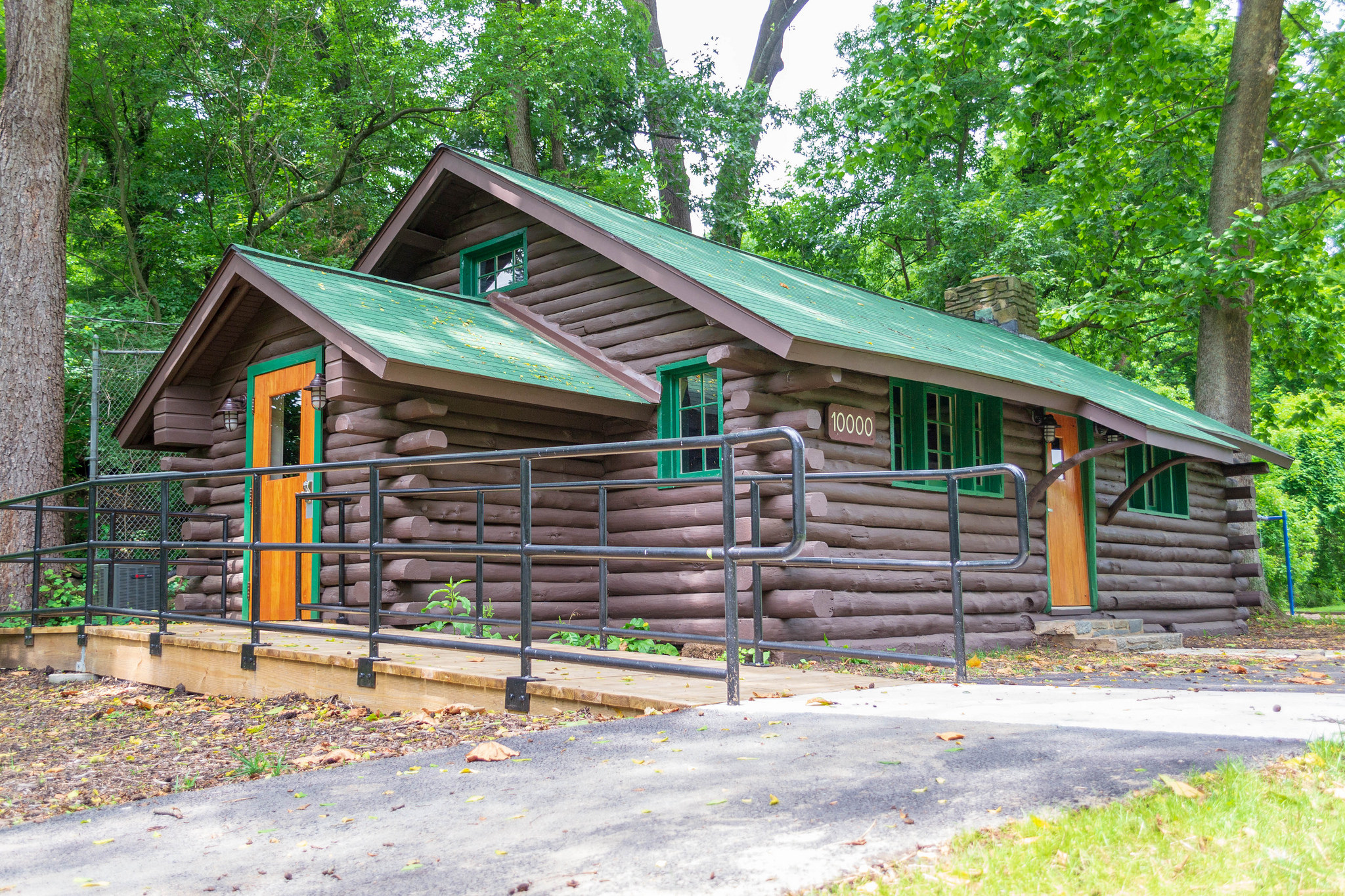 The Civil Works Administration, a New Deal program, began the construction of the cabin during the Great Depression, but a cut in its funding necessitated the Maryland-National Capital Park and Planning Commission completing it. The architecture is rustic, following a log cabin style promoted by the National Park Service in the 1930s that was known as "parkitecture." The cabin pened to the public October 13, 1934. Maryland-National Capital Park and Planning Commission acquired the park in 1949.

For several decades, the cabin hosted summer camps, community gatherings, classes, and parties. In 1991 it closed due to failing infrastructure. Twenty years later, in 2011, the Montgomery Counter Master Plan for Historic Preservation designated the cabin's restoration as a priority.

In 2018, Montgomery Parks rehabilitated the activity building with support from the Cupid Foundation, a charity operated by Under Armour founder Kevin Planck. Planck had grown up playing in the park and using the cabin. Montgomery Preservation, Inc. awarded the restoration with its "Rehabilitation of a Historic Resource for Public Use Award" in March 2018. When the cabin reopened in October 2018, it was renamed after Planck's mother, Janet H. Planck, who served as mayor of Kensington from 1974 to 1982.

In addition to the cabin, the park includes two tennis courts, a lighted basketball court, softball fields, a playground, and an area for picnics. Over the years it has been home to community Labor Day and Independence Day celebrations.