This is a contributing entry for Industrial Themes in Alison Bechdel's Graphic Memoir and only appears as part of that tour.Learn More.

Here is the cemetery where Bruce Bechdel, Alison Bechdel’s father, is buried. He was born on April 8, 1936 in Beech Creek and died on July 2, 1980 only a few miles from the family’s home.

The map Alison drew illustrating some of the major locations in her father's life. 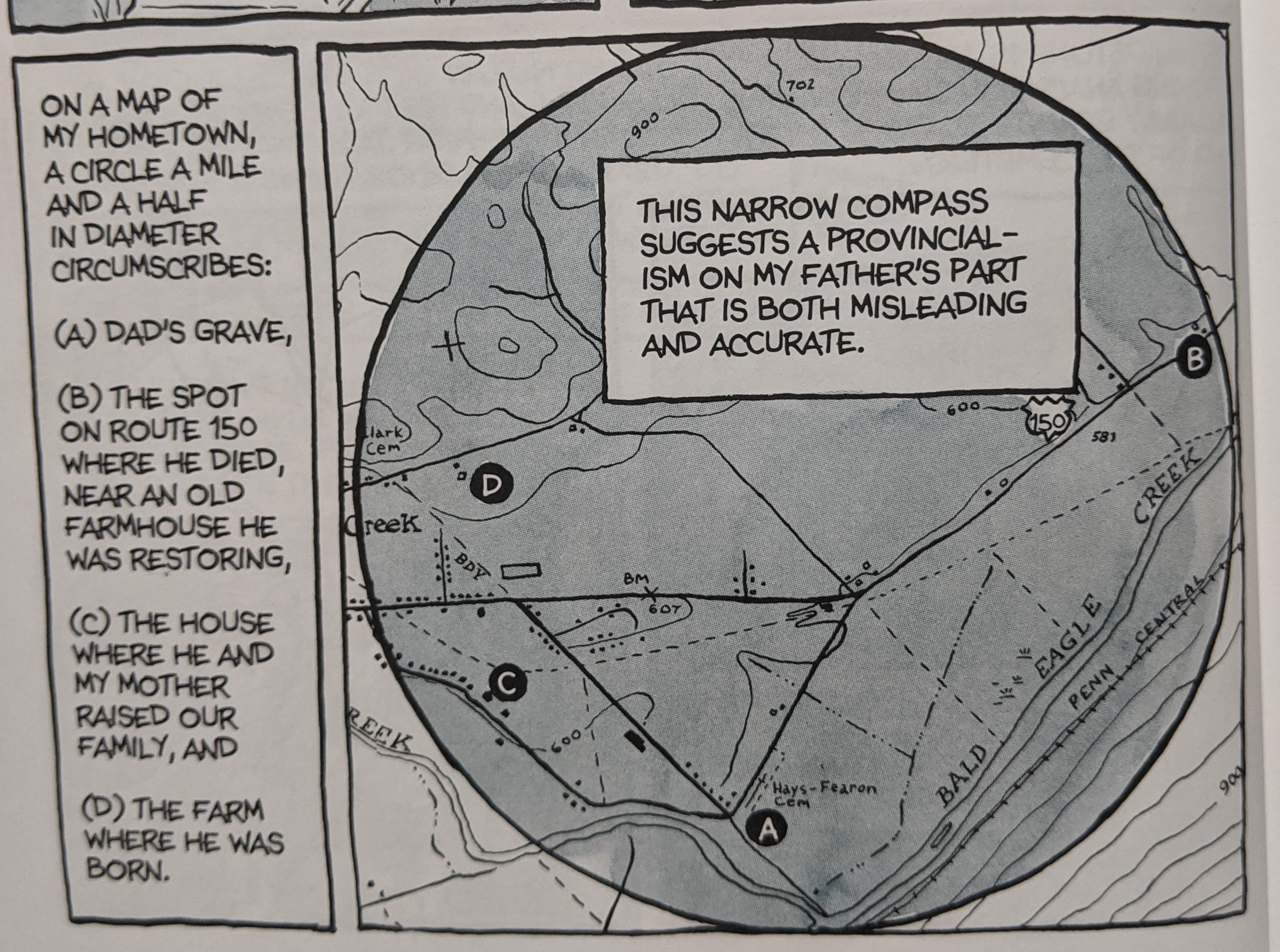 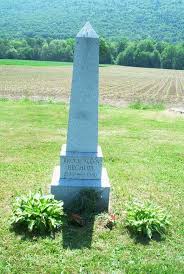 Bruce Bechdel was one of 4 children born of Claude and Dorothy Bechdel. After Claude’s death in 1963, Bruce was put in charge of operating the family business as a third generation mortician. His real passions though were literature, art, and history.

Beech Creek itself is a small borough in Clinton County, founded circa 1839. According to World Population Review, Beech Creek is estimated to have a population of roughly 691 residents in 2020 with a 97.81% Caucasian demographic. Besides his brief encounter with Europe, much of Bruce’s life occurred within the limits of the borough. Alison has not chosen to live in Beech Creek like many of her family members, and prefers to settle in urban cities.

This heritage tour will explore the history of the lumber and funerary industries as they were presented in Alison Bechdel's graphic memoir, Fun Home: A Family Tragicomic. The 1880s gothic revival home where the story takes place serves as a connector between her personal narrative and the histories of these two important industries in Pennsylvania.