This is a contributing entry for Industrial Themes in Alison Bechdel's Graphic Memoir and only appears as part of that tour.Learn More.

Bald Eagle Creek is a 52.5 mile cross-cut canal that helped support the lumber industry in that region.

Photo taken by William T. Clarke. Women and children cooling off in creek on a hot day. 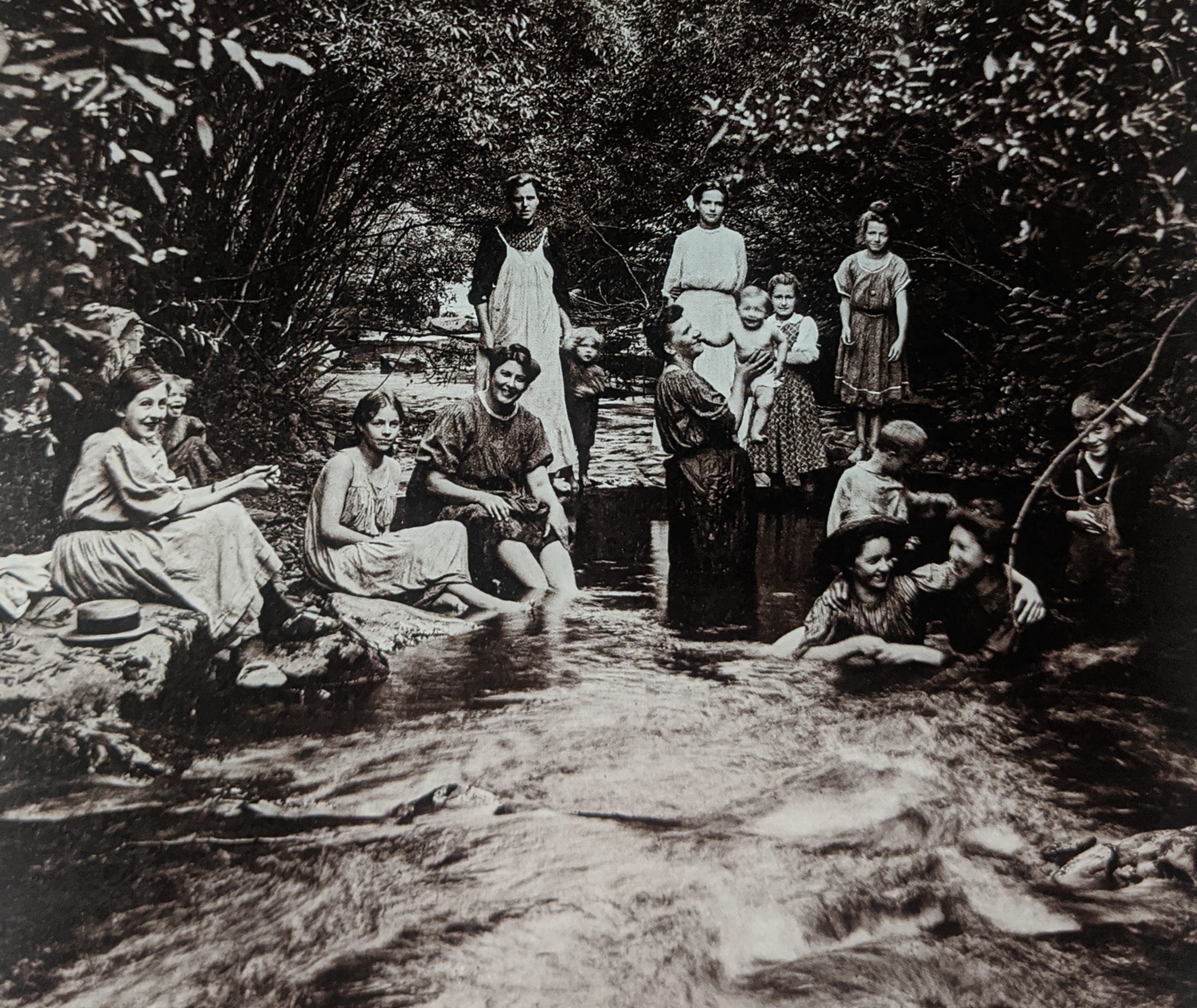 Photo taken by William T. Clarke. The interior of a dining room set up for dinner. 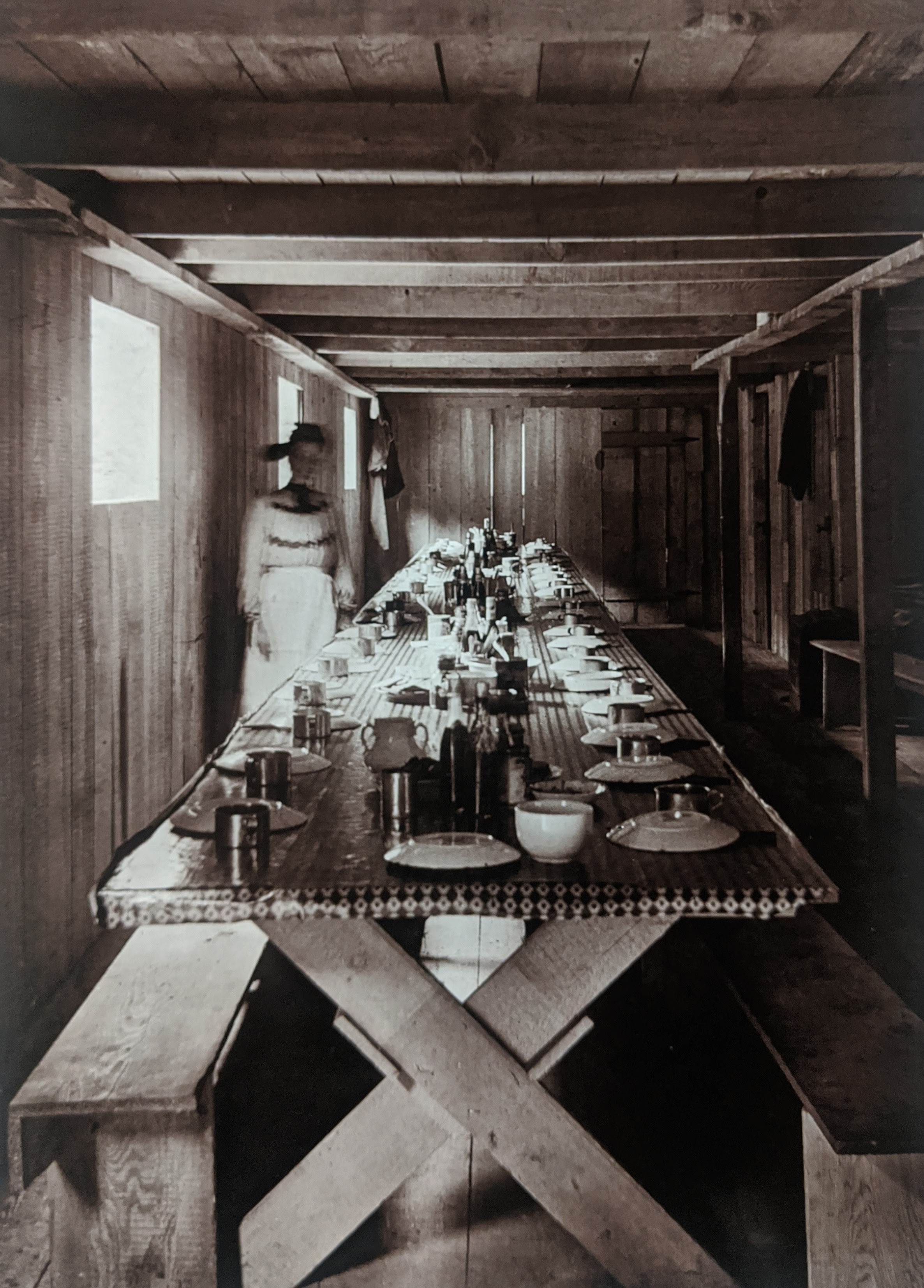 Moving into the history of the lumber industry, Pennsylvania was a hot zone for natural resources. In 1681 when the region was first settled by colonists, roughly 90% of Pennsylvania was forested. Over the past two centuries, the commonwealth of Pennsylvania has been a world leader in steel production, lumber, coal, and cement and has a strong foothold in agriculture as well. Before railway lines connected the state, waterways were used to move lumber from one location to the next. The work was dangerous and tiring, requiring workers to constantly watch for log jams and risk getting their limbs pinched off or drowning as they hopped from log to log. The heavily forested lands and water tributaries made Clinton County a popular location for the establishment of saw mills. The Delaware Indians, who settled in what is now Beech Creek, referred to the area as “Schauweminsch-Hanne,” meaning beech stream because a large amount of beech trees grew along the banks of the creek. Many of the men who lived in the area were employed as woodsmen, mostly working out of scattered lumber camps. By the end of the 19th century, the lumber boom was in a steep decline all across the state. Alison’s home, built in 1880, was constructed at the very end of the logging industry in Clinton County. By 1882, only 1 of the original 12 saw mills was still in operation.

This heritage tour will explore the history of the lumber and funerary industries as they were presented in Alison Bechdel's graphic memoir, Fun Home: A Family Tragicomic. The 1880s gothic revival home where the story takes place serves as a connector between her personal narrative and the histories of these two important industries in Pennsylvania.