The Danville Municipal building in Virginia was the scene of one of the most violent attacks by a police department against civil rights protesters during the 1960s. The Danville sit-ins began in 1960 and occurred until 1963 when student activists, with the help of national civil rights groups, achieved slow integration of the Danville Public Library, city park, and several lunch counters throughout the city. Tensions between protesters and police came to a boiling point on June 10, 1963 when the police department arrested 50 demonstrators early in the day. Later that evening, a prayer vigil was held outside the local jail next to City Hall (now the Danville Municipal Building) when Virginia State Troopers, local police, and deputized garbage collectors cornered the demonstrators and used fire hoses and nightclubs to disperse them. This event became known as the “Night of Infamy.” In response, Martin Luther King Jr. came to Danville in support of the demonstrators on July 11, 1963.

Demonstrators gather on the steps of Danville City Hall. 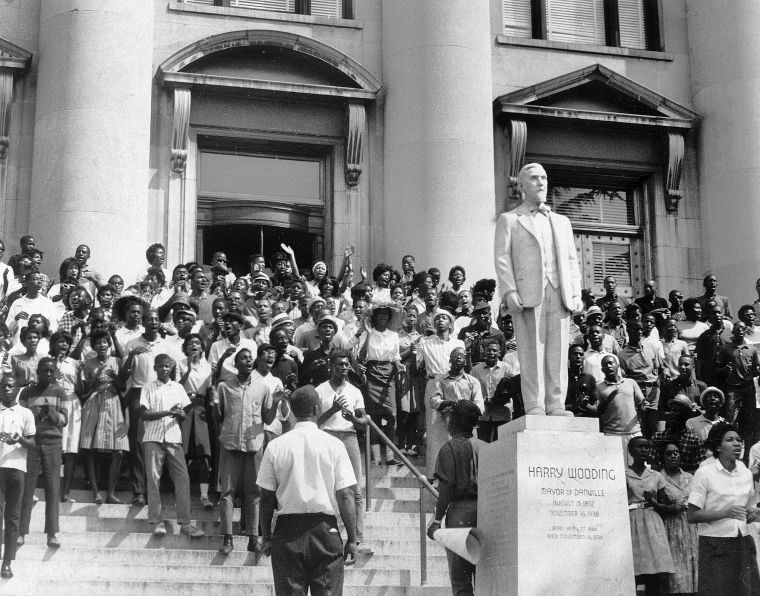 An unidentified woman is carried by Danville police. 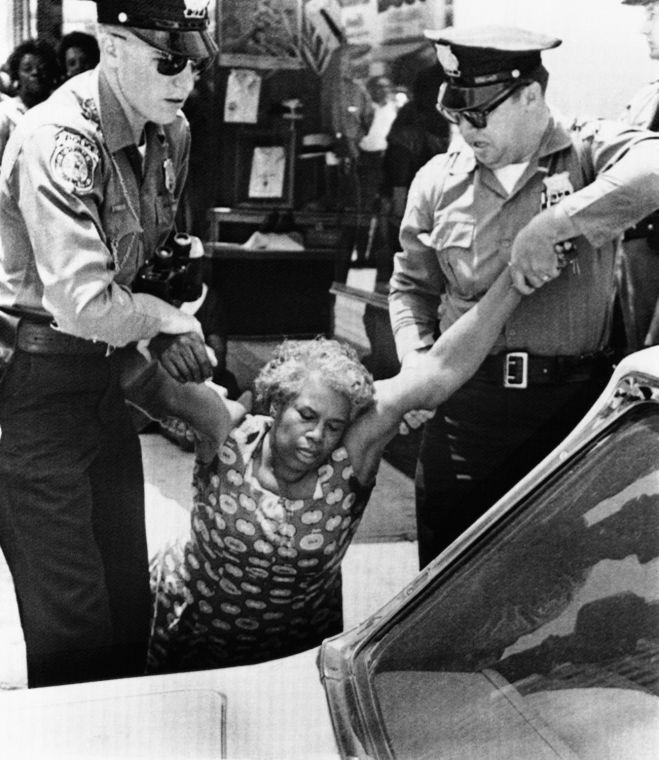 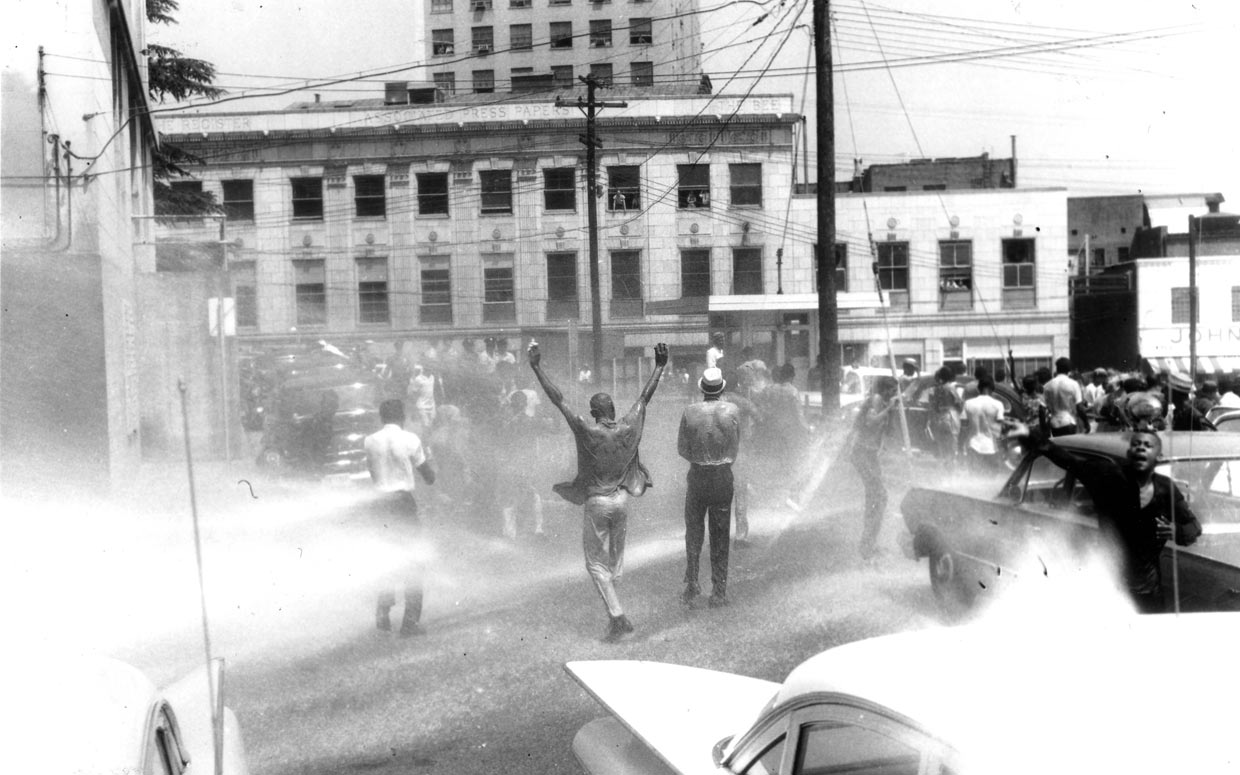 From Sit-Ins to SNCC: The Student Civil Rights Movement in the 1960s-Click the link to learn more about this book 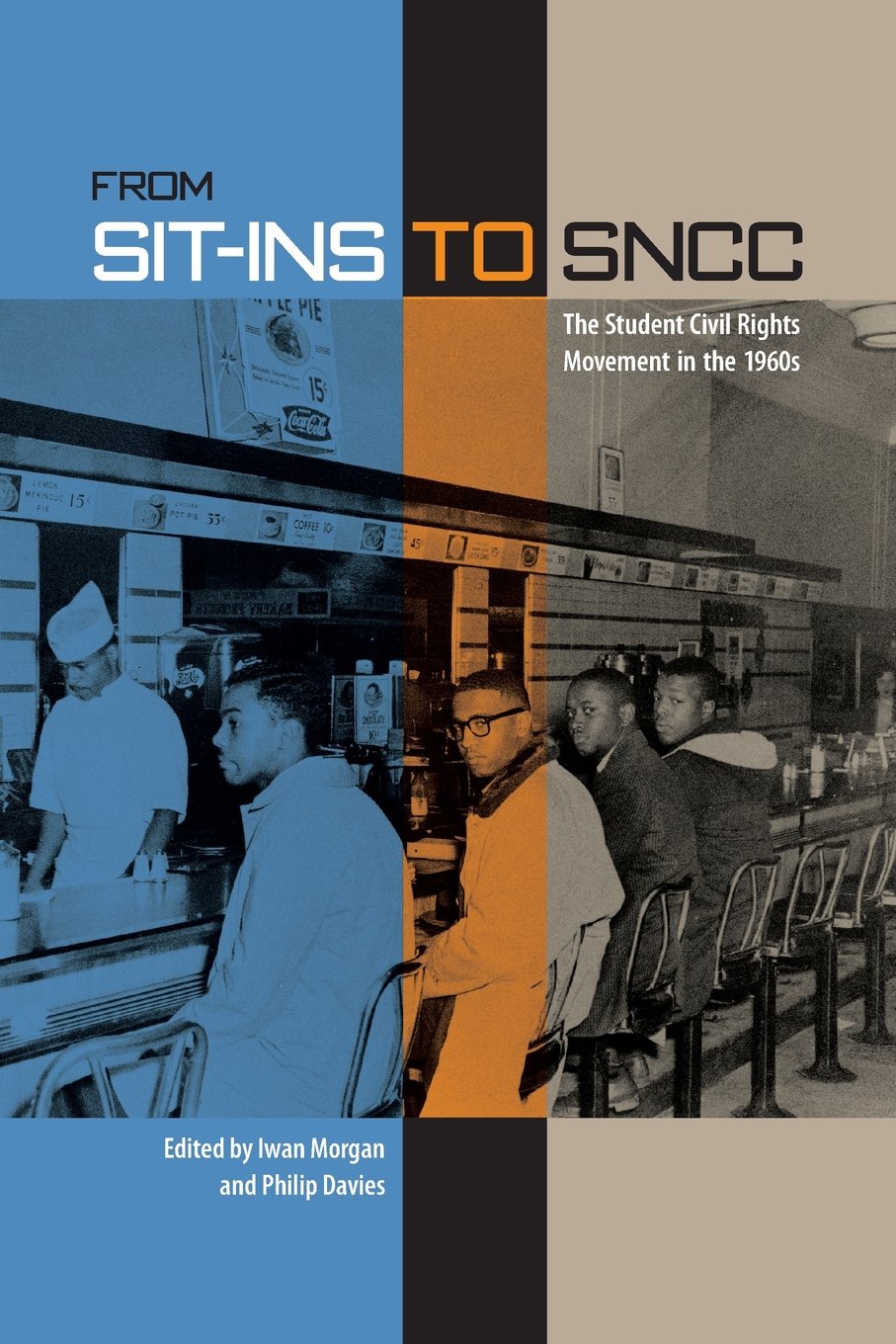 Danville had already experienced some minor sit-ins as early as 1960 that were inspired by the February 1, 1960 Greensboro, NC sit-in that was so successful farther south. Frustrated with a lack of progress in Danville’s particular case and by the NAACP’s reluctance for aggression, local civil rights activists formed their own organization, the Danville Christian Progressive Association (DCPA).  The DCPA was as an affiliate of Martin Luther King Jr.’s Southern Christian Leadership Conference (SCLC).

Three years later, after multiple attempts to petition Danville city government to end discrimination in housing, schools, and employment, members of DCPA and other civil rights activists marched into city hall and occupied the city manager’s office.  June 6, 1963, the day afterwards, brought even more demonstrators to city hall – this time around 200 people to occupy the city manager’s office. This began the city’s initial retaliation to the demonstrators.

Judge Archibald M. Aiken Jr. issued an injunction to obstruct the protests by making stiffer punishments for unlicensed demonstrations. Aiken also corralled a special grand jury to indict three of the protest leaders from June 5th and 6th with charges of “conspiracy to incite the coloured [sic] population of the State to acts of violence and war against the white population”. Curiously, the statute for Aiken’s indictment of the leaders came from Virginia law that was passed after John Brown’s raid on Harpers Ferry in 1859.

Despite the arrests and legal threats from city officials, the demonstrators continued to march and occupy peacefully. From June 2 to June 8 there were 371 arrests made in connection with the demonstrations in Danville. On June 10, 1963 fifty more demonstrators were arrested while peacefully protesting. That night in an alley between city hall and the local jail, Reverend H.G. McGhee led a prayer vigil with the singing of hymns. During the vigil, the VA State Police had been mobilized to assist with the demonstrators. Squad cars pulled behind the demonstrators and blocked the rear exit while fire trucks and freshly deputized city garbage collectors trapped the activists at the top of the alley. The entire prayer service was trapped. The local police and the garbage men turned on the hoses and attacked the activists with high-pressure water cannons and nightsticks. In the end 47 people were injured and more arrests were made. This event made the “Night of Infamy,” and with it came a barrage of negative press coverage and NAACP, SNCC, and SCLC leadership to press the issue.

A few days later on June 21st, Judge Aiken Jr., against the recommendations of the US Justice Department, indicted 10 more demonstrators for their involvement in the sit-ins and occupations. Aiken again used the same John Brown Statute.

By the autumn of 1963 the SCLC had negotiated a deal with Danville city government to hire the city’s first African-American policeman. The civil rights struggle had ended in victory, but despite the pressure placed on the city it was still very slow in establishing integration. For instance, it was 1973 before a circuit court judge finally suspended the sentences of six demonstrators that had been convicted 10 years prior during the demonstrations.