Hellenic Orthodox Church of the Annunciation

Here is the church as it looked in September of 1907, shortly after its construction. 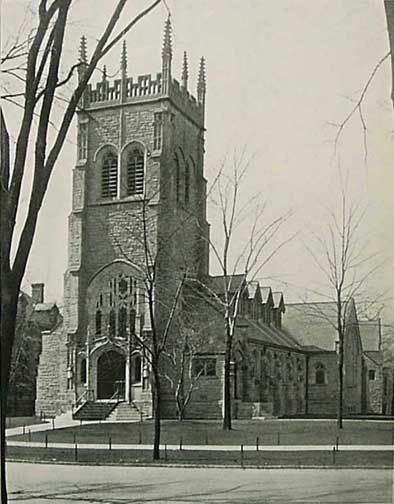 The church is considered to be a Buffalo landmark and is also on the National Register of Historic Places. It is built in the English country Gothic style, and some changes were made to it when it was purchased by the Greek Orthodox, such as the building of an iconostasis and Bishop's Throne. These changes were largely in order to fit with Greek Orthodox tradition. A few other alterations have occurred since; the interior was restored in 2002 after an arson fire.

The Eastern Orthodox sect was one of two branches left during the Great Schism of 1054, with the Catholic sect being the other. Note that this is not to be confused with the schism that separated the Catholic and Protestant denominations, and which occurred much later.