Dedicated in 1976, this Nebraksa landmark is home to a museum that preserves and interprets the life of Nebraska poet John Neihardt. Reflecting Neihardt's work on the culture and historic experiences of the Lakota Sioux, the site includes his preserved study, museums exhibits, and the Sacred Hoop Prayer Garden. Neihardt authored a wealth of works about the lives of iconic Native Americans as Sitting Bull and Crazy Horse, and the museum includes artifacts given to the author from Black Elk. During his life, Neihardt's work was instrumental in educating diverse audiences about the experiences and perspectives of Native people, and books like Black Elk Speaks continue to be read by audiences throughout the world. The center includes Neihardt's study, a small cabin where he authored much of his work, including the epic poem Cycle of the West. Just outside the study, visitors can work through The Sacred Hoop Prayer Garden which reflects the Hoop of the World which was part of Black Elk's visions that he chose to share with Neihardt. 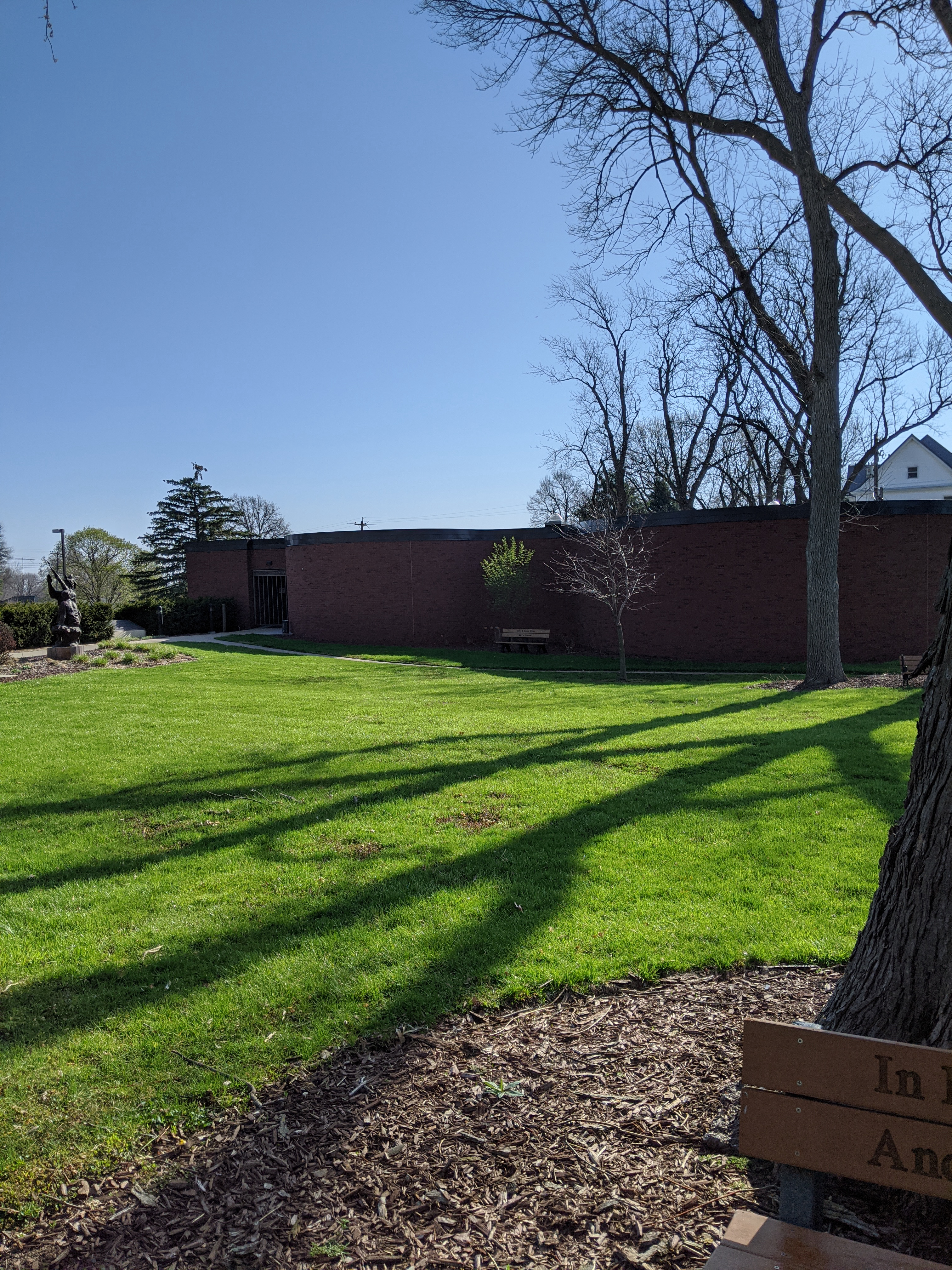 Statues of Neihardt and Black Elk 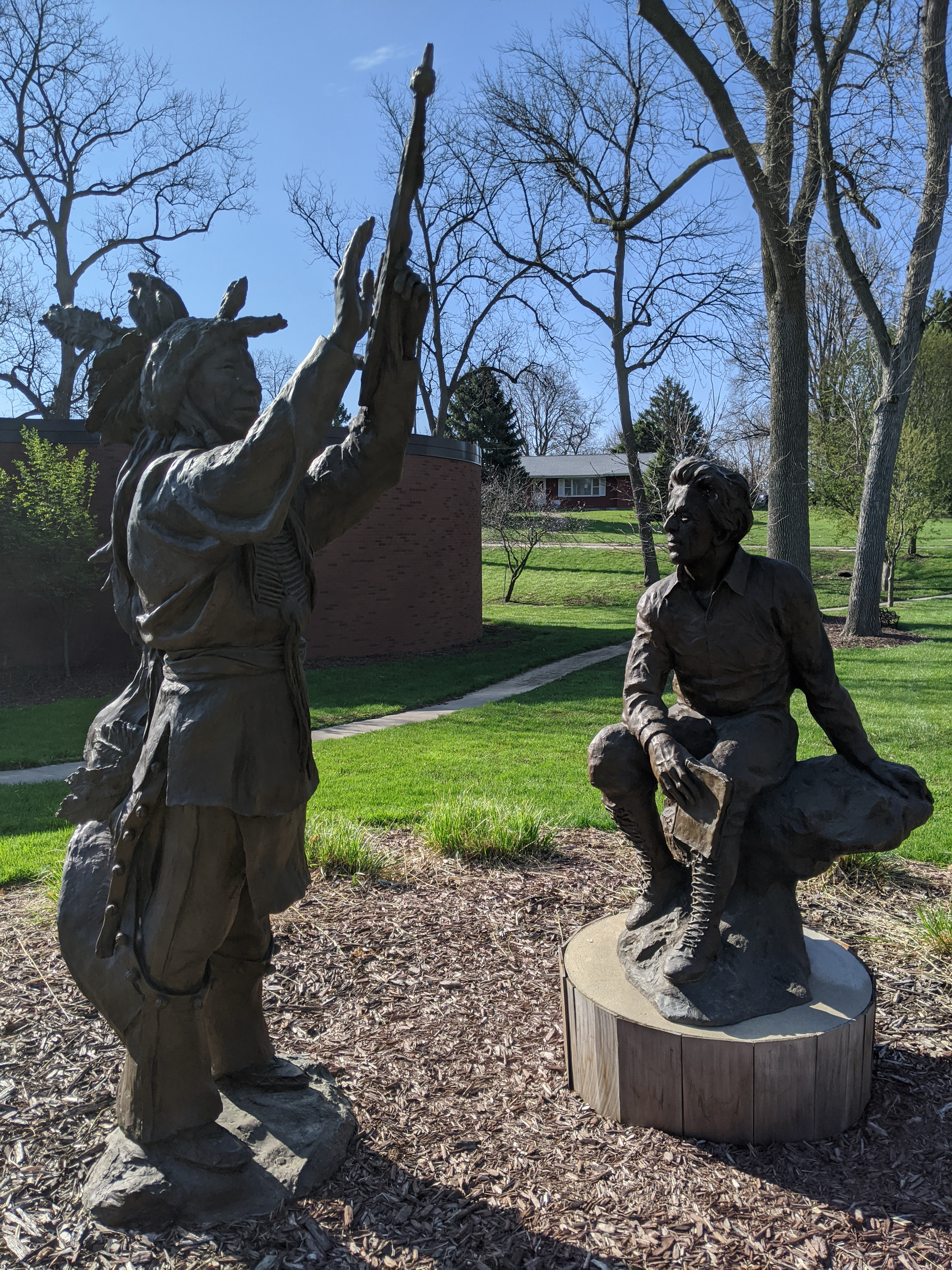 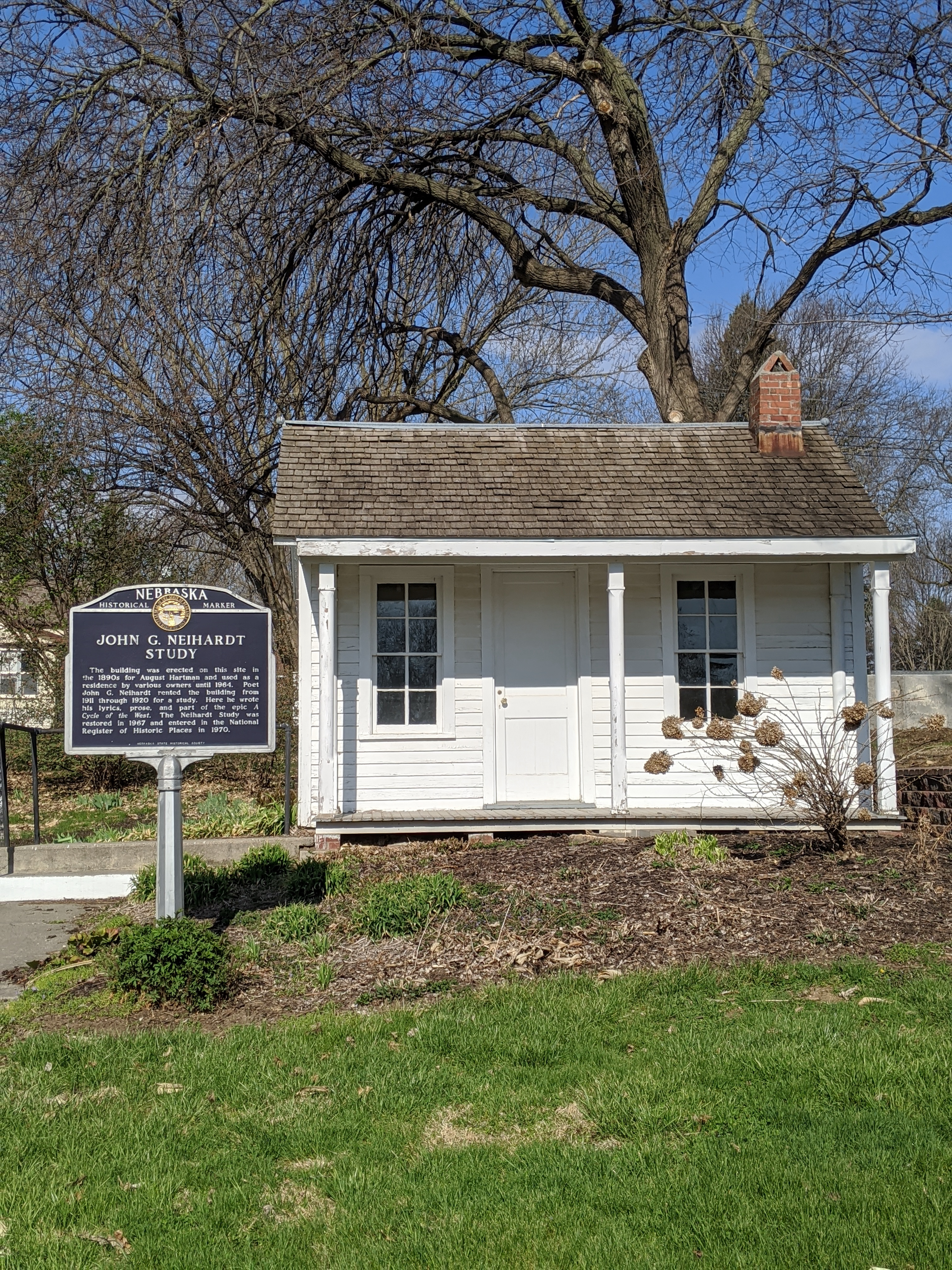 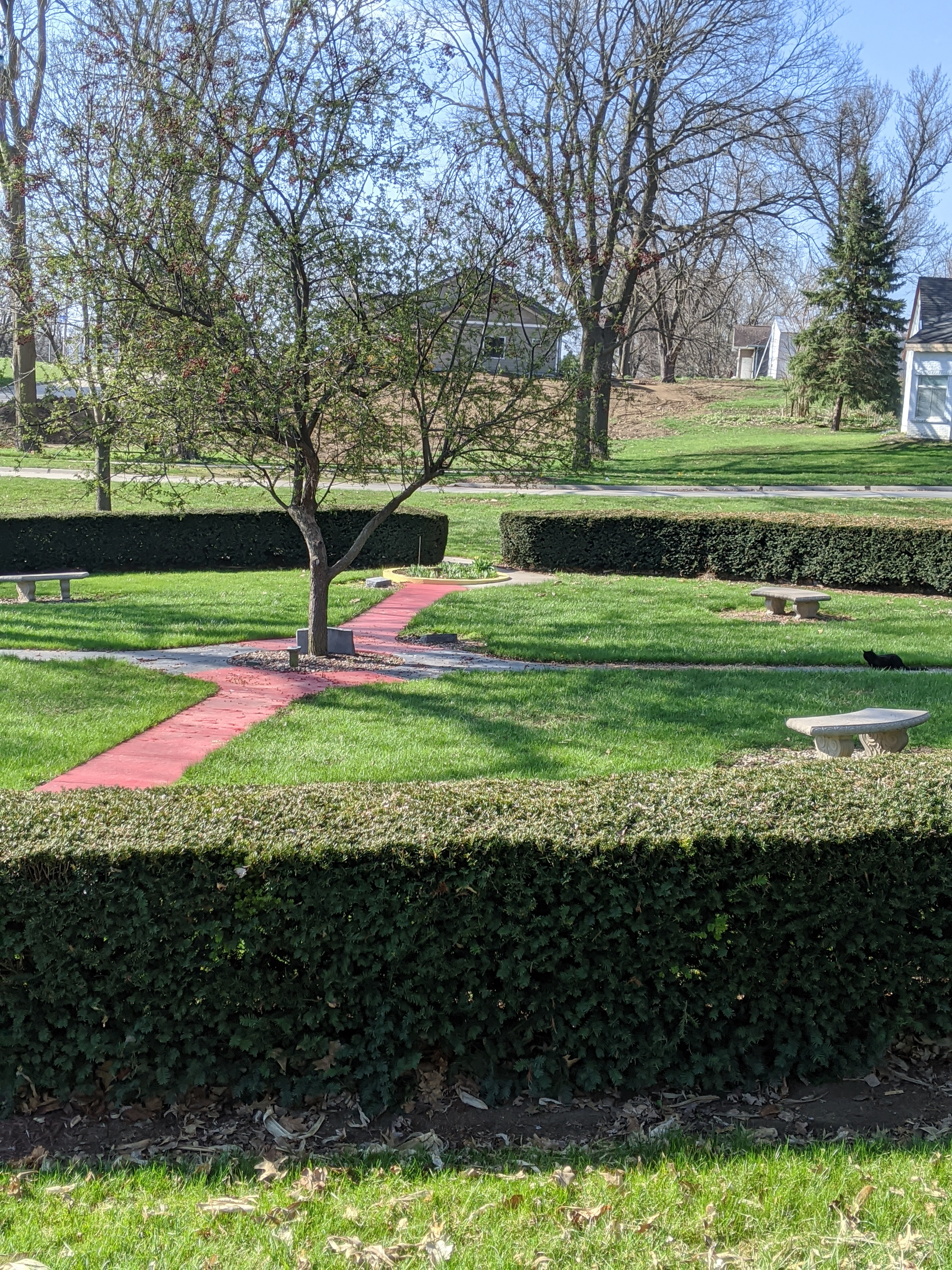 The Neihardt State Historic Site includes three areas that are significant to Neihardt's life story: the museum, Neihardt's study, and the Sacred Hoop Garden. The museum was constructed during the 1970s following the authorization of $200,000 from Nebraska lawmakers to build the center. Although the law that included the authorization of funds was initially vetoed by then-Governor J.J. Exon, who felt the expenditure was fiscally irresponsible, the legislature overrode the governor's veto.

Construction of the museum followed the restoration of Neihardt's study, an effort that was complete in 1967. The center was dedicated on August 1, 1976. Within the building, there is the Memorial Room, which houses the center of the museum and the library. The Memorial Room contains the main exhibit, it is circular, representing Black Elk's Sacred Hoop. The room is full of items that belonged to Neihardt, including artifacts related to his career and illustrations that help to interpret his personal and professional life. Highlights of the museum include items Black Elk gave Neihardt. The Memorial Room holds these items in addition to a cycad, an ancient plant-form that symbolizes the Tree of Life from Black Elk’s vision. The library can be used for research and includes objects such as; books, periodicals, art, and other personal items that belonged to Neihardt.

Neihardt spent a great deal of time in his study. He used it when he lived in Bancroft from 1900 to 1920. Originally, the study belonged to August Hartman in the 1890s. While sitting in this study, Neihardt created much poetry and spent extensive time writing his magnum opus, “Cycle of the West.” This small, unassuming study is actually what prompted the process of developing the whole museum site.

During the 1960s, the building fell into disrepair. A group of Bancroft residents started a project to restore the cabin where the study resided. The founder of this effort, Evelyn Vogt, would go on to support further memorializing of Neihardt out of fear his life’s works might be lost. The tiny cabin with the study is the last remaining building Neihardt owned in Bancroft. The house he originally lived in there was torn down by the 1960s. While museum patrons are not allowed to enter the study, the roped-off doorway to the study is usually open during museum hours. Also, windows in the study allow a good view of the room. Furnishings in the study are similar to the styles that would have been around when Neihardt was writing.

The Sacred Hoop Prayer Garden is just outside the study. The garden represents the Hoop of the World. This came about from a vision the Oglala Holy Man, Black Elk had and Neihardt recorded what was revealed to him. The hoop is divided into quarters. Each section has its own color. There are red and black paths going through them. All paths meet at a tree at the center. Varying colors in the hoop represent a particular power and symbol. The hoop itself is supposed to signify the vastness of the universe. The West is symbolized by blue or black which indicates the power to make life and to destroy it. The North is represented by the color white. This epitomizes cleansing and healing. The East section of the hoop is red and shows the power of enlightenment that brings understanding and peace. Completing all four directions, the South is yellow, which encapsulates the power to grow. Two different paths cross the hoop. One goes east to west. The other runs north to south. Like the sections of the hoop, these also have a symbolic meaning. The east to west path is black and denotes worldly difficulty. The north to south trail is red which implies spiritual understanding. In Black Elk's vision, the point where these two paths cross is considered holy ground. From it, sprung the tree of life.