The Bell Tower was erected in 1923 at the corner of Salem and Main Street as a memorial to Phillips Academy alumni who had lost their lives in World War I. It is now a landmark, the first glimpse of Academy Hill as one approaches Andover from the south. It was designed by architect Guy Lowell of Boston. 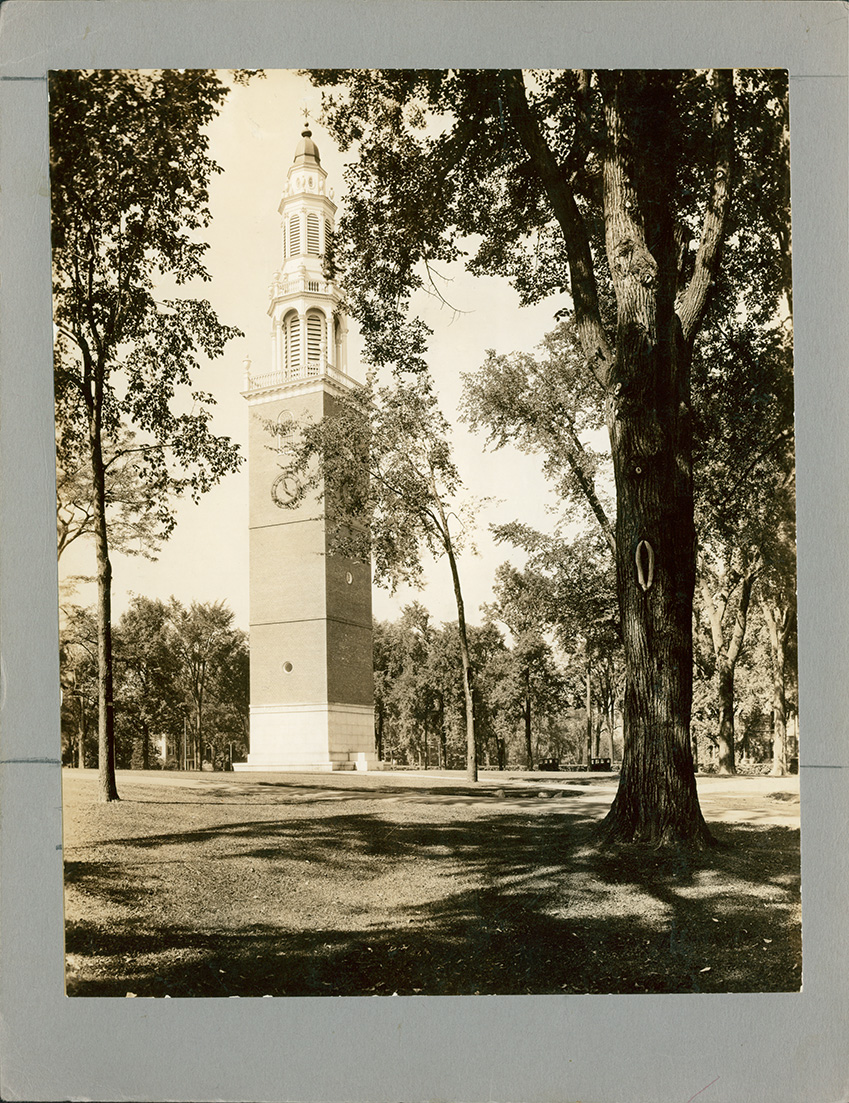 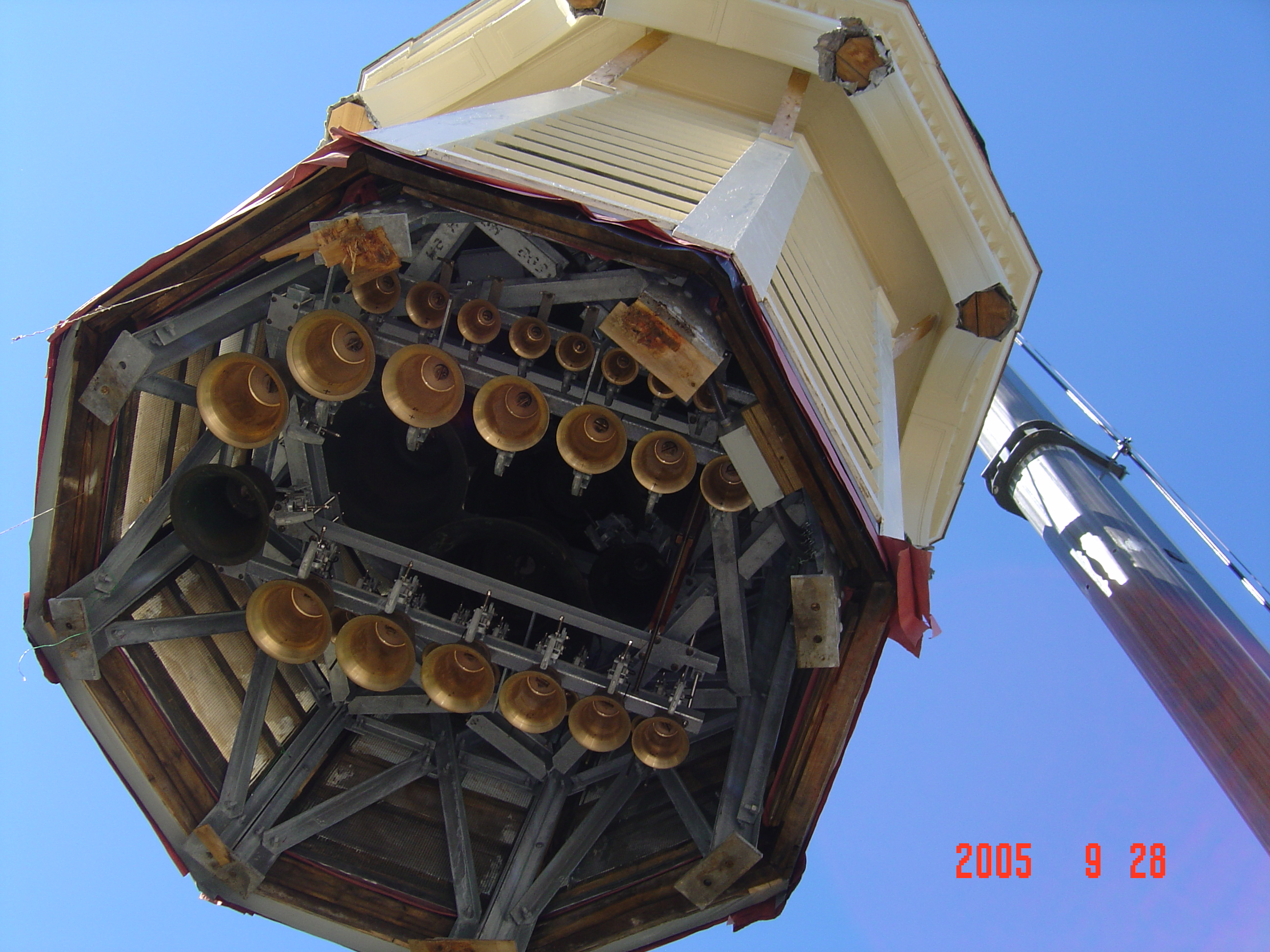 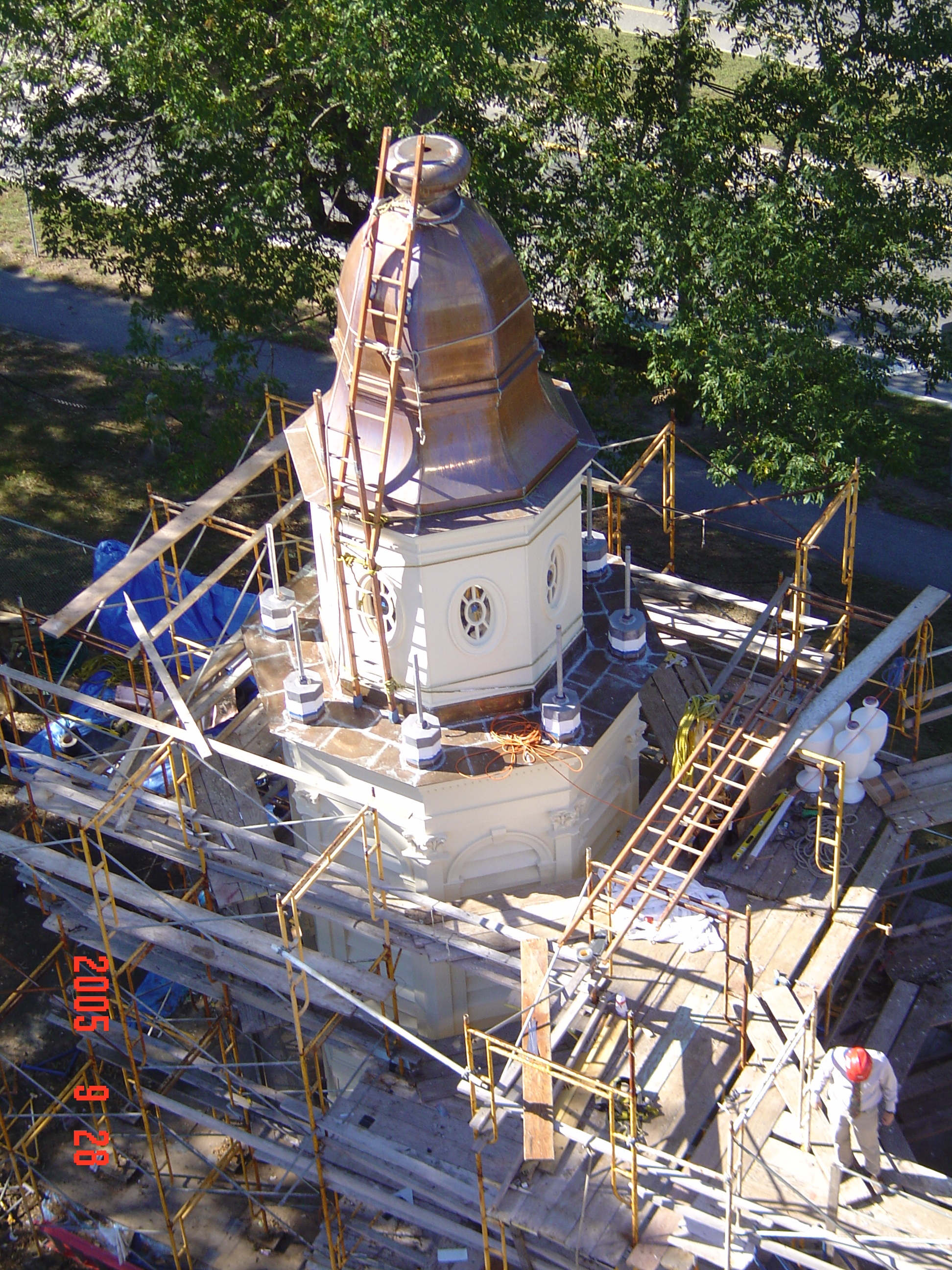 Rapelling on the Memorial Bell Tower, Search and Rescue, 1976 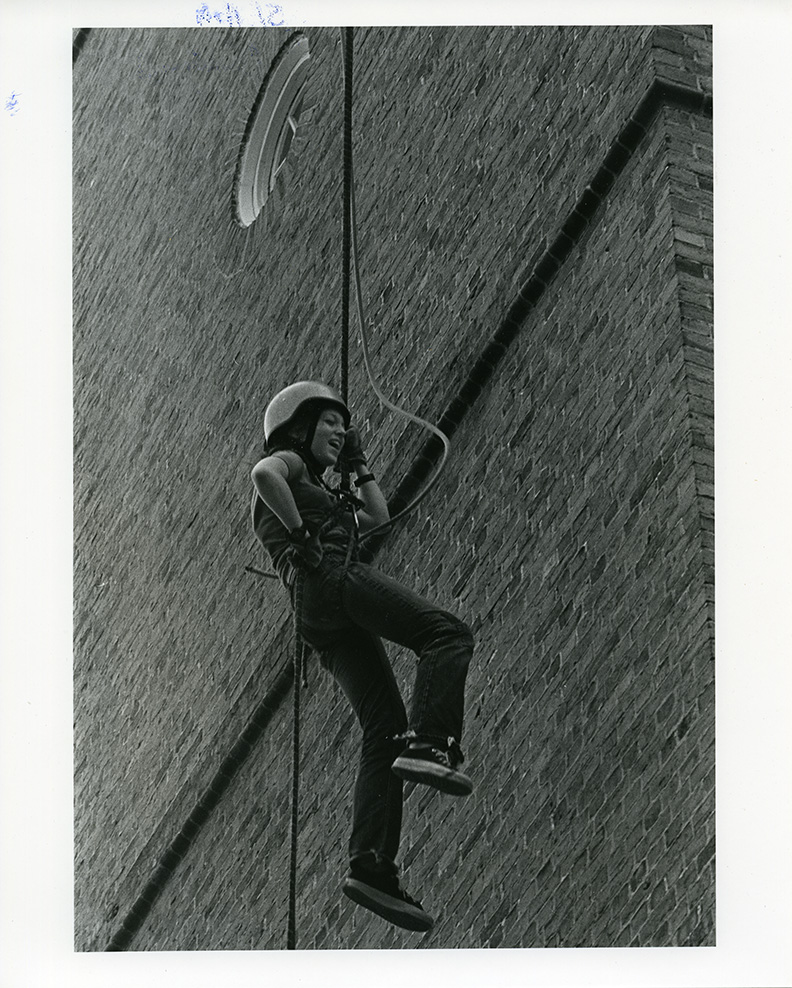 Donor Samuel L. Fuller, Phillips Academy class of 1891, selected the site on the old militia training ground, where George Washington reportedly reviewed the troops in 1789. Although the trustees had agreed not to erect any academy buildings on this revered space, a war memorial was considered a fitting addition. Troops had convened here since at least the Revolutionary War through World War I.

The bell tower is a square brick structure built over a steel frame with a deep limestone base and a three-tier wooden spire surmounted by a weathervane. Typical of Lowell's work, there is a decorative, almost delicate effect in the details and shutters.

Now perceived as a monument, a meeting place, and a focal point, the Memorial Bell Tower has also a source of music for many years. In 1926 installation of a 37-bell carillon was completed, one of the largest in the United States.