Across Salem Street from the Flagstaff Quad, the Shuman Admission Center incorporates one of the academy's oldest structures with one of its newest. The building has a long history of renovation. In 1801 the trustees purchased a small cottage from Captain Asa Towne expanded it for academy purposes during the next few years. 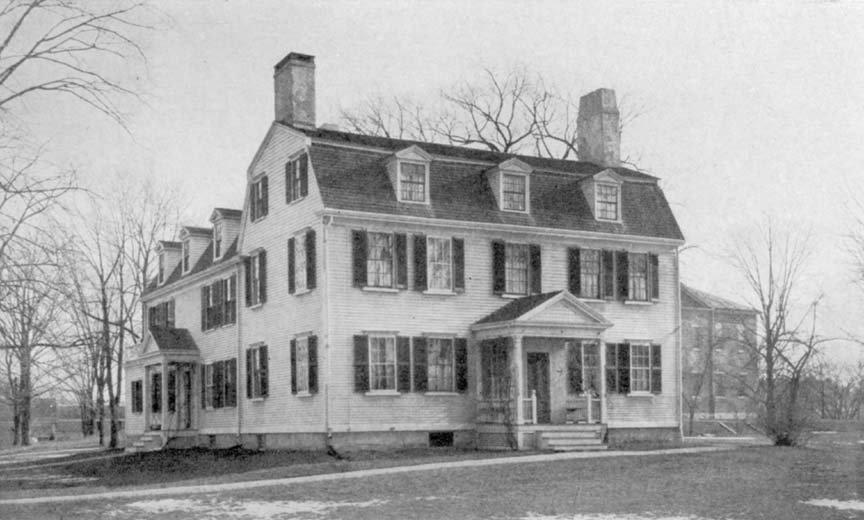 By 1804 Phillips Academy added a narrow gambrel-roof structure, larger than the original cottage and perpendicular to it, facing Main Street. It was a vernacular building: two-and-a-half stories with end chimneys and 12-over-12 pane windows. When it was built the house was designed to provide six identical rooms for academy boys, the first academy-owned dorm on campus. In the spring of 1806, before students could move in, Phillips Academy Principal Eliphalet Pearson returned to Andover with his family. The trustees made Hardy House available to him to live in while he established the Andover Theological Seminary. Additional improvements had to be made for Pearson, who was, after all, president of the board of trustees. The original cottage became a kitchen ell, and the interior of the "addition" was embellished with trim, pain, and wallpaper. After Pearson's tenure, principal John Adams lived there with his family and several students from 1810 to 1833. William Graves, who restructured the academy's science program during the nineteenth century, lived there for more than forty years. During Graves's residency, Boston architect William Ralph Emerson removed the old kitchen ell and replaced it with a new colonial revival wing. The building was used a faculty residence well into the twentieth century.

In the 1970s the academy remodeled Hardy House for the school's admission office. During the 1990s the academy preserved and restored the 1804 section, demolished the rest, and built a new addition designed by Cambridge architect David P. Handlin & Associates.