Great Lawn and Elm Arch, circa 1820, at Phillips Academy

Directly across Salem Street from the Memorial Bell Tower, the Great Lawn, originally the "Seminary Common," extends to Chapel Avenue. This space has remained open since the academy was founded. Originally a swampy meadow in front of Seminary Row, it was gradually improved in the 1810s and 1820s. The construction of Foxcroft, Pearson, and Bartlet Halls involved the creation of a terrace, which was enclosed by granite bollards linked by chain in 1821. 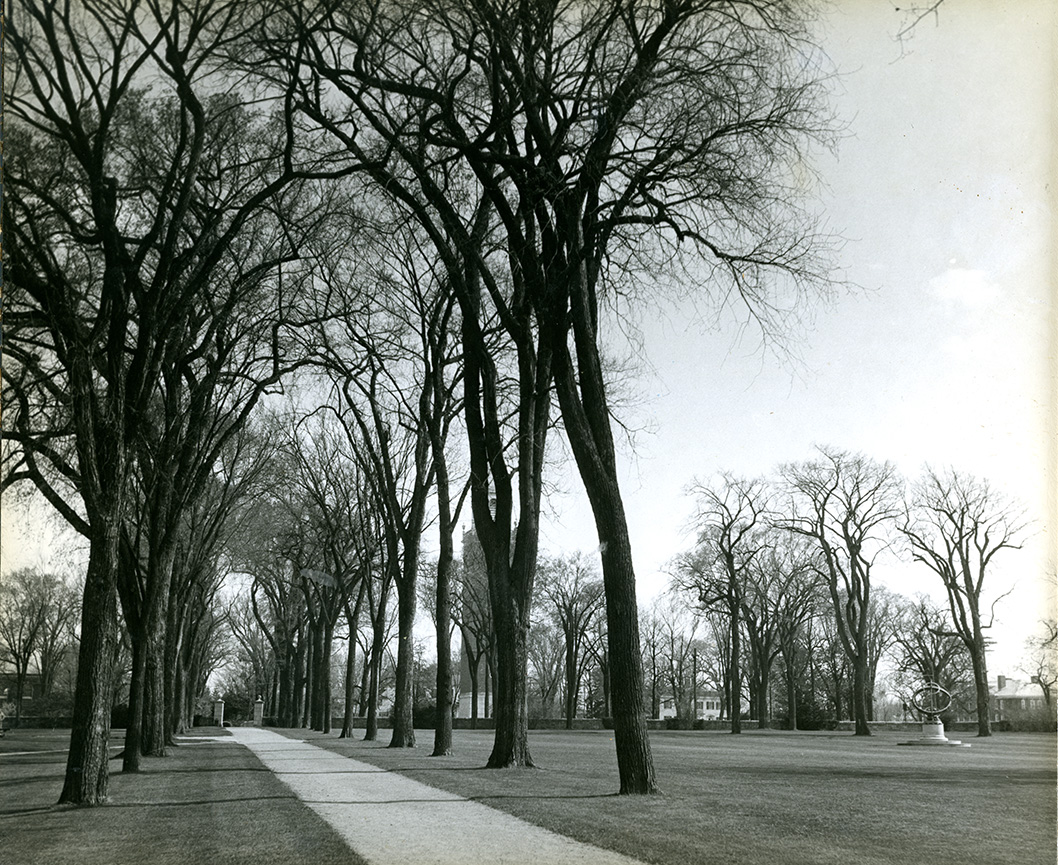 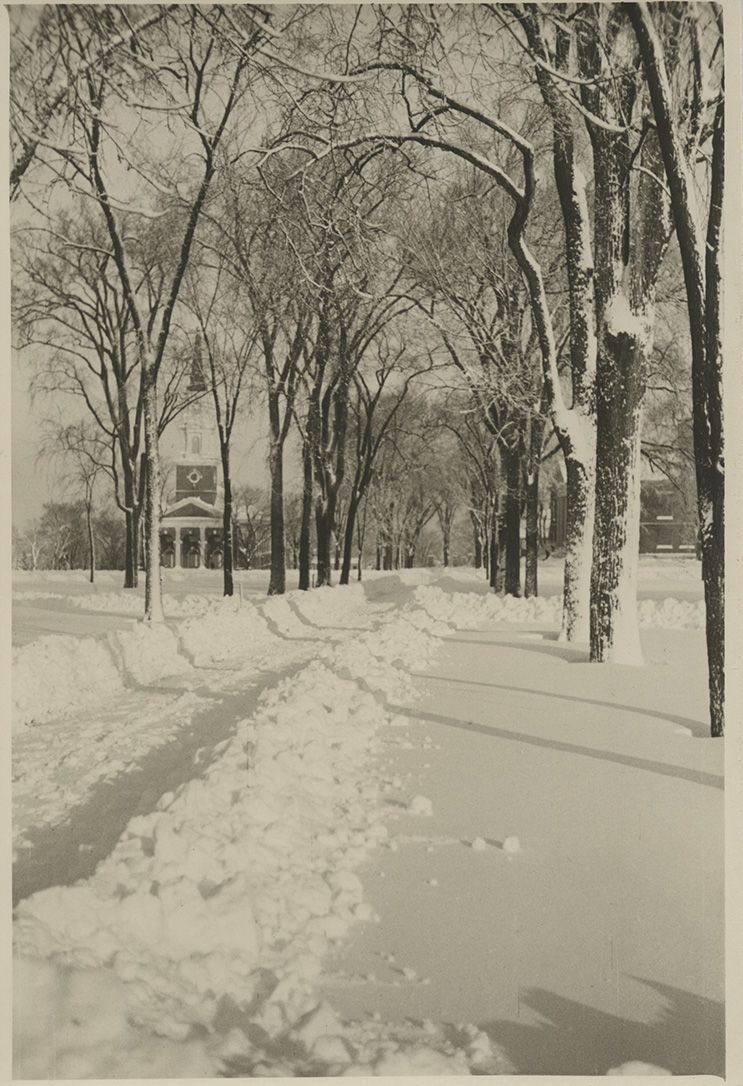 The Elm Arch stands in front of the former Seminary Row, where first Phillips Academy principal Eliphalet Pearson is said to have laid it out in the early 19th century. Samuel Farrar, treasurer of Phillips Academy from 1803 to 1840, was an ardent tree planter, and the present Elm Arch (in prior times called the Elm Walk and Cathedral Arch) was his inspiration. None of the trees planted in that era still stands today; most of the Academy's elms are third and fourth generation. In November 1921, an ice storm seriously damaged trees along the Elm Arch as well as elsewhere on campus and along Main Street. Of the Academy's 772 elms standing at the time, only 31 had to be taken down. And another 200 were damaged so badly that the Academy hired experts from the Arnold Arboretum and Olmsted Brothers to supervise the hazardous work of salvage. The bill from the Olmsted's was $4,860. Activism by biology instructor Tom Cone and students in the Andover Ecology Action club pushed the Academy to launch a program in 1978 of careful, consistent, and constant pruning of branches infected with Dutch elm disease, which has kept further tree losses to a minimum.

Despite some losses from Dutch Elm disease, the allee remains the Great Lawn's defining north-south axis. The Andover Theological Seminary library, Brechin Hall (1865), once stood at the southern end of the Elm Arch, near the current site of the Armillary Sphere. Brechin was torn down in 1929 largely because it interfered with the broad sweep across the lawn from Salem Street to Chapel Avenue.