The Bladensburg World War I Memorial, better known as The Peace Cross, arose in the aftermath of World War I to pay homage to fallen heroes from the local area. Designed by local artist, John Earley, its attachment to The Great War only describes a portion of its significance; it also speaks to evolving attitudes regarding church and state as many have recently challenged the legality of Christian symbolism on public lands. 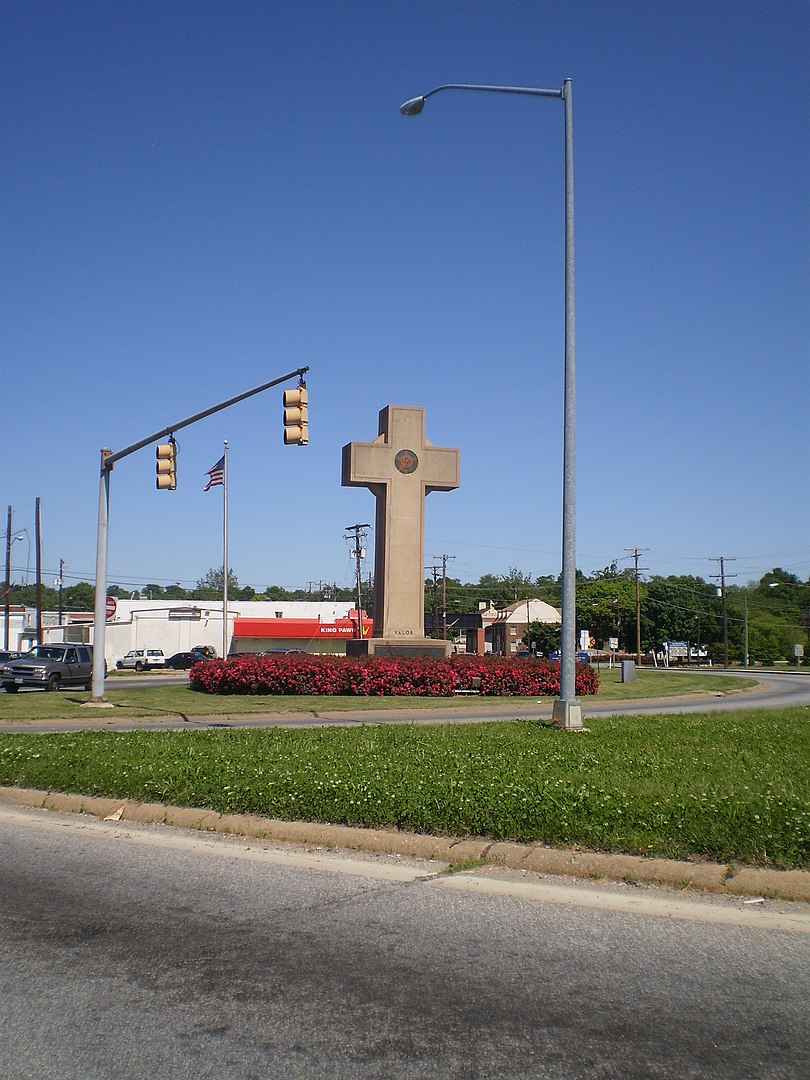 The Peace Cross, erected 1919 to 1925 as a monument to Prince George's County residents who lost their lives serving in the United States Armed Forces in World War I. Also, the cross enjoys architectural significance as an example of the work of John J. Earley (1881-1945), a Washington, DC area artist.

In the few years following the First World War, a nationwide trend to erecting community memorials to fallen soldiers arose; The Peace Cross exists as one of those many monuments. In addition to the imposing cross, The Peace Cross includes a bronze tablet inscribed with the names of the forty-nine county citizens from the area who died in the war.

It also stands as an example of the work of John J. Earley (1881-1945), a Washington, DC area artist and contractor who innovated a process involving decorative use of concrete aggregates. Beginning in 1916, Earley developed and refined the medium of "concrete mosaic" or exposed aggregate, which transformed the construction trade by allowing for factory fabrication of precast polychrome concrete building panels. Earley's work can be found in numerous buildings in the D.C. area and throughout the country.

It's existence on public grounds recently pushed some to seek its removal, as certain groups felt the Christian symbolism violated principals of separating church and state. Indeed, the Fourth Circuit Court of Appeals did rule in 2017 that the location of The Peace Cross on publicly-funded lands was unconstitutional. However, the case made its way to the Supreme Court, who, in 2019, overrulled the Fourth Circuit Court by stating that The Peace Cross did not violate the U.S. Constitution Establishment Clause.

Note: Portions of this text were taken directly from the National Register of Historic Places Registration Form, written by Elizabeth Breiseth and Paul Weishar and located at https://mht.maryland.gov/secure/medusa/PDF/NR_PDFs/NR-1560.pdf.