Designed by architect Edward F. Neild, the Scottish Rite Temple is one of downtown Shreveport's most impressive landmarks. It was built in 1917 and is a fine and fully developed example of Beaux-Arts architecture. The building appears to be two-stories tall but it has a basement and third-story mezzanine. It features numerous decorative elements including an elaborate front entrance with large Corinthian columns. The interior features a large auditorium, library, a banquet hall, and a matching marble staircases. Neild was a Scottish Rite freemason, a prominent architect, and a friend of President Harry Truman for many years. Truman was impressed with Neild's work and commissioned him to design the Jackson County Courthouse in Missouri and also major renovations of the White House (Truman also commissioned Neild to design the plans for the Truman Memorial Library but Neild passed away before he was finished). The Temple is available to rent for weddings and other events.

Erected in 1917, the Scottish Rite Temple is one of the most architecturally striking buildings in Shreveport. 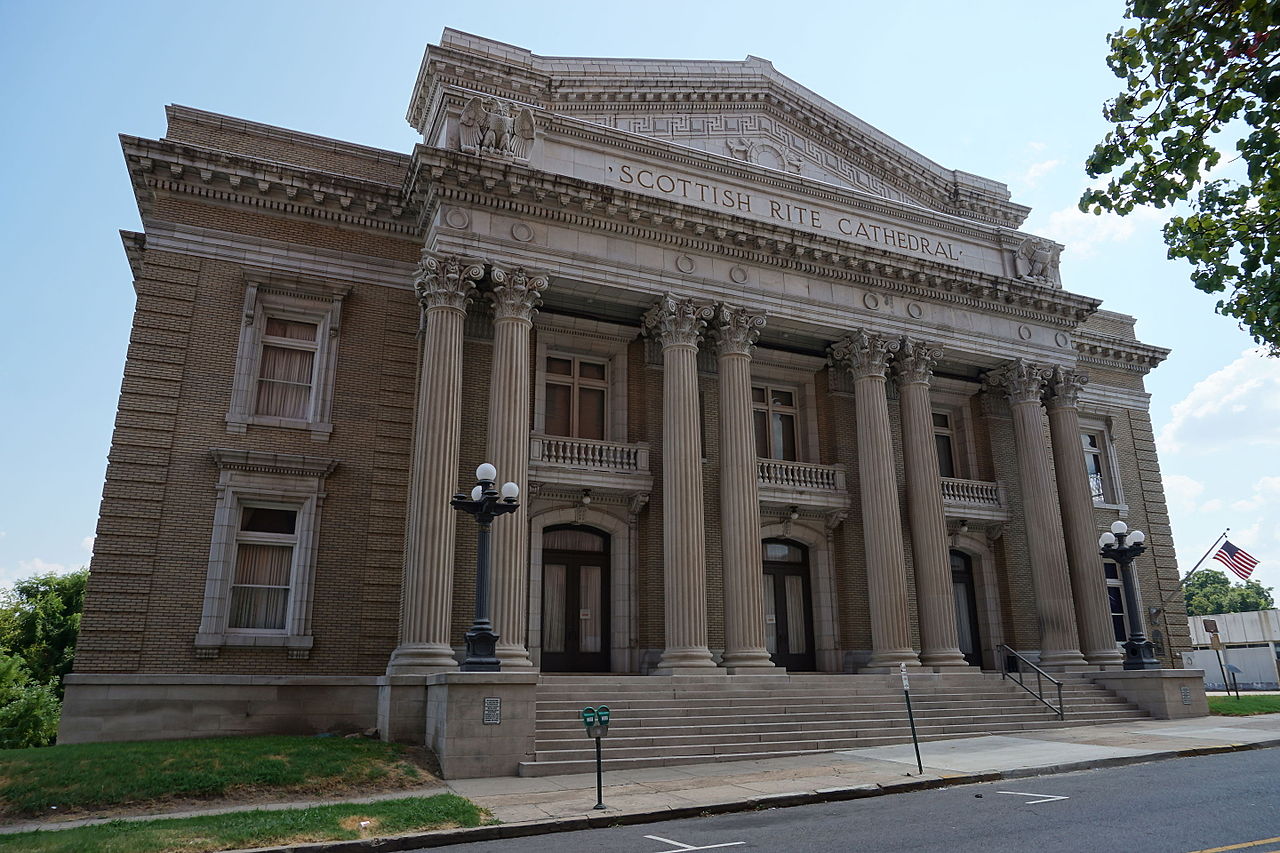 The temple was built by the local chapter of the Scottish Rite Freemasons, a fraternal (male) social and philanthropic organization that was established in England in the 18th century. Here in Shreveport, a group of Scottish Rite members met for the first time in 1910 at another temple located on the corner of Market and Travis Streets. In 1912, they started to plan for the construction of the current building and the work got underway in 1915. The building features many original light fixtures, furnishings, and 92 hand-painted stage backdrops. Another highlight is the Pilcher and Sons Pipe Organ, which is still used today. It was added to the National Register of Historic Places in 1986.