The Danville Museum of Fine Arts & History is located in the Sutherlin Mansion on Millionaires Row in Danville, Virginia. Built for William T. Sutherlin in 1859, the house has become well known as the "Last Capital of the Confederacy." It served in this capacity from April 3 until 10, 1865, just weeks before the Civil War came to an end. In 1974, the house was opened as a Fine Arts & History Museum. 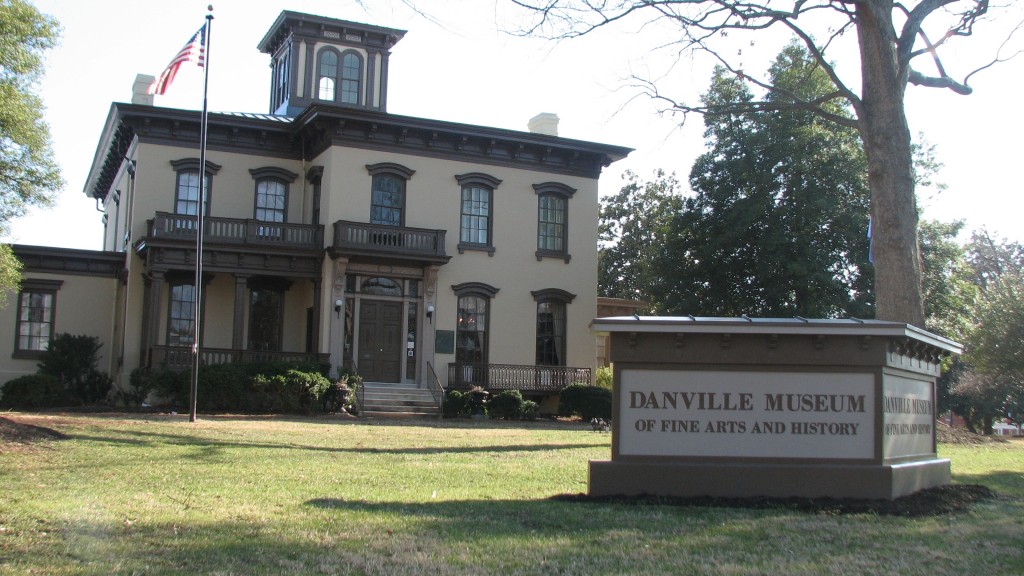 The Danville Museum of Fine Arts was established in 1974. The Museum seeks to preserve and promote historical artifacts from the Dan River Region and promote contemporary artists in the area. The Sutherlin Mansion, Swanson Studios, a research library, and the Perkinson Rose Garden can be found on the grounds of the museum.

Along with the Mansion, the Museum also promotes both antique and modern art of the area. The Museum hosts rotating exhibits on a quarterly basis. Their permanent collection includes art from the area as well as art that was collected by prominent historical figures, such as Miss Mabel Kennedy the Dean of Stratford College.

The Secrets Inside Guided Walking Tour

Learn little-known facts about the historic buildings and former residents on or near Millionaires Row. An easy 90 minute stroll takes you into the heart of Danville's Old West End Historic District where you'll marvel at the beautiful Victorian mansions and churches. Your guide will tell you stories about the people who lived in the houses and the secrets within their walls. Reservations required. $8 donation to Danville Historical Society. Call 434-770-1974.