Nassau Hall is the oldest and most historic building on Princeton's campus. A National Historic Landmark, it was built in 1756 and designed by Robert Smith, a prominent architect who specialized in the Georgian style. The hall played a prominent role during the Revolutionary War, suffering from occupation of both American and British forces, and at the Battle of Princeton on January 3, 1777, when the Americans attacked the British soldiers inside. Furthermore, it became the country's capitol when the Continental Congress met here from June to November 1783. During this time, the Congress learned that the British accepted the terms of the peace treaty to end war and subsequently accepted George Washington's resignation as commander of the Continental Army. Nassau Hall today houses administrative offices, including that of the university's president.

Built in 1756, Nassau Hall is Princeton's most historic building and a National Historic Landmark. 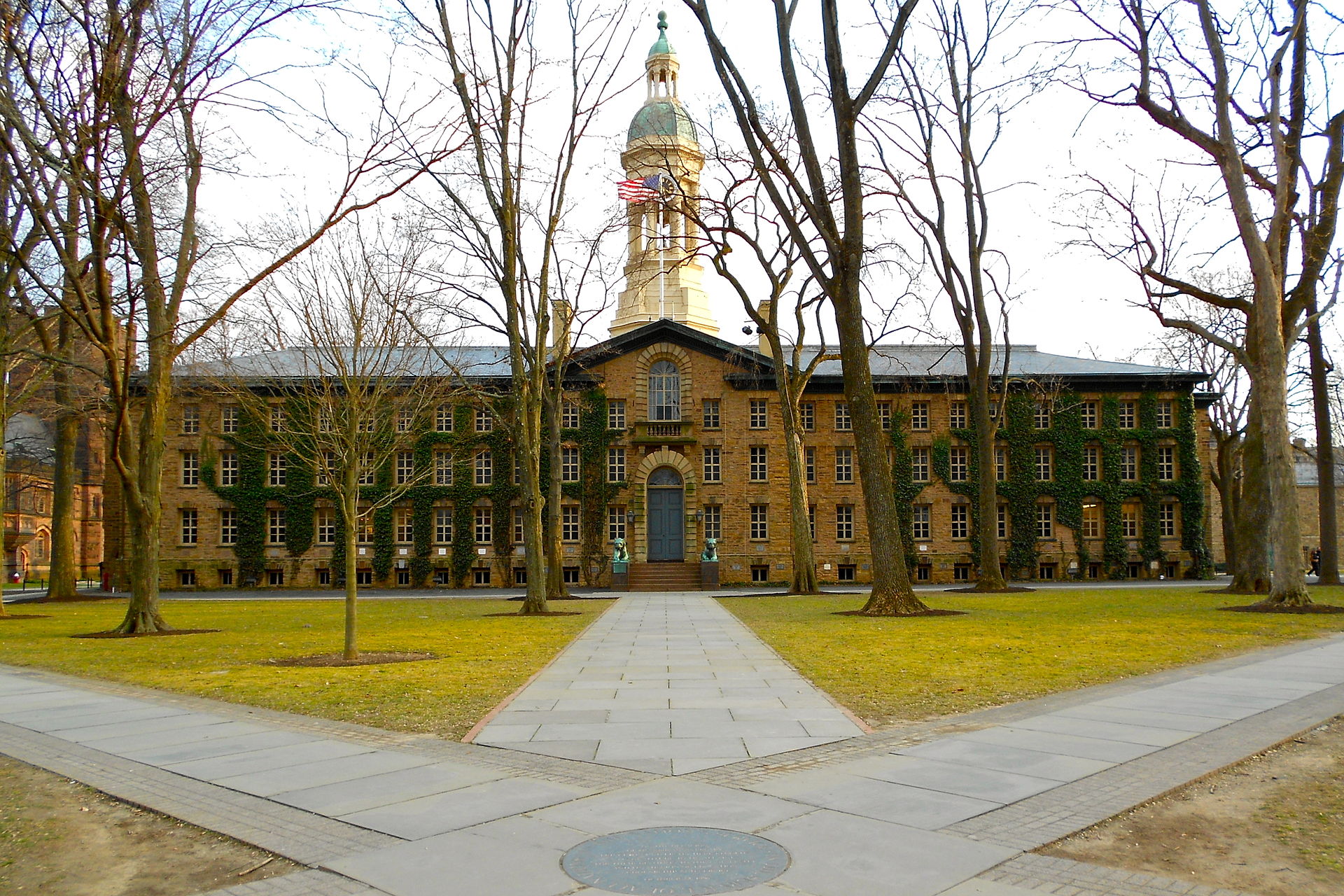 Nassau Hall has been used for numerous purposes over its history including classrooms, residences, a natural history museum, faculty offices, a chapel, and a library. It was twice gutted by fire, in 1802 and 1855, and remodeled after each time. As such, its appearance shifted from Georgian to Federal, and then to its present Italianate appearance. Two towers were added to either end of the building during the second renovation but were removed in 1905.