The Peacock Inn at Princeton University

This historic home was constructed in the colonial era and purchased in 1779 by Jonathan Deare. At that time, the home was at the corner of Nassau Street and University Place and Deare rented rooms and meals to travelers, including members of the Continental Congress. The home was purchased and moved to this location in 1875 and converted it into a hotel. The business was later renamed the Peacock Inn in 1911. People such as F. Scott Fitzgerald and Albert Einstein are among the guests of the Peacock Inn. 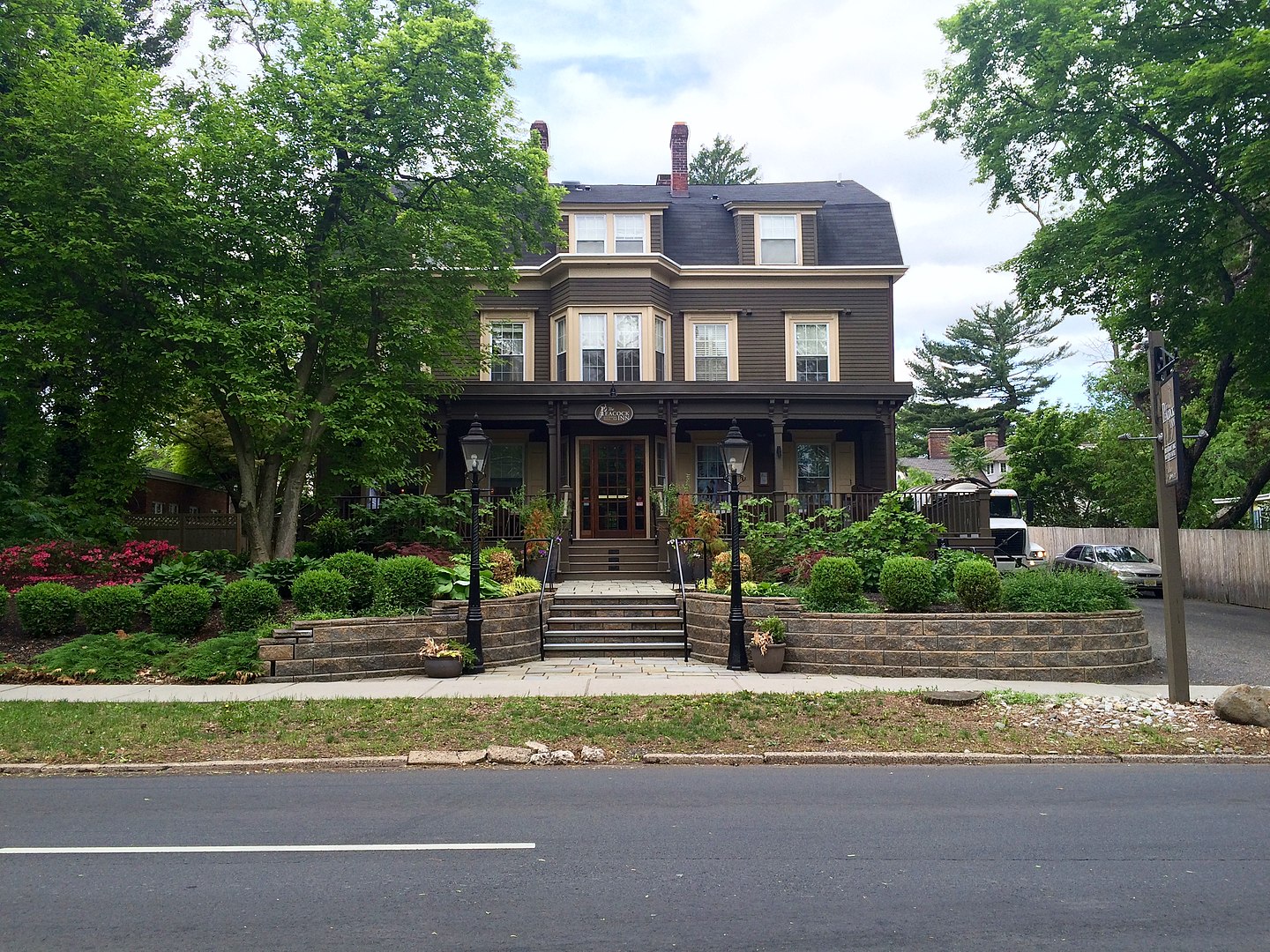 Though the modern-day Peacock Inn opened in 1911, its history dates back to the Colonial Era when tit was operated by Jonathan Deare, a member of the Continental Congress, who purchased the home in 1779. Deare offered rooms and provided meals to members of the Continental Congress at that time. A group purchased the Deare house in 1875 and moved it to its present location within the Princeton Historic District on Bayard Lane in 1875, and converted it into the Princeton Hotel Company. A couple purchased the hotel in 1911 and renamed it the Peacock Inn.

Before the property was known as the Peacock Inn, it operated as the Princeton Hotel Company. The hotel president, Mr. Libbey, enjoyed local fame as a Princeton graduate, a professor at the University, as the person who established orange and Black as the University colors, and as one of the first local residents to own a telephone. The hotel transitioned to its present name, Peacock Inn, in 1911 after Joseph and Helen O'Connor purchased the property and named it after an inn in Midland England. The peacock symbolized royalty, good food, and good luck.

The hotel history offers several engaging stories. For instance, F. Scott Fitzgerald stayed there as did lauded physicist, Albert Einstein. The basement of the Peacock Inn served as a speakeasy during Prohibition; patrons referred to it as Peacock Alley. Finally, in 1954, the Princeton football team met together on the Inn's porch and, due to their collective weight, caused it to collapse under them. Fortuitously, a photographer stood nearby and captured an award-winning shot of the incident that Sports Illustrated featured.

Barry and Elaine Sussman purchased the Inn in 2006. The couple spent three years renovating the Inn, leading to a grand reopening in 2010. In 2018, the Peacock Inn Restaurant closed its doors. However, in May 2018, Genesis Hospitality purchased the Peacock Inn and subsequently reopened its upscale fine dining restaurant. With renovated rooms and a re-imagined restaurant, the award-winning boutique hotel and fine dining restaurant are once again part of the Princeton community.

Hageman, John Frelinghuysen. History of Princeton and its Institutions: The Town from its First Settlement, Through the Revolutionary War, to the Present Time. Philadelphia: J.B. Lippincott & Co., 1879.